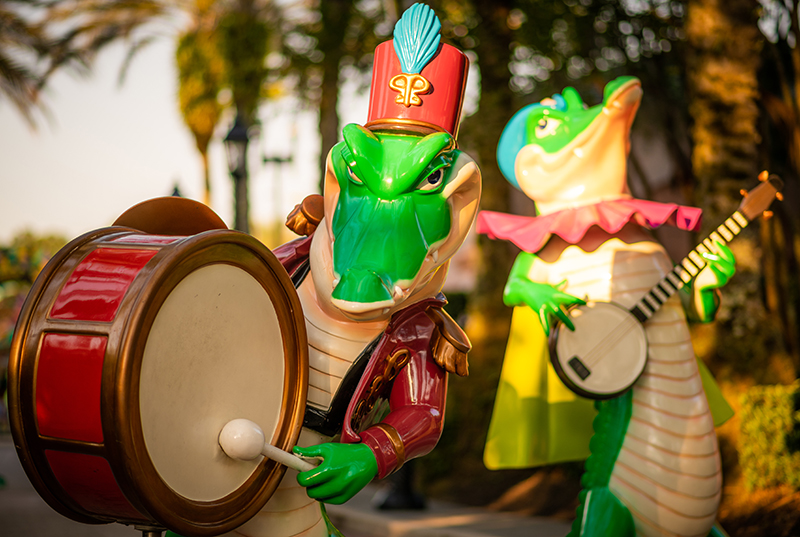 Mardi Gras week plus the holiday weekend of Presidents’ Day, Lunar New Year, and Valentine’s Day plus scattered winter school breaks resulted in heavy crowds at Walt Disney World. This stretch of February is typically one of the busiest times of the year, with higher wait times, attendance, and congestion in Magic Kingdom, EPCOT, Animal Kingdom, and Hollywood Studios.

As we stressed repeatedly months beforehand, that week was a “red flag” on our 2021 Walt Disney World Crowd Calendars. We predicted it would be the busiest week of the first quarter of the year, and one of the worst 5 weeks of the entire year at Walt Disney World. We highly recommended anyone with flexibility in travel dates avoid that week.

This anticipated attendance spike came amidst a relatively quiet couple of months. In fact, Winter Off-Season Crowds Were Down Over 40% at Walt Disney World in January and continued to drop in early February. Nevertheless, we continued to warn that the long holiday weekend and subsequent week of Mardi Gras would be chaotic. So…how did our predictions hold up to actual crowd levels at Walt Disney World during Mardi Gras and the assorted holidays?

If you’ve seen photos on social media or park reports on other blogs, you already know the answer to this. Crowds started swelling a couple of days in advance of the Presidents’ Day (etc.) long weekend–we started spotting an increase in LSU and Saints shirts that Thursday. That weekend was incredibly busy with Mardi Gras week continuing the trend of heavy crowd levels.

The final weekend of Mardi Gras was particularly busy. All four Walt Disney World theme parks hit capacity for all ticket types and Disney did a last-minute extension to weekend park hours. This came after Walt Disney World previously extended hours several times, with closing times of 10 pm and 11 pm some nights for Magic Kingdom and EPCOT. This is several hours later than normal 7 pm and 8 pm park closing this time of year, and suggested Disney’s internal forecasts were projecting a busy week.

As it turned out, the week of Presidents’ Day and Mardi Gras was one of the busiest weeks of the year at Walt Disney World. It was especially bad for Magic Kingdom.

The story was similar at Animal Kingdom, which was above holiday season peaks. As you can see in the scatter plot above, Mardi Gras waits were nearly double what they were just the week before, and have already dropped back to normal levels in the days since.

At Animal Kingdom, this was second-busiest week there since last July, with wait times triple that month and August levels.

EPCOT likewise went from averaging 16 to 22 minute wait times from mid-January through mid-February to 35 minute waits. The above graph also underscores the difference between holidays/weekends v. weekdays (the spikes are all Saturday and Sunday or holiday breaks).

Below, you can see that Disney’s Hollywood Studios was up significantly as compared to the mid-January to mid-February, but more or less on par with weekly October through December levels. As we’ve stated repeatedly, DHS is always an anomaly because it’s often coming close to park capacity.

We’re sharing this not to take a victory lap because our forecast was dead on the money–we also point out when we get crowd predictions wrong. Rather, we’re pointing it out because this happens every single year and there’s a lesson to be learned. It’s not boasting, it’s preserving for posterity a record of crowd levels this year so fans aren’t caught off-guard when it occurs again, plus predictions for Walt Disney World crowds in February 2022 and 2023.

You know what they say? “Fool me once, strike one. But fool me twice… strike three.” ~Michael Scott 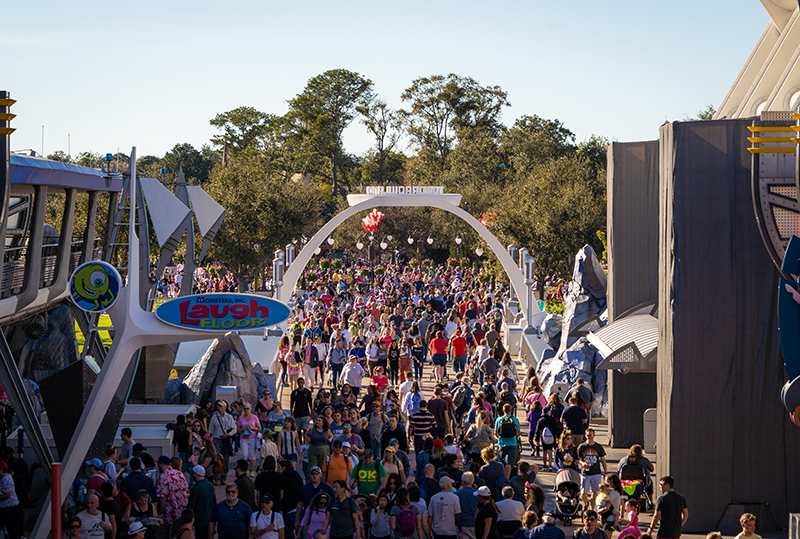 It’s understandable that the spike in crowds continues to surprise Walt Disney World fans year after year. There are probably several factors at play here.

First, reports of low crowd levels for two months or so beforehand lull people into a false sense of security and optimism that off-season trends will continue. If you’re seeing rock-bottom wait times one week, you probably don’t expect those to (essentially) double overnight. But they do. 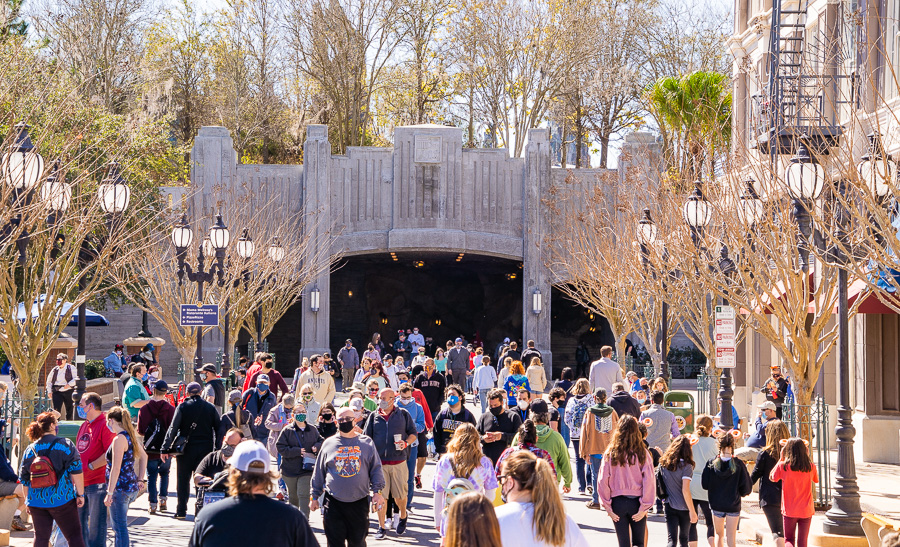 Second, while most people are generally aware of the aforementioned February holidays, not many people have them off work. Presidents’ Day and Mardi Gras are not exactly like Thanksgiving, Christmas, or New Year’s Eve. The degree to which a couple of states or a region having a school break can impact Walt Disney World crowd levels is actually pretty significant.

If you live in the Midwest, you may not be aware that Mardi Gras is a “big deal” and popular travel period for the Southeast. It’s also a popular winter break for some Northeast school districts. If you don’t live in those locations, it’s an understandable blind spot. The same thing happens with Jersey Week, which impacts crowd levels at Walt Disney World. 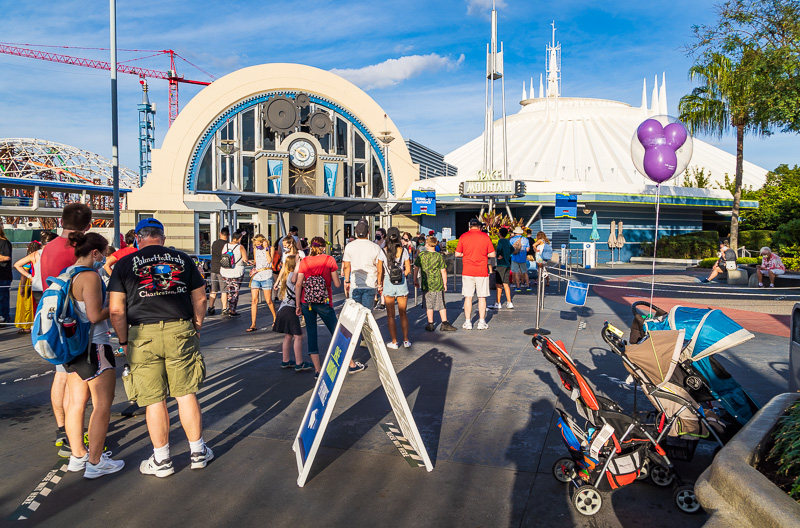 Essentially, our point here is that this is going to happen again next year…and the following year. Don’t dismiss this year’s crowds as an aberration because of Disney’s capacity constraints or Mardi Gras events in New Orleans being cancelled. While those almost certainly factored in and exacerbated crowd levels, that week would’ve been bad regardless. 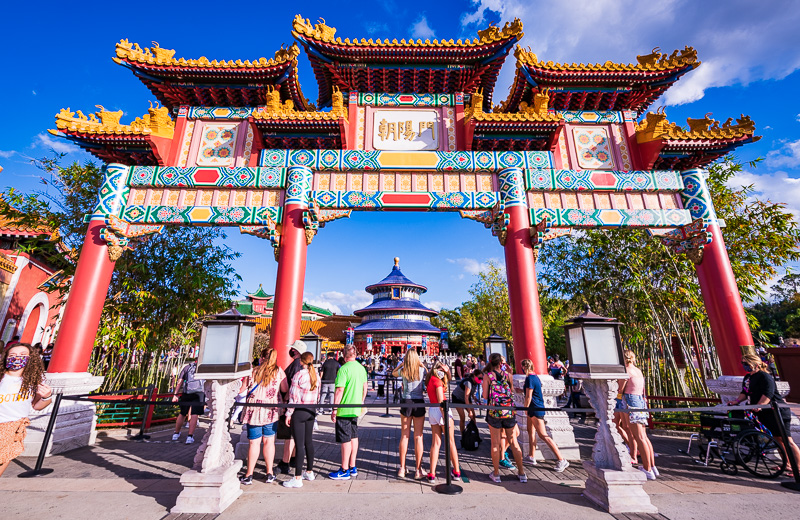 The good news is that in 2022, all of these holidays are more spread out. Lunar New Year is February 1, 2022 and Valentine’s Day is February 14, 2022. This means rather than everything converging in a single week, Walt Disney World will likely see some degree of elevated crowds throughout the month, with the last week of February and first week of March 2022 being particularly bad–but not as bad as this year.

Conversely, the 2023 winter crowd spike should more closely mirror this year with Mardi Gras and Presidents’ Day coinciding. We’ll say it now so you have two years to plan and aren’t caught flatfooted at the last minute: avoid February 17-26, 2023 at Walt Disney World! 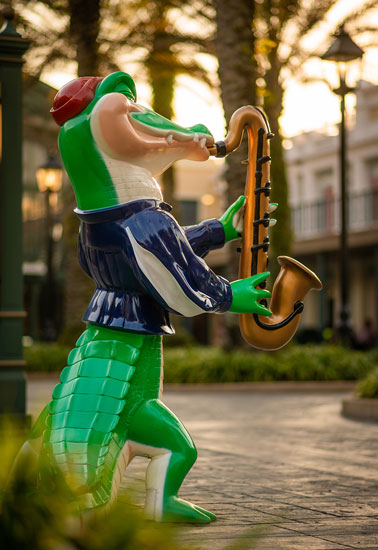 Most of you probably aren’t planning 2 years in advance. In the near term, crowd levels are already returning to winter off-season norms at Walt Disney World with those holidays now in the rear-view mirror. Looking forward, Spring Break and Easter are the next ‘events’ that will have a significant impact on attendance and wait times.

If you’re contemplating a visit in the next couple of months, we’d recommend consulting our March 2021 Crowd Calendar for specific best and worst dates to visit Walt Disney World. In particular, avoid Osceola and Orange County K-12 Spring Breaks. Same goes for our April 2021 Crowd Calendar, although the spike there should be more obvious. 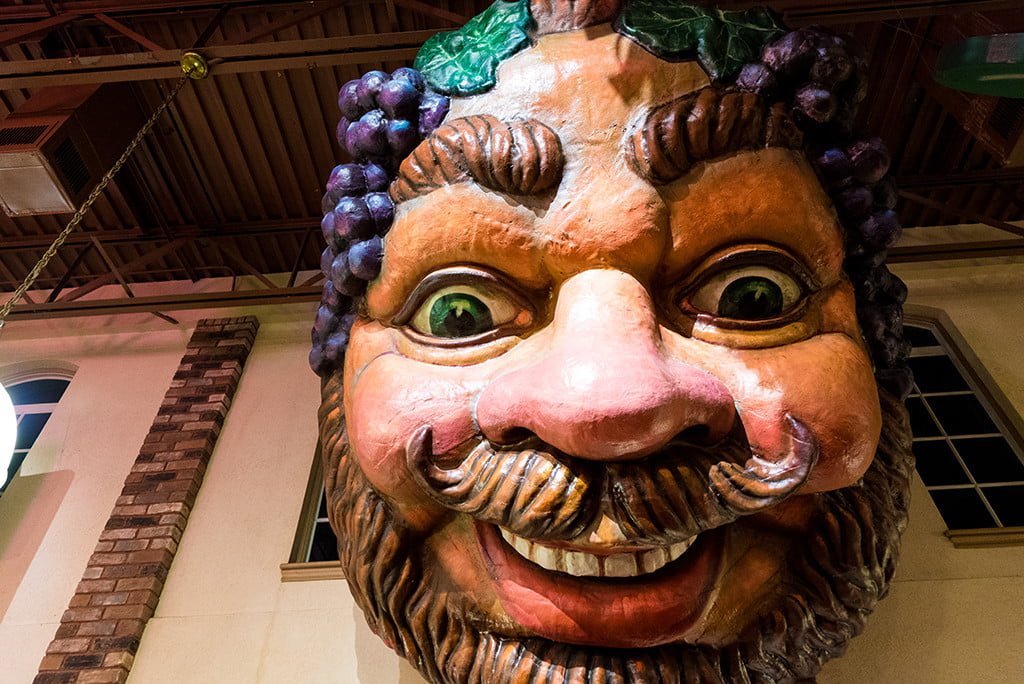 Overall, attendance levels at Walt Disney World are becoming increasingly difficult to predict. For the last few years, we’ve cautioned against over-reliance on crowd calendars (including our own!) for more distant dates. That’s truer than ever right now; I honestly cannot predict with a high degree of accuracy how crowded September 14, 2021 or November 3, 2021 will be–or even which will be busier. At this point, no one can.

However, I can predict with almost complete certainty that the aforementioned week two years from now in February 2023 will be crowded at Walt Disney World. Unless America stops honoring its leaders or New Orleans gives up partying, it’ll be bad. It’s not a matter of our crystal ball having hyperopia or haziness at random. Some dates are just easier to predict than others; right now, school calendars and holidays provide the most “crowd clarity.” Plan your winter off-season visits to Walt Disney World in 2022 and 2023 accordingly to avoid these “surprise” peak season crowds!

Have you visited Walt Disney World during Mardi Gras, Presidents’ Day, Lunar New Year, or Valentine’s Day? Were you in the parks during any of these holidays in 2021? What did you think of the crowds? Any parks, times of day, or days of the week noticeably worse than the others? Did you notice a significant difference between posted and actual wait times? If you visited in the weeks before/after Mardi Gras, did you notice a big difference in crowd levels? Visited for past Mardi Gras weeks? Do you agree or disagree with anything in our crowd report? Any questions we can help you answer? Hearing your feedback—even when you disagree with us—is both interesting to us and helpful to other readers, so please share your thoughts below in the comments!