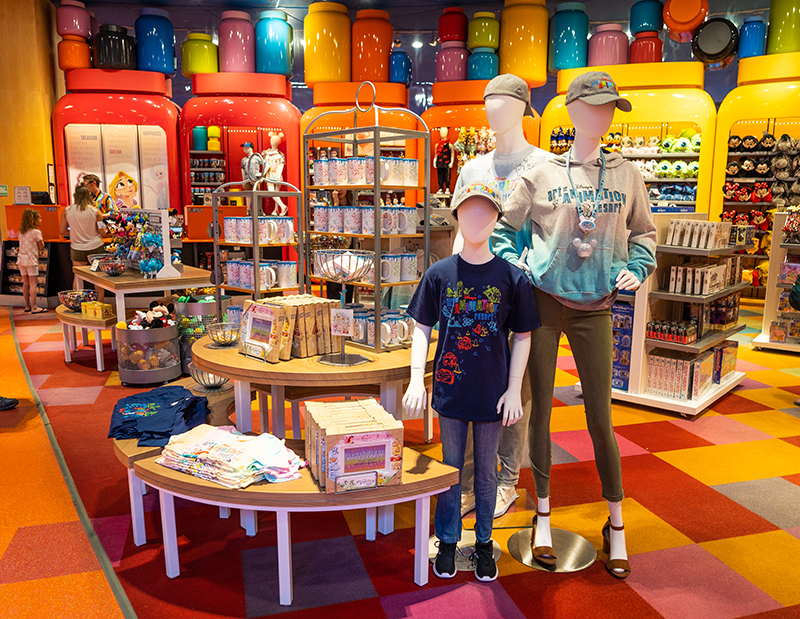 While strolling around Art of Animation Resort for our latest Skyliner Gondola Update and random photos, we decided to pop into the Ink & Paint Gift Shop to grab photos for the upcoming sequel to our New Hotel-Specific Walt Disney World Merchandise post.

The sequel to that surprisingly popular post is still in the works, but since we have a decent number of items from Disney’s Art of Animation Resort, we figured we’d do a standalone post for these new items, plus a slew of random photos from around the hotel. We’re debating doing the same for Wilderness Lodge, so please let us know which you prefer.

We had just visited Ink & Paint last month, as well as around Christmas-time, so I knew Art of Animation had a good selection of resort-specific merchandise. Definitely better than the other Value Resorts, including Pop Century, which is in the above article.

To our surprise, the selection was dramatically different from what we had seen a month or so earlier. Most items featured the same logo and base design that highlights characters from Lion King, Little Mermaid, Cars, and Finding Nemo (the resort’s four sections), but on different items.

Some of the new items at Disney’s Art of Animation Resort are pretty cool, and different from the formulaic styles around Walt Disney World, so let’s take a look… 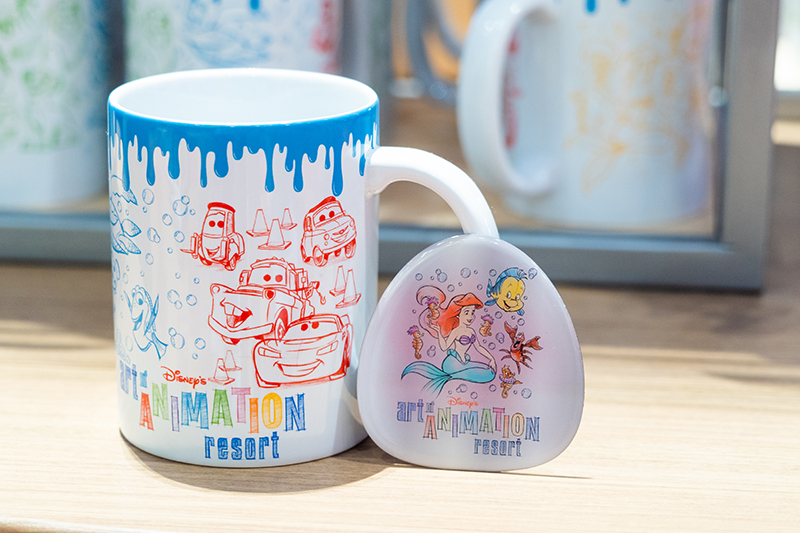 I like this mug, but not as much as the Pop Century one I still haven’t purchased. The appropriately vibrant nature of Art of Animation Resort merchandise means the only things I’d personally buy are non-apparel.

The other thing is a magnet. Initially, I thought it was an oversized guitar pick, which would have made literally no sense whatsoever. 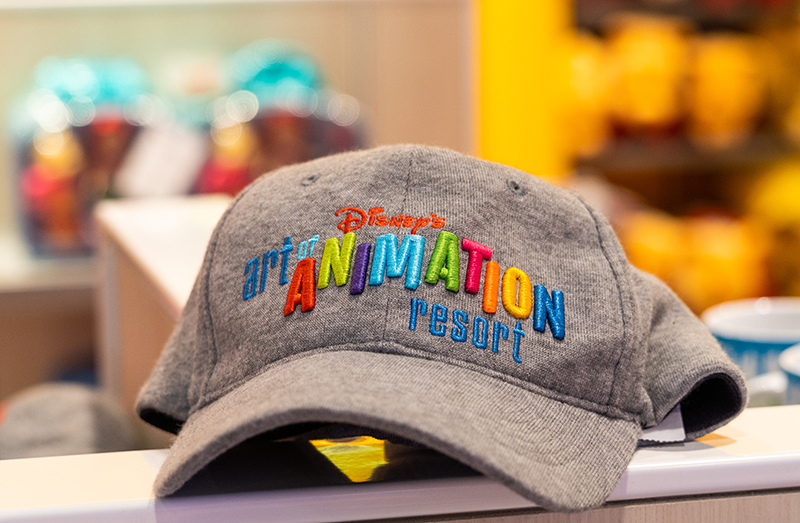 This fitted jersey hat is the best item of the bunch, in my estimation.

It’s pricey at $28, but it’s incredibly soft and colorful yet a bit more restrained than the other items. The hat Art of Animation used to sell had a similar logo, but the rest of the design was way over the top. 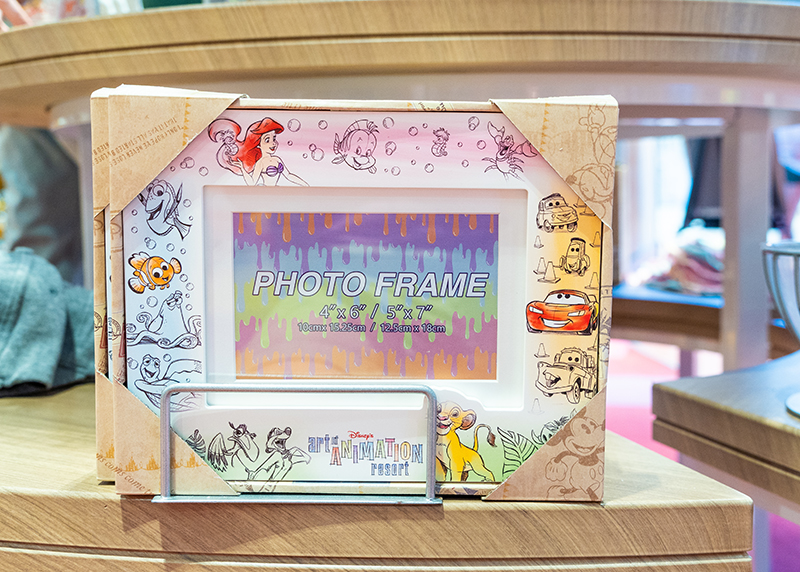 I don’t believe this picture frame is new, but it’s cute nonetheless.

Would be perfect for one of the six dozen photos you’re sure to take of your family with the Mater statue, globally renowned as the best Christmas card location at Walt Disney World. 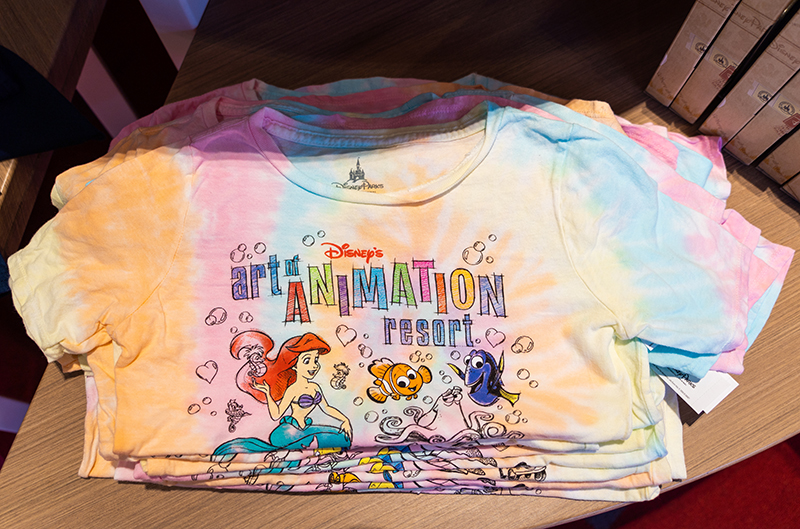 This shirt isn’t my jam, but that doesn’t matter anyway since it’s for children.

As a kids shirt, I think it works great. You’ve already got the colorful logo and characters, might as well double down with tie-dye. 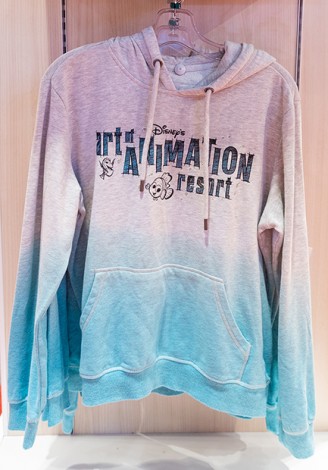 In terms of logo and character design, this is a bit on the subtle side.

That is, until you get to the turquoise lower half of the hoodie. 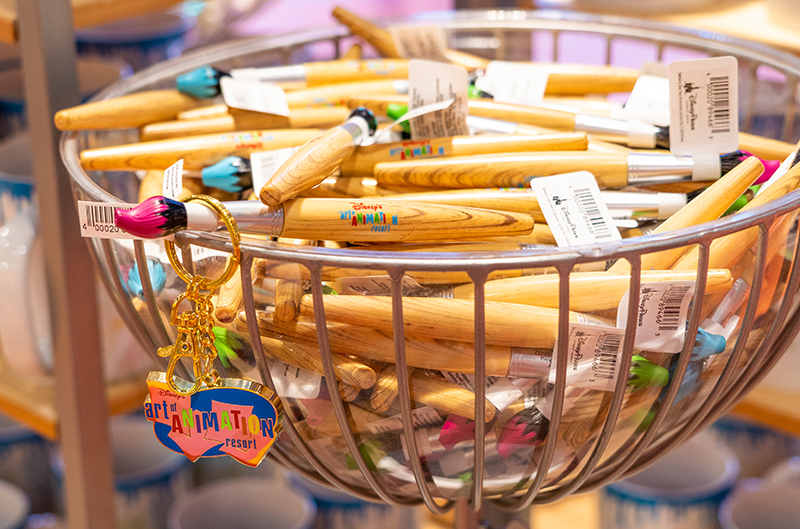 These are two separate items, a paintbrush ink pen and a keychain.

Both are a bit on the pricey side, but I have to admit that the ink pen is pretty clever, and on-theme. 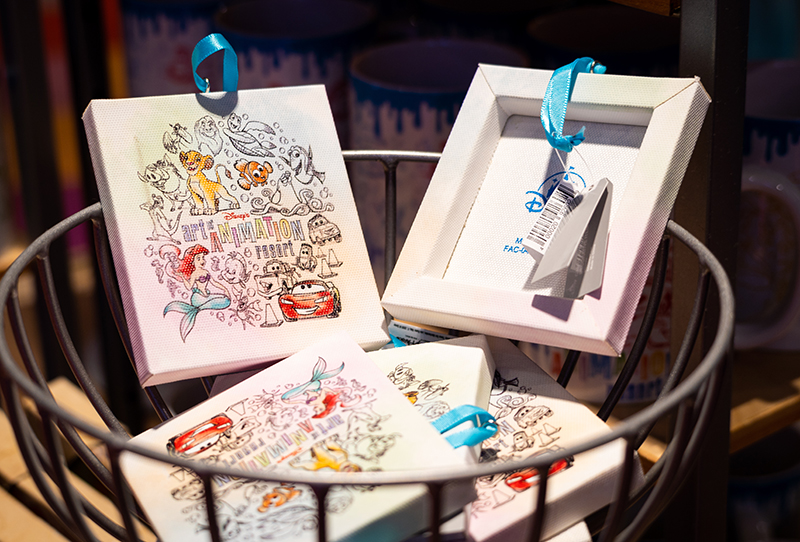 This is a Christmas ornament, or so I’m told. Initially, I thought it was just a miniature canvas for hanging in, I don’t know, a dollhouse or something.

Between this and the whole guitar pick blunder, I’m going to earn myself a reputation for not knowing what everyday items are. (This is why I do all of my shopping on Amazon dot com, which has a highly educational “description” section.)

Now let’s take a stroll around Art of Animation on what was a pretty but hot winter day.

The above photo would be perfect if the “M” weren’t covered in…I don’t even want to know what that is. 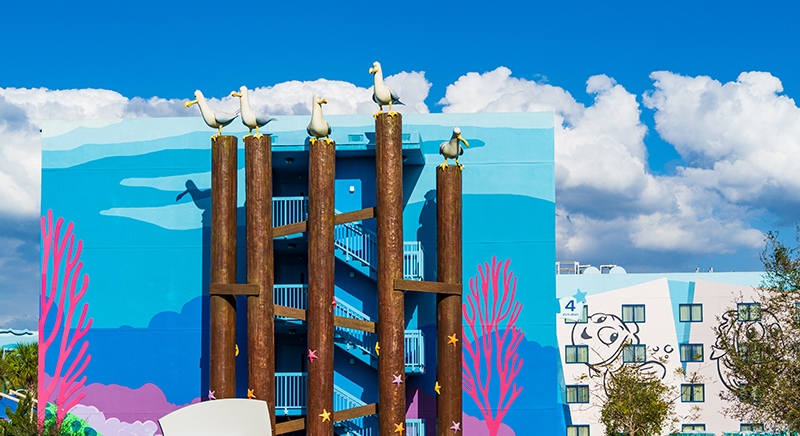 I wanted to take more photos of the Finding Nemo section, as I have the least of those.

However, the Big Blue Pool was absolutely packed, so that would’ve been weird. We really need to do another stay at Art of Animation, because dawn and sunrise are undoubtedly the best time to photograph this area without being creepy about it. 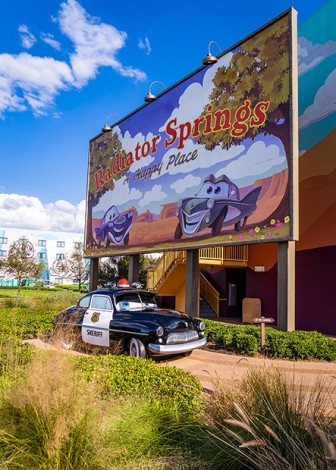 I love the Cars section of Disney’s Art of Animation Resort.

It received a lot of criticism when the hotel opened–right around the same time as Cars Land at Disney California Adventure. 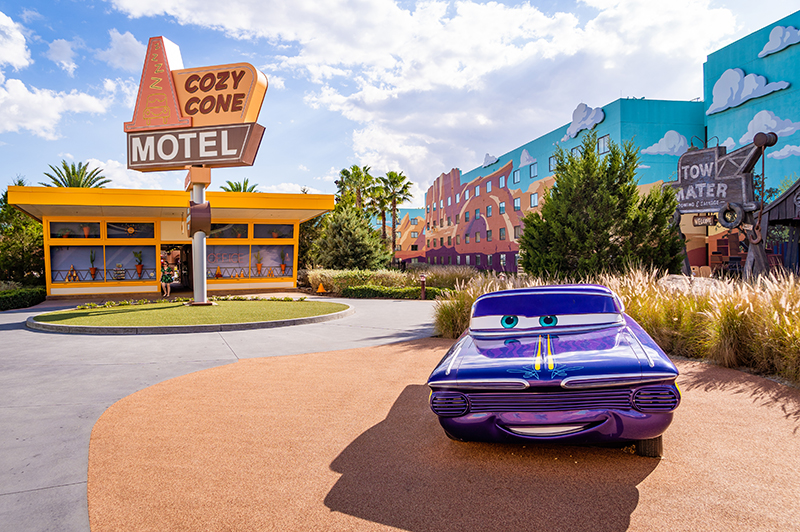 Obviously, there are going to be some differences in quality between one of Imagineering’s most lavish theme park lands, and the decor at a Value Resort. 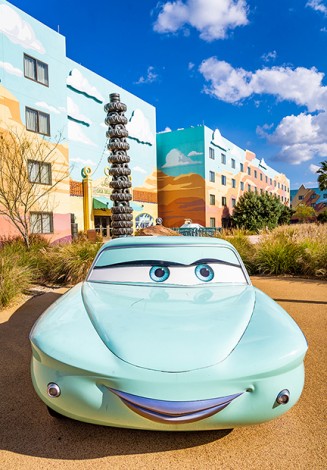 Nevertheless, the pathways here evoke a sense of walking down Route 66. The depth of theming is not top-notch, but the vibe is good. 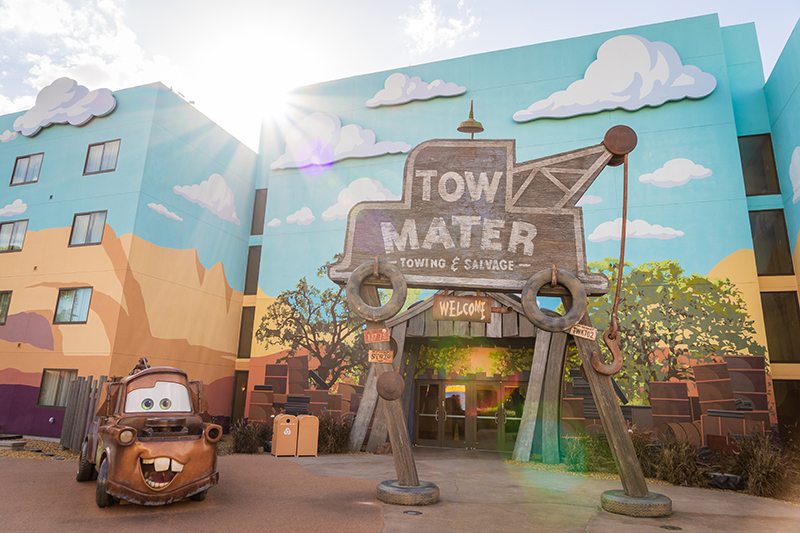 In short, it’s an area that is charming, enjoyable, and more thematically coherent than what you’ll find at most Value Resorts.

It’s certainly not the paragon of themed design, but it’s not deserving of the criticism it has received, either.

That wraps up this Disney’s Art of Animation Resort merchandise post and ‘photo stroll’ of the resort. As we continue to toy with new post concepts, I’m curious how you enjoyed this (or didn’t). I love wandering the resorts at Walt Disney World and taking photos, so if I have an excuse to do more of that, I’d love to know!

What do you think of Disney’s Art of Animation Resort merchandise? Would resort photo strolls, even when there’s nothing new to offer as an update, be interesting? Should merchandise posts cover multiple resorts, or is it preferable to have topics done by resort? Any questions we can help you answer? Hearing your feedback–even when you disagree with us–is both interesting to us and helpful to other readers, so please share your thoughts below in the comments!