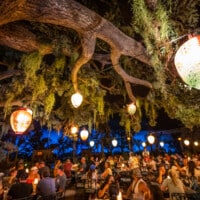 Sebastian’s Calypso Kitchen is a Disney restaurant themed to The Little Mermaid, and is set under the sea with fish, seashells, and even a sleepy whale. This restaurant review features ‘under the sea’ interior photos and thoughts on the food in the Mermaid Lagoon port at Tokyo DisneySea. Let’s start this by backing up and
Read More

Everyone loves Disney Parks restaurants with crossover appeal. Be Our Guest Restaurant is one of Walt Disney World’s most popular dining options because it lets you dine inside the Beauty and the Beast castle. Same goes for Cinderella’s Royal Table. Then there are restaurants inside of attractions, most famously Blue Bayou. That restaurant is an
Read More 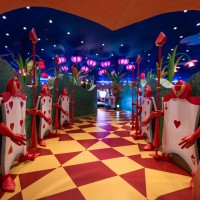 “We’re all mad here. I’m mad. You’re mad. You must be…or you wouldn’t have come here.” That sentiment applies to Disney fans in general, but especially Alice in Wonderland fans, who are a particularly ardent group. Despite the passion, there isn’t a lot in the parks. There’s Mad Tea Party plus characters at both Walt
Read More

Walt Disney’s 1954 classic movie adaptation of 20,000 Leagues Under the Sea kicked off Imagineering’s decades-long fascination with science fiction author Jules Verne. Attractions and entire lands inspired by the science fiction author have since been built at Disneyland, Walt Disney World, Disneyland Paris, and Tokyo DisneySea. Chief among these is the 20,000 Leagues Under
Read More 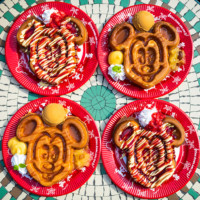 Lately, Walt Disney World has been upping its snack game (particularly at Magic Kingdom), with cute and colorful treats that are perfect for photos. It’s a nice start, especially those items that both look great and taste delicious. With that said, the kawaii foods OG and undisputed snack champ remains Tokyo Disneyland. Snacking is a
Read More 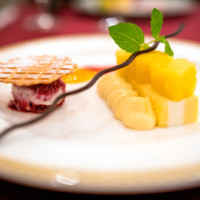 When it comes to Disney dining, the words “fine dining” and “inexpensive” don’t normally go together. Sure, there are occasional deals, like Walt Disney World restaurants that offer “secret” summer menus or participants in Orlando’s Magical Dining Month. However, those are the exceptions rather than the everyday rule. Most Signature Restaurants or other fine dining
Read More

Tokyo DisneySea has several good table service restaurants, and in this post, we rank all of them. From lounges to buffets to fine dining, you can find it all at Tokyo DisneySea, and we take into account theme, cuisine quality, atmosphere, and value for money when making this list. If you’re looking for the best
Read More 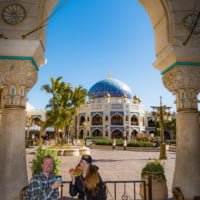 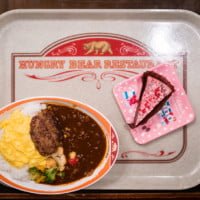 Hungry Bear Restaurant is a counter service dining location serving Japanese curry in Tokyo Disneyland’s Westernland. This TDR dining review features food photos, a look inside the restaurant, and our thoughts as to whether it’s a good place to stop for a meal during your trip to Tokyo Disney Resort. Despite sharing a name, this
Read More