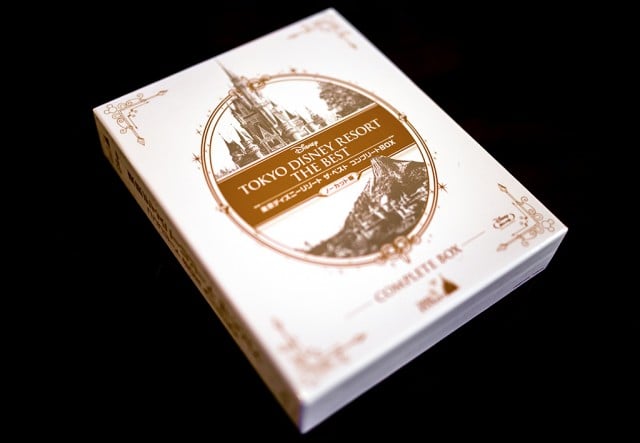 I hadn’t planned on doing a blog post about the 4-disc Tokyo Disney Resort “The Best” Blu-ray Collection (also available on DVD) I purchased when we were in Japan, but enough of you asked about it that I decided to include it in the vote for “Wildcard Wednesday,” and sure enough, it won.

The name pretty much describes what the set is, but here’s a little more info. This is a 4-disc Blu-ray collection of shows and parades shot throughout Tokyo Disney Resort’s history. There are no ride-through videos of attractions, TV specials, or anything of that sort. Just official footage shot of these full shows and parades. The discs are organized by season, plus other stuff that doesn’t really fit elsewhere. Parades and shows may not seem like much, but fortunately, Tokyo Disney Resort rotates their parades and shows regularly. I suspect the 4 parks of Walt Disney World have gone through fewer shows and parades in 40+ years than Tokyo Disney Resort has gone through for 2 parks in 30 years, but that’s just a guess.

We’ll review the set and tell you where you can buy it below, but let’s start with exactly what’s included on each of the Blu-ray discs… 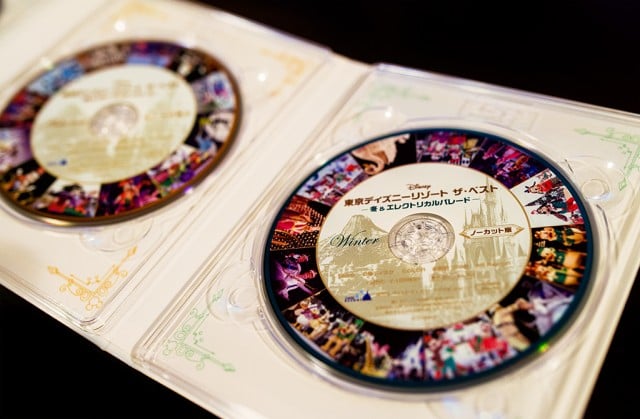 The content on these discs is out of this world. My initial hesitation in purchasing was due to price ($200), which seemed steep given that I had no history or emotional attachment to these shows and parades. As I watched the discs, I quickly discovered that didn’t matter, and by the time I got to BraviSEAmo! on disc 1, I was hooked. (By the way, any fan of Illuminations owes it to themselves to see BraviSEAmo–the score is by Gavin Greenaway, who also score Illuminations and Tapestry of Dreams.)

The quality of the videos is impressive. Most are shot from multiple angles, including vantages to which ordinary guests wouldn’t have access. This dynamic camera in many of the videos makes them more engaging than an ordinary fan-made theme park video. While I love sites like Martin’s Vids, even the best of his videos can’t compete with the quality of the footage here. (And that’s not a knock on fan releases–it’s unreasonable to expect a fan video to compete with an official release given that fans lack the necessary access.) Most of the newer content is in high def, but older content is in standard def. I wouldn’t say the Blu-ray is necessary here (the DVD is cheaper), but I’m glad opted for it over the DVD set. If you want to save some money, I don’t think you’ll be missing much by purchasing the DVD.

As for the substance of the videos, as I hinted at before…it’s incredible. The seasonal celebrations, especially, will make you wish the Tokyo parks were your “home” parks. As we watched one of the shows from Tokyo Disneyland’s 10th Anniversary, both Sarah and I noted that we’ve never seen that technically-complex of a Cinderella Castle stage show at Walt Disney World…and that show was from 1992! The Easter material was similarly impressive–that parade is spectacular. Same goes for the Halloween content. At the other end of the spectrum, “Disco Fever” is a show that will make you think, “what the heck?!”

In addition to the great videos, there are also photos you can view on the discs. Given the little historical content concerning Tokyo Disneyland’s early years available online in English, these are particularly cool. I could go for a whole Blu-ray of stock photos!

As awesome as this set is, it ultimately made me sad. Not only because I will never get to see in person so much of this entertainment that is absolutely stunning on video, but also in that Walt Disney World and Disneyland seem completely unwilling to release something comparable. With regard to the former, I guess I’m just happy that we started visiting while we’re still young (well, we think we’re young) rather than waiting until we’re older and missing out on even more. Tokyo has gone from a “once in a lifetime” trip for us to our top Disney vacation destination that we’ll save and sacrifice to visit, with the US parks now being options for weekend trips, but probably not extended vacations.

With regard to the latter, given the number of DVD, CD, and Blu-ray releases Tokyo Disney Resort sells, I can only imagine the money the US parks are losing out on by not offering expanded slates of releases. It’s not a cultural thing with media being more popular in Japan. The US parks could benefit by digital content distribution, allowing more copies to be sold while taking up less shelf space. It seems like such a lost opportunity, and it really aggravates me, especially considering that many of my favorite Disney attractions, shows, and parades are now extinct. I know I’m not the only one, and I think there are a number of us who want more Disney parks media to be released so that we can tell Disney, “shut up and take my money!” 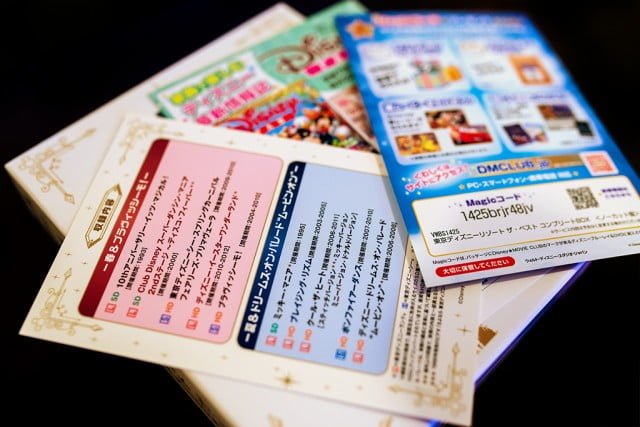 The retails at approximately $200 USD, give or take depending upon the exchange rate, and is sold in Tokyo Disneyland, Tokyo DisneySea, and Ikspiari, as well as a number of other retailers. You might be thinking that all of this does you little good, as you’re not visiting Tokyo Disney Resort anytime soon, so you can’t purchase this set. Through the magic of the internet, you can purchase it!

Americans can order off of Amazon Japan, where the Blu-ray set is around $150 USD plus shipping. The DVD set is also available for around $120 (make sure you have a region-free player). This is what I recommend doing, as it’s the cheapest method of obtaining the set in the US, even with Amazon.jp’s steep US shipping. We paid more at the park than the total from Amazon.jp including shipping. The only downside is that Amazon.jp is in…you guessed it…Japanese. Amazon has a “Click Here to View in English” button that makes the whole process a breeze. If that doesn’t work for some reason, use Google Chrome, as it can automatically translate the pages for you.

This Japanese-based eBay reseller also sells the set, but at the full price you pay in Japan. So unless you really hate Amazon, I wouldn’t recommend ordering from eBay.

Overall, the Tokyo Disney Resort 30th Anniversary Blu-ray isn’t going to be for everyone. First, it’s expensive. Second, not everyone is interested in this type of video. If you wouldn’t buy a set like this for the US parks, you probably shouldn’t buy one for the Tokyo parks. There’s no current footage, so this has no value to those planning trips, it’s really only worth purchasing if you’re a Disney parks nut who is interested in all of the Disney theme parks. If that describes you, you’ll love this set.

Do you own the Tokyo Disney Resort 30th Anniversary Blu-ray or DVD set? Planning on buying it? Hearing from you is half the fun, so please share your thoughts in the comments!