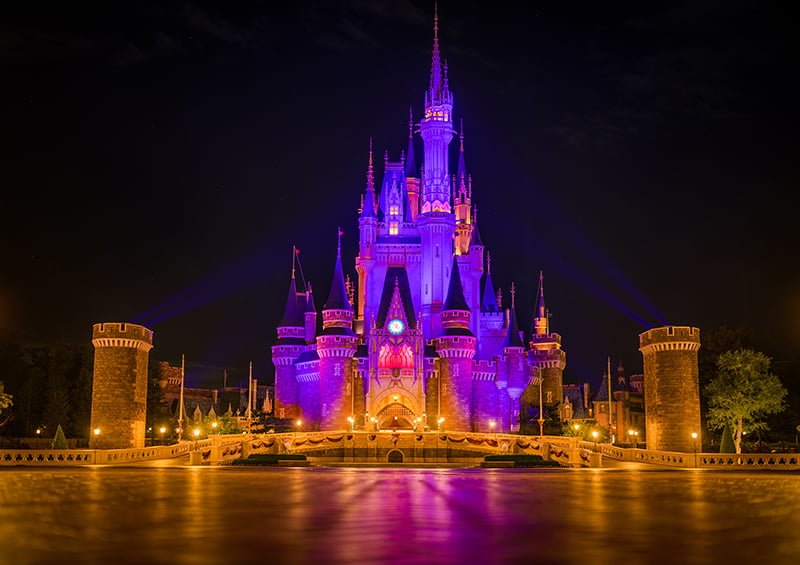 We’ve devoted a section of our Tokyo Disneyland & DisneySea Planning Guide to answering the frequently asked question of whether you should visiting Japan before, during, or after the Tokyo 2020 Olympics. Following our summer trip and also spending several months in Japan during peak tourist seasons, I thought it’d be worth elaborating.

We’ll be blunt and won’t bury the lede: we do not recommend first-timers visit Japan during or immediately after the Tokyo 2020 Olympics, which will occur from July 24, 2020 until August 9, 2020. There are some obvious upsides to visiting during the Olympics–especially for those who want to experience the games–but we’ll start with the downsides, and some of our anecdotal experiences in Japan.

First, visiting Japan in the summer is not pleasant. The record heatwave this summer made international news, so you probably heard about it. Even in a normal year, summer heat and humidity is oppressively bad in Tokyo. I’d liken it to Florida–perhaps worse.

I’m not exactly a tough guy when it comes to hot weather, so maybe I’m more susceptible to this than the norm. While we’d love to visit Japan for the Tokyo 2020 Olympics, the biggest stumbling blocks for us are pricing and weather. The idea of enduring that heat in heavy crowds while paying an obscene amount of money makes us very hesitant.

Second, thanks to a concerted marketing effort by the country’s government, tourism to Japan has been surging and is projected to continue on its current trajectory. Japan’s tourism numbers were up 19% last year, to a record 28.7 million visitors. This year, tourism is up another 15%, with a projected total of 31-32 million visitors. Japan’s government is aiming to hit 40 million annual visitors by the Tokyo 2020 Olympics.

To put that into perspective, the country had just 8 million tourists in 2012, a number that has more than tripled in just 5 years. This increase has been noticeable, and some places we like to visit that were once serene or frequently primarily by locals are now often overrun by tourists. (We see the irony in our complaint here.) 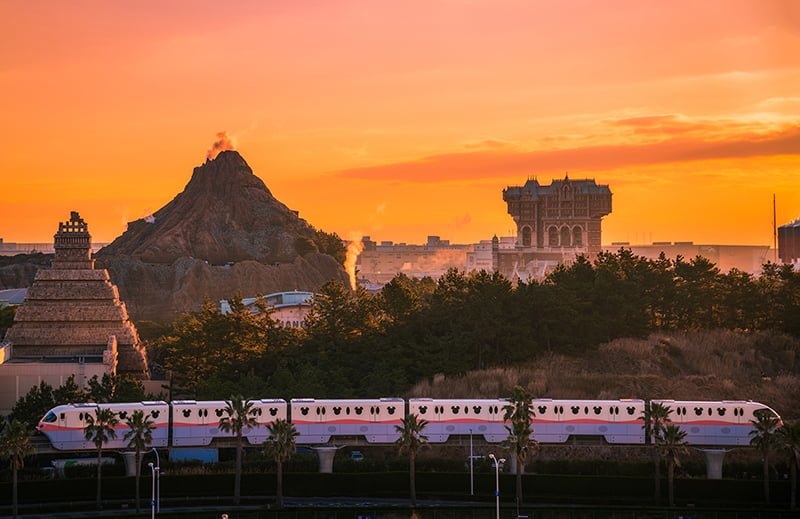 While OLC offers no explanation for this trend (the company largely does not market its parks overseas), it is likely driven by awareness and cost. With regard to cost, the yen has been weak and airfare deals from major international airports have been abundant. Hotels near Bayside Station have likewise offered exceptional pricing. As for awareness, social media and blog coverage of the Tokyo parks has exploded in the last few years.

Perhaps more importantly, Disney is becoming even more of a household brand in Asia thanks to the opening of Shanghai Disneyland, film releases, and other consumer products. China, South Korea, Taiwan and Hong Kong collectively account for more than 70% of tourists to Japan, meaning increased demand by these demographics likely dwarfs whatever blogs such as this one are driving. (As much as we’d like to feel important, we probably play an insignificant role in the surge.) 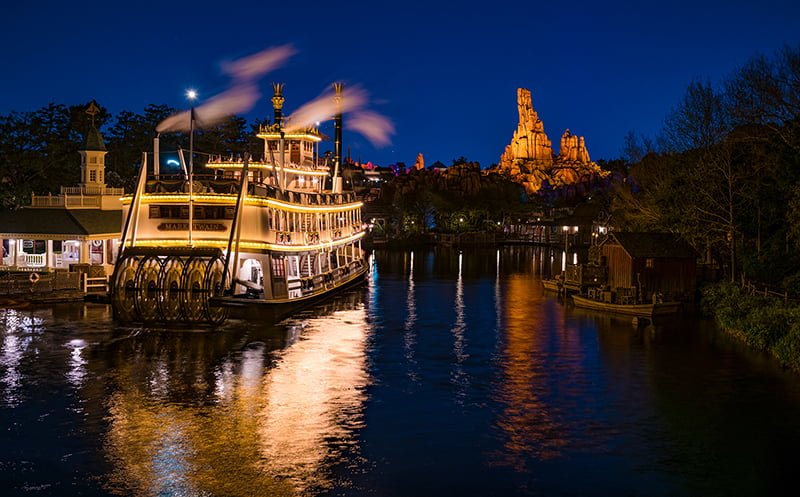 Nevertheless, this continuing spike in international visitors should have less of an impact on Tokyo Disneyland and DisneySea than other popular attractions in Japan. Both parks have attendance caps, and once those are hit, no additional guests are allowed inside.

I’m not saying both parks are going to hit their caps every day of Summer 2020…but it wouldn’t surprise me. Even currently, soft attendance caps are frequently hit on weekends and holidays. Between the Olympics and a huge new addition (more on that later), there’s reason to believe Tokyo Disneyland is going to be a popular place come Summer 2020.

Where this surge of tourism will be most pronounced is in train stations and temples. Japan’s busiest train stations are already miserable and near their breaking point during rush hour(s), with JR and local governments currently trying to figure out creative solutions (like “rewards” for off-hours use of Suica cards) to alleviate some of that. Aside from encouraging modification of human behavior, these stations don’t really have a means of capping attendance a la the theme parks. 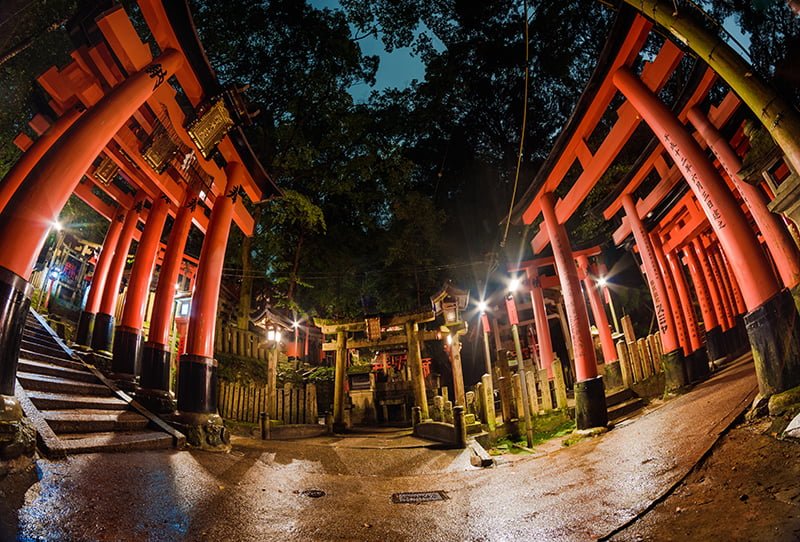 As for temples and their surrounding areas, this is something we’ve already experienced in Kyoto during peak fall foliage and cherry blossom seasons. Weekends in Kyoto during both peak seasons have bordered on miserable, with congestion at some popular temples creating gridlock in the surrounding streets. We are somewhat concerned that Japan’s sharp increase in tourism is not properly-managed growth, and will have unintended consequences.

Due to its status as Japan’s cultural capital, many attendees of the Olympics will also head to Kyoto, leading to an even greater crush of crowds than what we’ve witnessed. Our breathless praise might be getting old for regular readers, but Kyoto is our favorite city in the world, and you should absolutely experience it. Just not under those circumstances. Kyoto simply was not built to absorb the kind of crowds that Tokyo can handle with comparative ease. 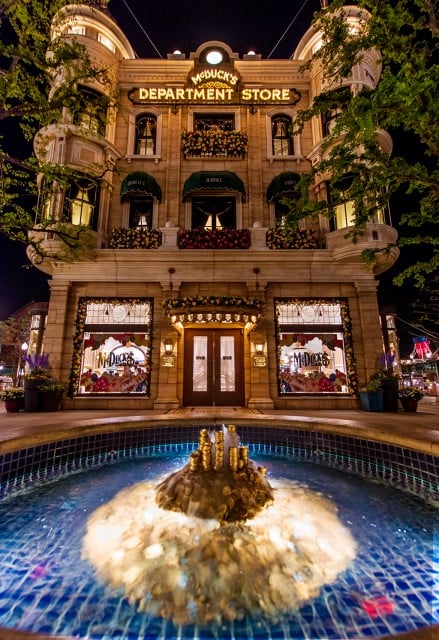 Then there’s the issue of cost. As demand rises, so too do costs. There’s already a chasm in the price you’ll pay for a hotel at Tokyo Disney Resort on an off-season weekday as compared to a peak season weekend. We’re talking ~$125/night versus ~$375/night for the Hilton and Sheraton Tokyo Bay hotels. Expect every night during the Summer Olympics to make that peak season weekend pricing to look like a bargain.

Even if you don’t visit Japan for the Tokyo Summer Olympics 2020 and instead wait until the games over, you’re likely to see increased prices. Japan is going to be riding the wave of increased tourism due to its promotional blitz. That advertising will also result in higher crowds, which will result in higher prices. Sure, prices will spike during the Olympics, but we’d expect the overall trend in pricing to steadily slope upward between now and 2023. 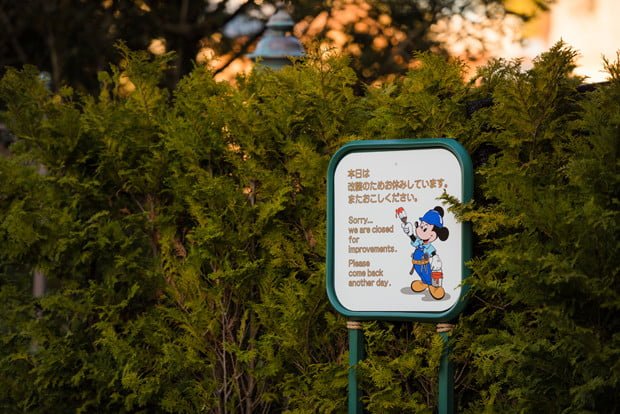 With this said, it isn’t all doom and gloom. On the plus side, Tokyo Disneyland is adding a mega-budget Beauty and the Beast mini-land that includes what promises to be one of the best attractions Imagineering has ever created.

Of course, there’s a downside within that addition, which is that we fully expect 240 to 300 minute waits to be the norm for the “Be Our Guest” E-ticket attraction. FastPass will ‘sell out’ almost instantly for the day at rope drop. The plus side to this downside, though, is that this ride will draw crowds away from other areas of Tokyo Disneyland. Sort of like the “Toy Story Mania Effect” a few years ago at Tokyo DisneySea. 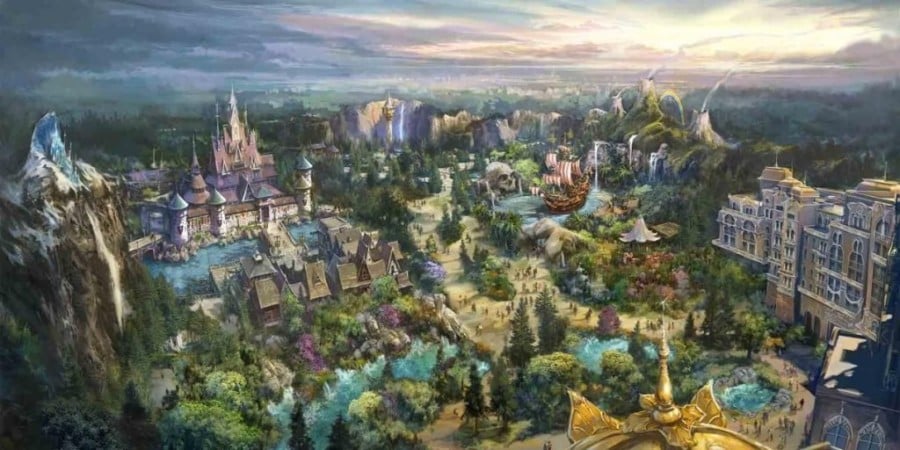 Then there’s the mega-expansion of FantaSea Springs, consisting of new Frozen, Peter Pan, and Tangled mini-lands (plus a new hotel) over at Tokyo DisneySea, which is slated to open in 2022. This is the most expensive addition to an existing Disney theme park ever, and is more expensive than several parks (even adjusted for inflation) when they were constructed. It’s going to have several lavish E-Ticket attractions, and should really impressive.

As with the Beauty and the Beast mini-land, FantaSea Springs will also result in a huge spike in attendance at Tokyo DisneySea. Despite the praise of Disney fans like us, Tokyo DisneySea has always lagged behind Tokyo’s castle park (not really surprising, since this trend plays out between 1st and 2nd gates at every Disney resort in the world) and this should close that gap.

We anticipate similarly hellacious wait times for all of the new Disney FantaSea Springs attractions, and the rope drop dash to that area of the park–which is about one mile from the park entrance–is always going to be something of an endurance marathon. On the plus side, it’ll be much easier to do Tower of Terror or Journey to the Center of the Earth! 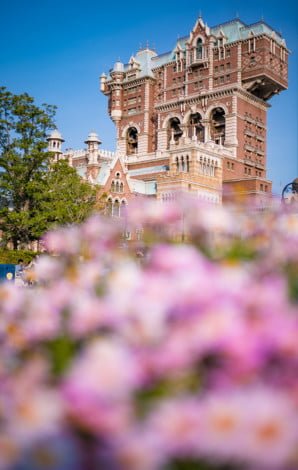 Suffice to say, Tokyo’s Disney parks are going to look dramatically different in 5 years than they do today. If you’re planning a once-in-a-lifetime trip to Japan, waiting to see this all might seem really appealing. The parks are also likely to have significantly higher attendance, so perhaps waiting is not the best course of action.

The other benefit of waiting is that there are a lot of beautification and enhancement projects going on throughout Japan right now. During our recent trips, we’ve visited more temples than we can count that are in the midst of multi-year refurbishment projects. Almost all of these beautification projects are slated to be completed in Spring 2020, which is no coincidence. There’s also a concerted effort to make train stations and other public spaces more accommodating to English-speaking visitors. 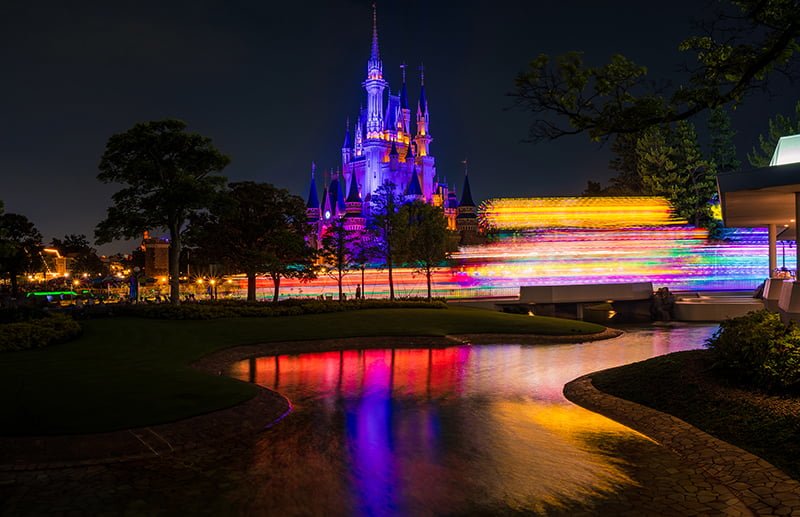 That’s a lot to weigh, so we should probably offer a clear and concise final verdict: Don’t wait. Unless you are going specifically for the Tokyo 2020 Olympics, you shouldn’t go during Summer 2020. If you’re concerned with seeing the Beauty and the Beast mini-land at Tokyo Disneyland, plan a trip for May 2020. This is after the new area debuts, and is also shoulder season with nice weather. Fall 2020 will be another good time to visit–we recommend after typhoon season but before peak Christmas season starts.

As for waiting until 2022 or 2023, we are not particularly keen on that due to the projected growth in tourism to Japan by then. Going before the crush of Olympics crowds descend upon Japan will make you more likely to fall in love with the country, increasing the probability that your “once in a lifetime” trip will turn into more than that.

Are you aiming to visit Japan during the Tokyo 2020 Summer Olympics? If you’re a regular visitor to Japan, do you agree or disagree with our advice on going in May 2020? Any questions? Hearing your feedback–even when you disagree with us–is both interesting to us and helpful to other readers, so please share your thoughts below in the comments!