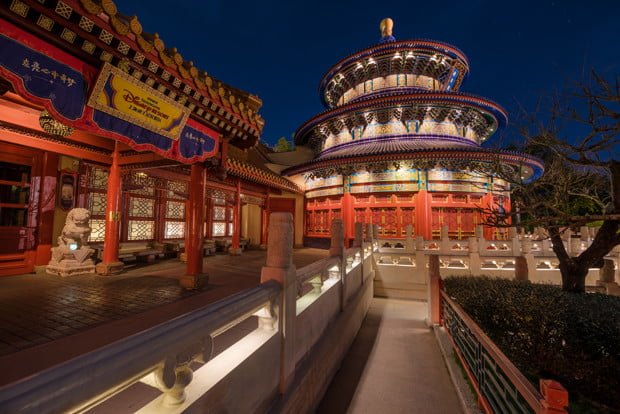 China is an Epcot World Showcase pavilion at Walt Disney World featuring the Reflections of China film, two restaurants, and gift shops. In this post, we’ll share some tips and info about shopping, dining, attractions, and entertainment in the China pavilion.

Our intention here is to mostly focus on the China pavilion’s shopping and architecture, since we cover Reflections of China, entertainment, and dining in other posts. We think shopping is one of the overlooked aspects of World Showcase; many guests assume that if they don’t want to buy anything, the shops don’t hold a lot of appeal.

Let’s get started with a look at the China pavilion’s architecture and the story behind its presence in World Showcase; we’ll also cover Disney’s long history with the People’s Republic of China, which culminated in the opening of Shanghai Disneyland just a couple of years ago… 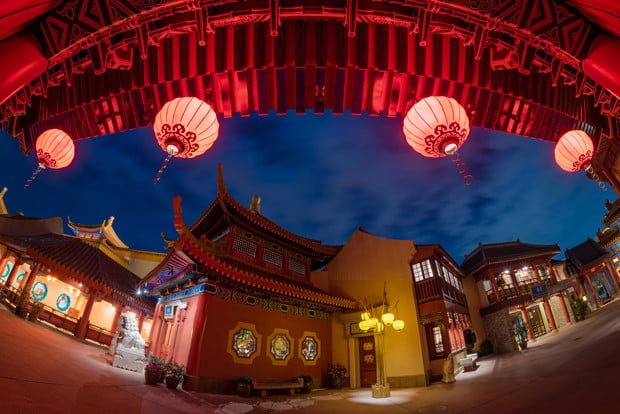 Many of you indicated that the architecture section was your favorite part of the All About Norway at Epcot post. Unfortunately, we don’t have the same firsthand experience with China, as we’ve only visited Shanghai.

The China pavilion is separated from the main promenade by this archway, which is based upon Yunhui Yuyu Archway (or Glowing Clouds and Holy Land Archway)at the Summer Palace, an imperial garden and palace complex in Beijing. The faithfulness of the reproduction is uncanny.

Within the pavilion, you find a lotus pool surrounded by an intimate Chinese garden. While these gardens are said to be inspired by those in Suzhou, we were reminded of Epcot’s gardens when we visited Yu Garden in Shanghai. Imagineering did a great job of evoking the spirit of a traditional Chinese garden in this design. 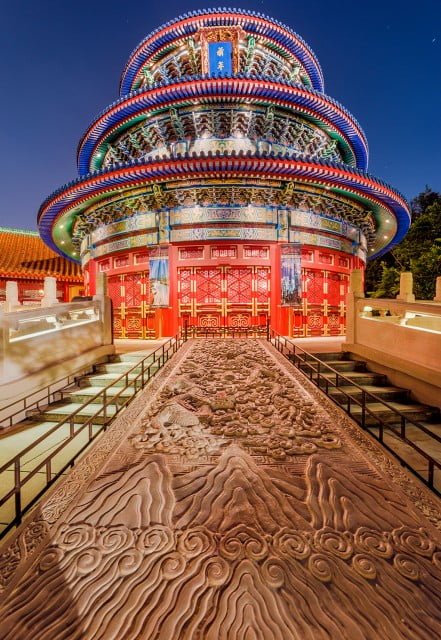 The highlight of the China pavilion is a half-scale reproduction of the Hall of Prayer for Good Harvests from the Temple of Heaven complex near Beijing. The details inside and outside of this building are stunning, and incredibly meticulous.

We haven’t visited the real world Temple of Heaven, but it’s high up on our Disney-inspired travel bucket list. Based on comparison photos I’ve seen, it appears to be the pinnacle of Imagineering’s work on World Showcase, with a tremendous amount of attention paid to every little aspect of the real temple.

The China pavilion’s main thoroughfare is “Xing Fu Jie” or the Street of Good Fortune, which was inspired by streets in Beijing and Shanghai. This looks pretty lived-in if you pay attention to the upper level balconies and little details.

It is very idealized, akin to places like New Orleans Square. While there are instances of this architecture in Shanghai, the city’s rapid development in the last three decades has resulted in clashing styles, with only brief flashes of traditional architecture like this. Perhaps there were preserved residential areas we missed, but we suspect this was inspired by historical photos and a heavy dash of creative liberty. 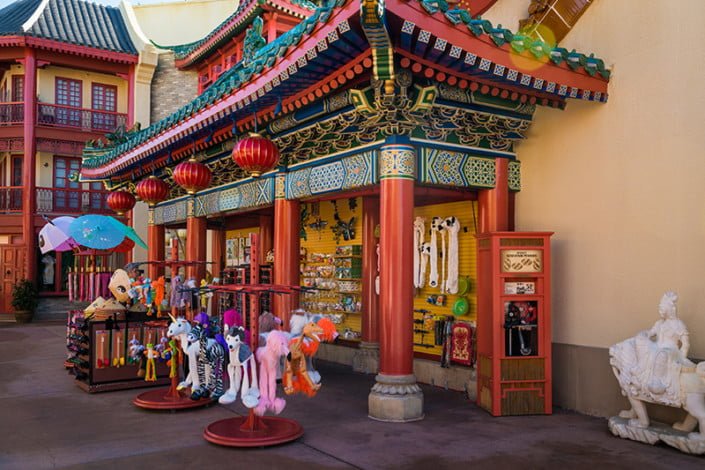 One aspect of the China pavilion’s design that is easy to overlook are the artificial rock formations on the lagoon side of the pavilion. The artificial mountain (jiashan) or rock garden is an integral element of Chinese classical gardens, as these symbolized virtue, stability and endurance.

During the Tang dynasty, the rock was elevated to the status of an art object, and rocks with the “right” characteristics became highly prized for gardens. This trend has continued through the present, with artificial rocks used to create grottos, and rows of rocks representing mountain ranges, such as Zhangjiajie National Forest Park, which served as inspiration for Pandora’s floating mountains.

Aside from all of this, there are a ton of design flourishes and specific works of art inside the restaurants and gift shops that very much seem like they are nods to authentic Chinese works of art and designs, but I’m not sufficiently well-versed in Chinese architecture or art history to identify them. If you are, by all means, share in the comments! 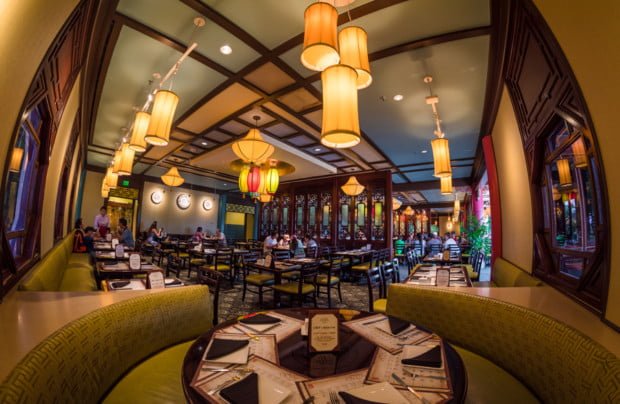 Like most World Showcase, there isn’t much in the way of contrived backstory at the China pavilion (save for Proprietor D.C. Ying), but the “backstory” that’s most interesting here is the evolving relationship between the People’s Republic of China and the Walt Disney Company.

This saga begins back in the late 1970s as Disney was courting nations to join World Showcase in Epcot. China had just instituted its “Open Door Policy” of economic reform, introducing Western technology and investment while also bringing China to the world stage. It seemed like a perfect fit.

Wonders of China was the original film to debut in the CircleVision 360 theater, and it encountered difficulties in filming over the Great Wall of China and Tibet. Ultimately, Disney was given more access than any other Western film crew had received, and spent months scouting and filming scenes during 1981, with some reshoots to capturing winter scenery in early 1982.

Even after EPCOT Center opened, the saga between Disney and China does not end. To no avail, Disney continued to push for the Disney Channel to establish brand awareness. A successful but lesser-known venture, Disney English, debuted in 2008. Everything was to pave the path for the main event: Shanghai Disneyland.

Former Disney CEO Michael Eisner began evaluating the viability of Shanghai for a Disney Resort in the 1990s, and got serious with a letter of intent in 2002 before Hong Kong Disneyland even opened. (By some accounts, Hong Kong was a “consolation prize” for Eisner to gain a toehold once he realized there was no easy path to bringing Disney to mainland China.) 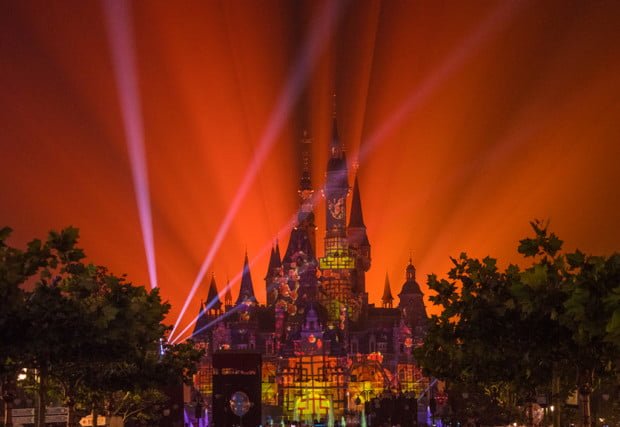 Getting a deal done with the Chinese government was no easy process, and it took his successor, Bob Iger, roughly two decades after the initial idea of entering the mainland to sign a deal to build Shanghai Disneyland, with partner Shendi owning a majority stake in the project. Construction started thereafter in 2011.

The Shanghai Disney Resort project had some rough patches along the way–concerns over how it would fulfill its mission of being “authentically Disney, distinctly Chinese,” going (at least) $800 million over budget, and having its debut delayed by one year—before finally opening in 2016.

We were present for the park’s opening day, and in our Shanghai Disneyland Grand Opening Review, we called it the best opening-day Disney park in decades. (Our Shanghai Disneyland Trip Report features even more detail, if you’re curious.) There have been some hiccups since opening, but Shanghai Disneyland is already exceeding expectations and is moving forward with expansion plans. It would seem, thus far, that the relationship between China and Disney has blossomed. 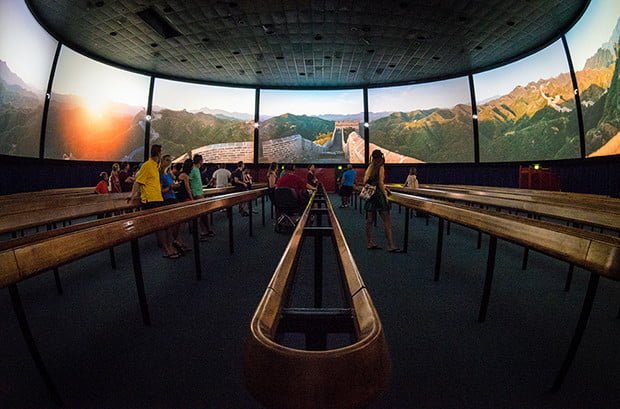 The major attraction in China is Reflections of China. We covered a snippet of the film’s history above in its prior incarnation, Wonders of China. Due to Shanghai’s growth, and the return of Hong Kong and Macau to China’s authority and sovereignty in the intervening years, portions of that film were reshot.

Existing footage from Wonders of China was combined with the new scenes and revised narration, and condensed into Reflections of China, which still runs today. Sometime before 2021, a new China film will debut; this is undoubtedly influenced by the opening of Shanghai Disneyland.

Here are some of our other posts about China that will serve as helpful resources for dining in China: 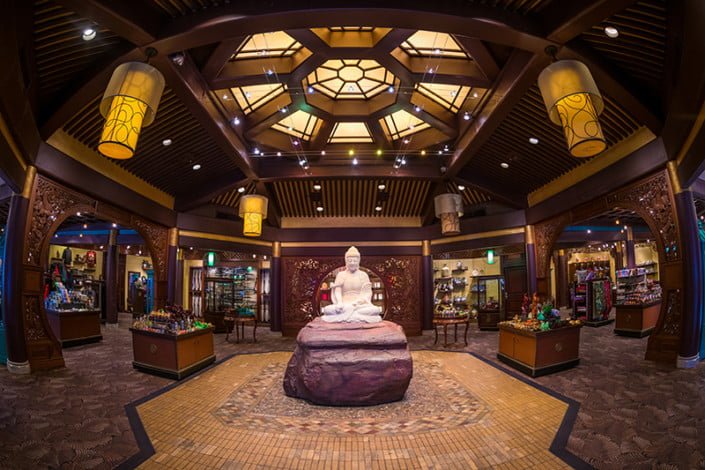 Unfortunately, China was not one of the countries offering the type of inspired new merchandise designs that led to me creating this series of posts. Interestingly enough, the new merchandise was confined mostly to European nations, plus Canada and the United States.

My guess as to the reason for this would be that Epcot sees more visitors from these countries plus more Americans who have family ties to them. There could be other explanations, though. Either way, it’s a bit odd that some countries have a ton of original Disney merchandise, and others have none whatsoever.

The good news is that China still has some cool merchandise, such as the following: 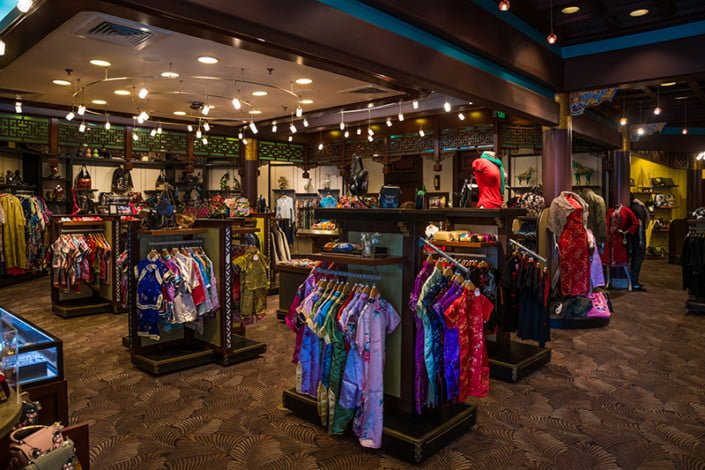 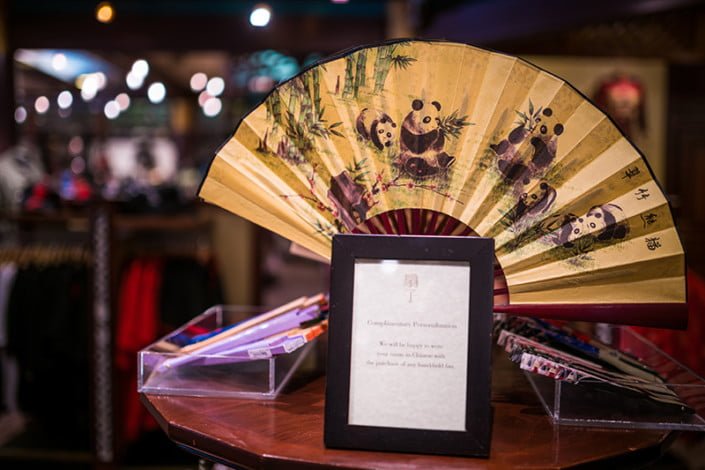 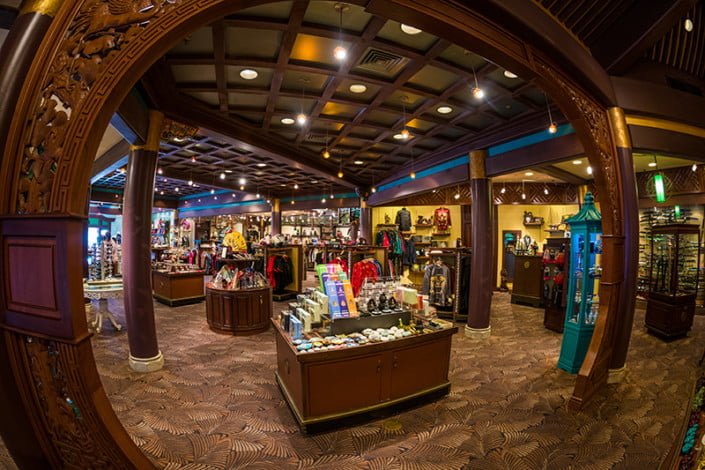 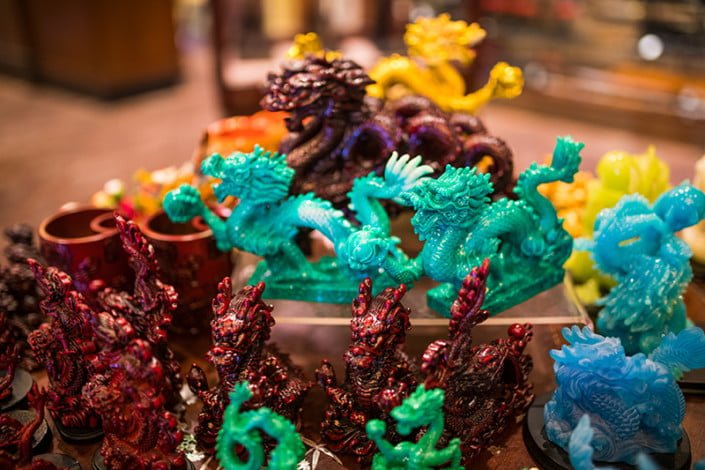 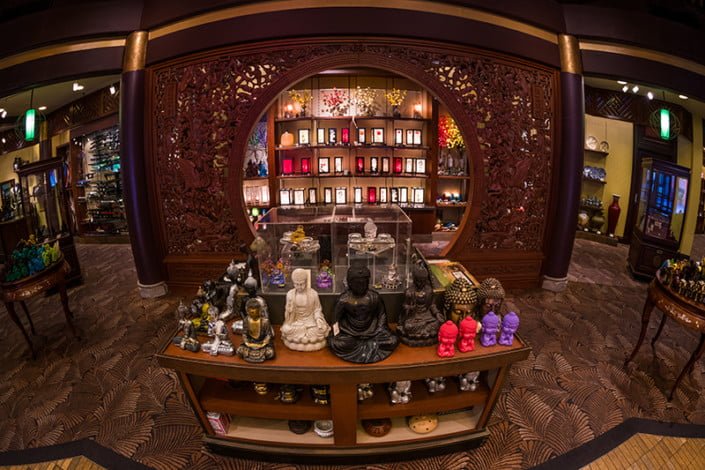 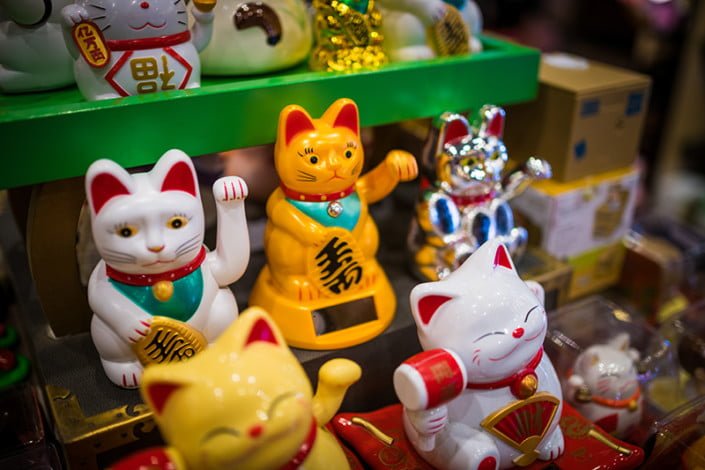 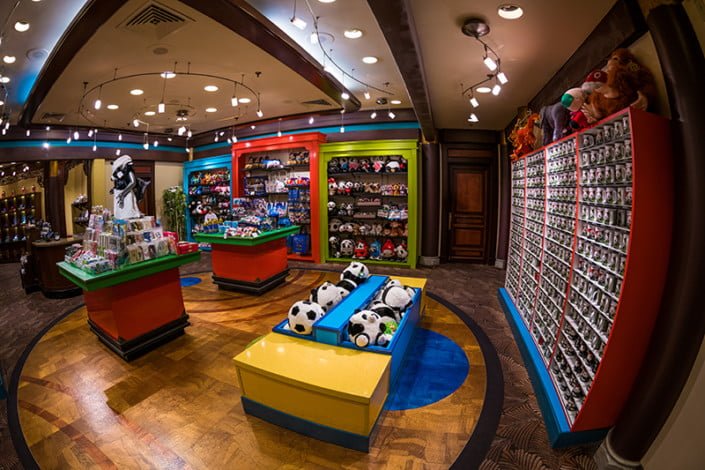 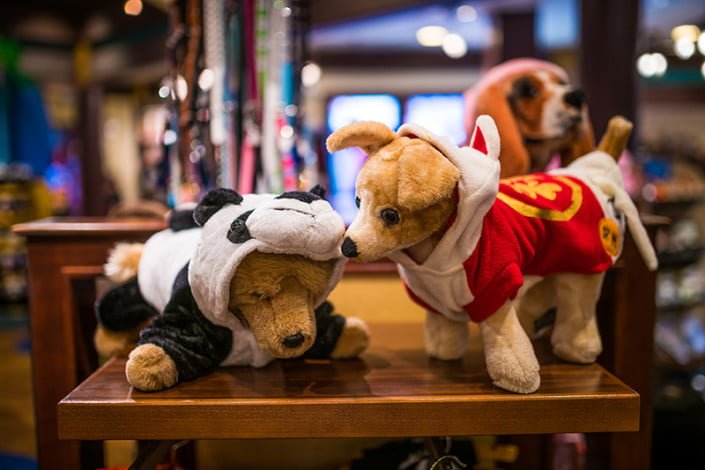 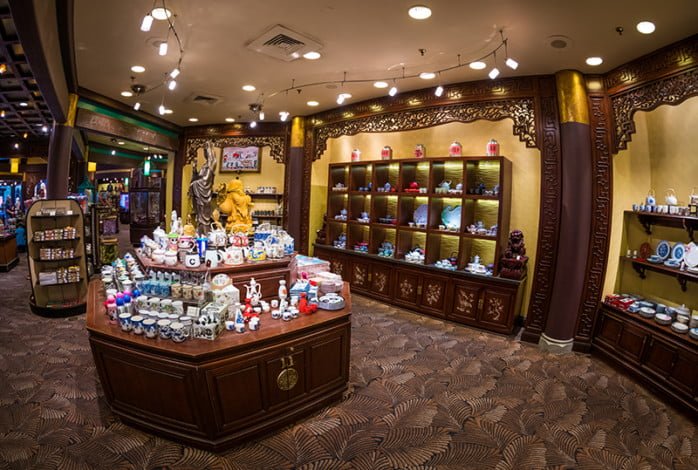 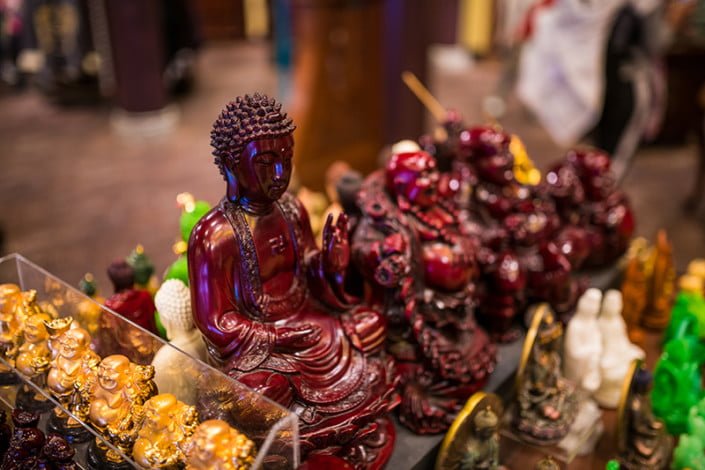 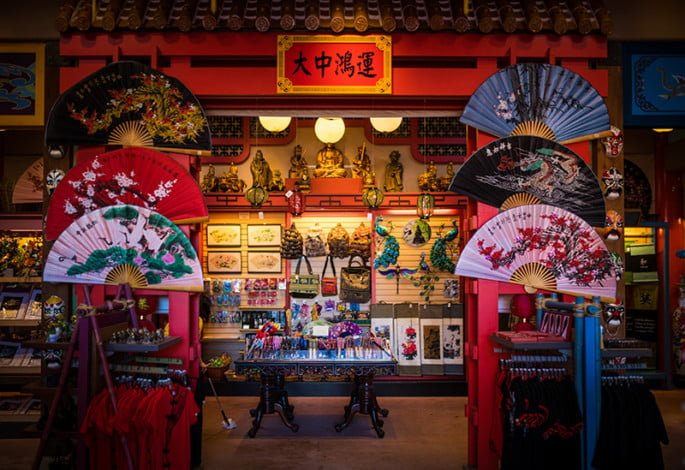 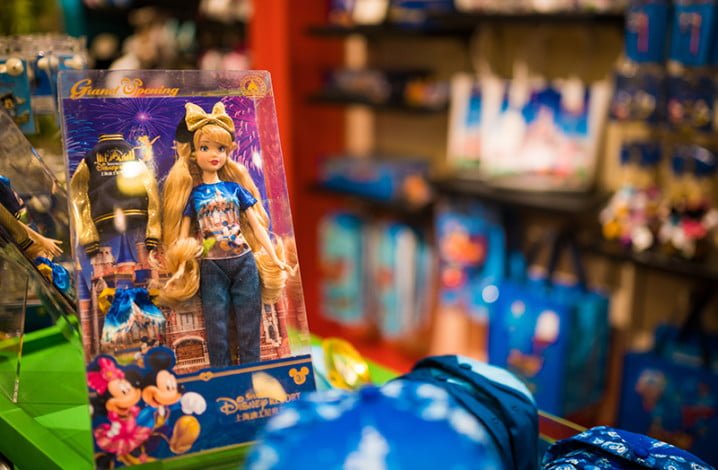 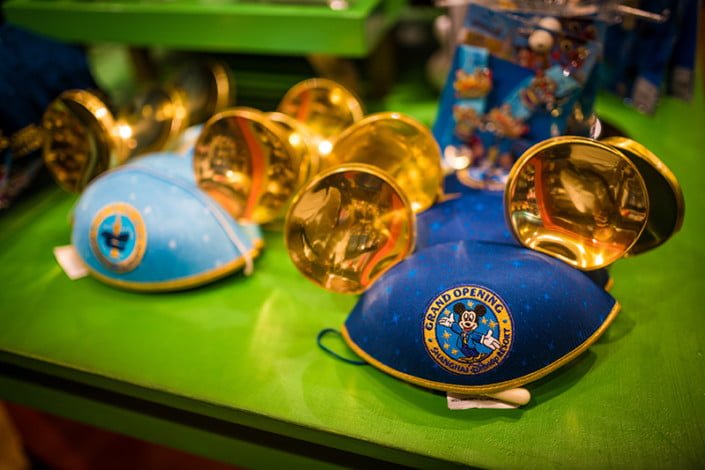 Overall, the China pavilion is another one I love. (Spoiler: I love most of World Showcase.) Temple of Heaven is the obvious high-water mark of the pavilion, but there are a lot of elegant, under-appreciated details in the shops. The outdoor promenade is likewise underrated, as are the quiet pathways around the lotus pond. As with so much of World Showcase, the more time you spend in the China pavilion, the more it reveals itself to you.

Did you learn anything about the China pavilion at Epcot from this post, or about Disney’s relationship with the People’s Republic of China? Thoughts on attractions, merchandise, or dining in Shanghai? About the pavilion’s architecture? Any questions we can help you answer? Hearing feedback about your experiences is both interesting to us and helpful to other readers, so please share your thoughts below in the comments!

15 Responses to “All About China in Epcot”