Even from behind the construction walls, Cars Land is gorgeous and appears incredibly themed. It will house three new attractions, plus a number of shops and restaurants, but the biggest addition to the park, I think, will be the Radiator Springs walk-through attraction. This won’t be an attraction on Disney California Adventure maps, but the attraction will be experienced by all guests as they merely walk through the land. It appears to be the first time that Disney guests will literally be able to walk through a fully-fleshed out and themed Disney film in a land in one of the theme parks. Personally, that’s the experience that excites me the most about Cars Land.

As for actual attractions, the largest attraction is Radiator Springs Racers, which will be a hybrid dark ride and Test Track-type attraction. Numerous rumors point to this being the single-most expensive attraction Disney has ever built, which wouldn’t surprise me at all. Initial photos and video make it look amazing.

The other two attractions are not as highly touted. Mater’s Junkyard Jamboree, a tea-cup-like attraction, and Luigi’s Flying Tires, a ‘Flying Saucers’ attraction, round out the slate of attractions in Cars Land. 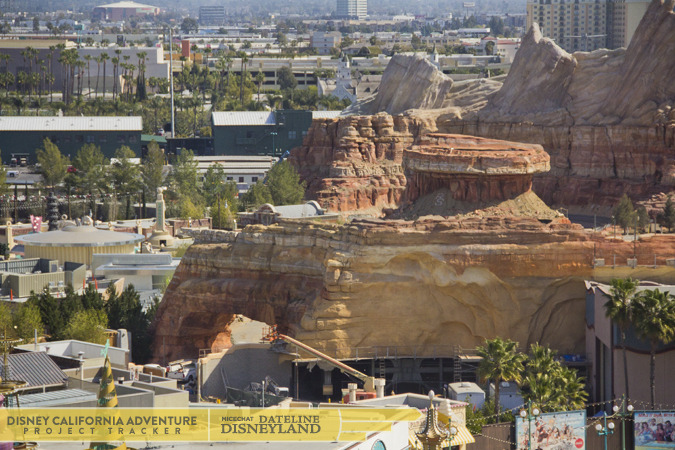 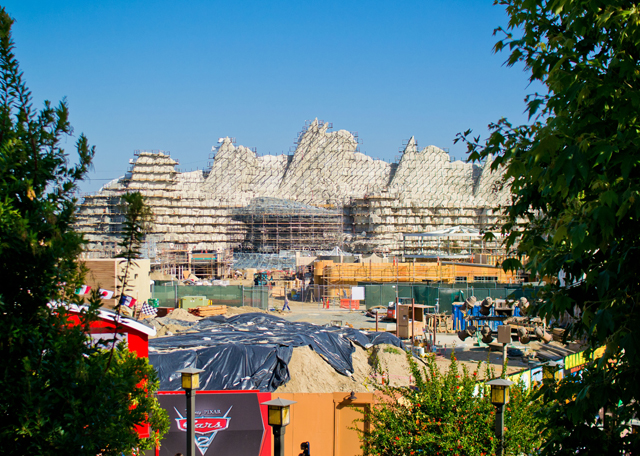 Here’s a slideshow of some more progress photos:

Newer photos of Cars Land (still behind the walls) are out there, but I don’t want to spoil the surprise. This highly anticipated land has been a long time coming, and I think it will be unanimous among guests that Cars Land is far superior to the parking structure it replaced.

That may not seem like much, but for Disney California Adventure, a park that was once dubbed inferior to the parking lot it replaced by some, it’s vindication.

Head back to other Disney California Adventure lands:

I want to give a special thanks to all of the photographers who graciously allowed me to use their photos in this Disney California Adventure 2001-2012 Retrospective. You can view each publicly-visible image on its respective photo-page of the owner by clicking the images. Those whose photos are present in this retrospective are as follows:
Matt Walker
Loren Javier
Disneyland Live
Jon Fiedler
Barry Wallis
Rob “partyhare”
Andy Castro (and his Dateline Disneyland co-contributors)
Tours Departing Daily
Perry Tak
Jeremy Joslin
William McIntosh
Michael Greening
Corey Dorsey
Joe Penniston
Brian Hammond
Jeff Phillips
Graham Breeze
Robert Miller
Jared Nunemacher
Joits
Peter Csanadi
Nikki Jee
Kaylee Huffman