We sat on the curb and chatted, making the time go by quicker. It also didn’t hurt that the Citizens of Hollywood were holding their act on Hollywood Boulevard, which provided us with some entertainment. 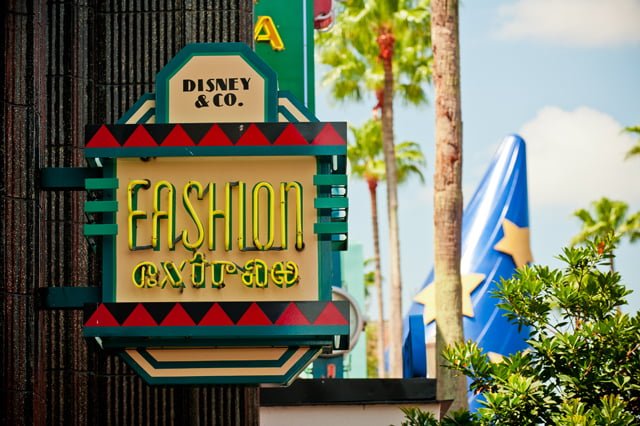 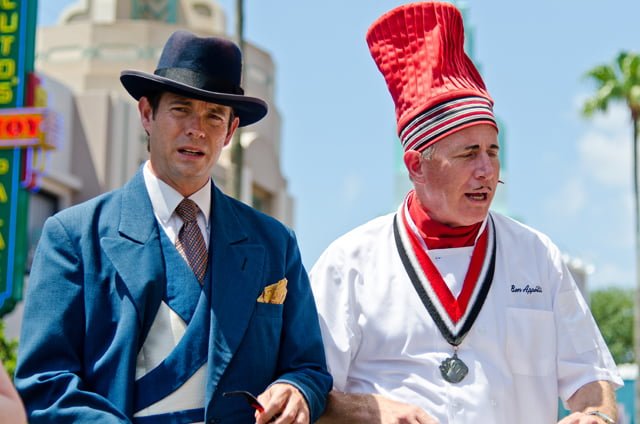 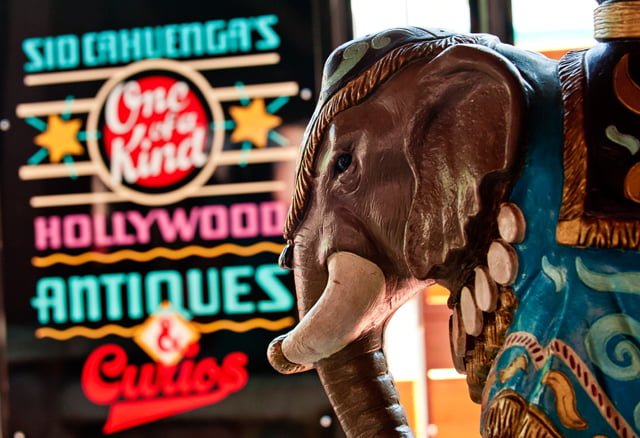 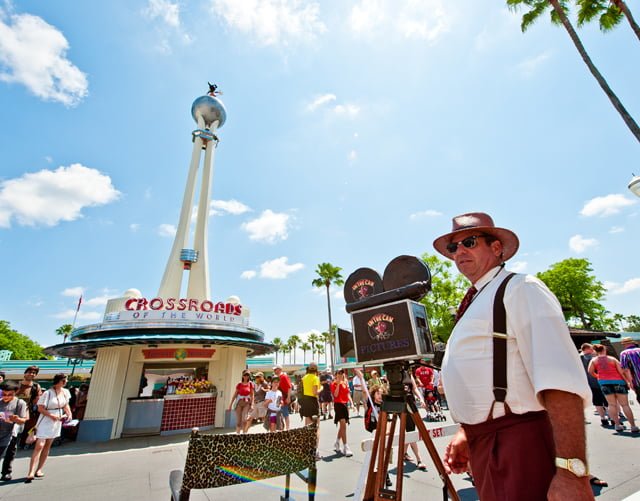 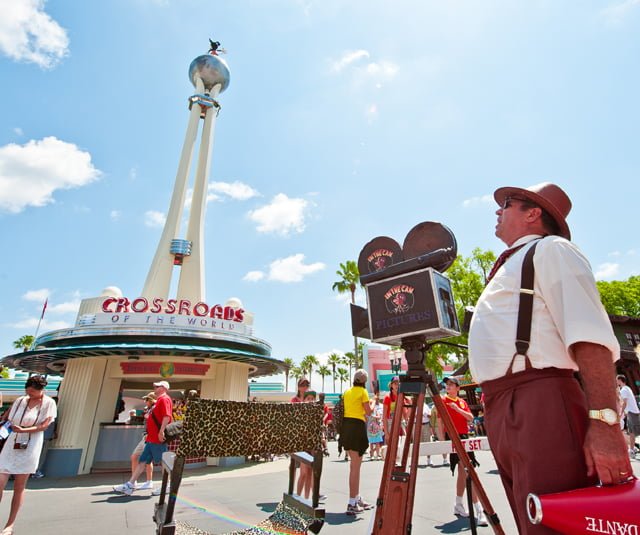 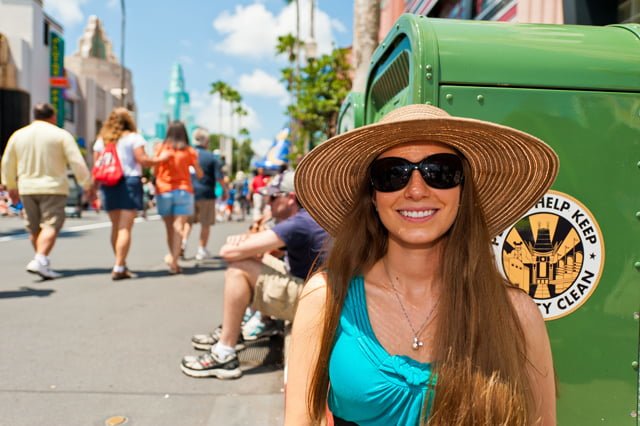 The Star Wars Legends of the Force Motorcade featured the 501st Legion of fans in painstakingly-crafted reproduction-quality costumes (that’s my description of the costumes–perhaps there’s a concise term of art for them), celebrities, characters (both Disney and Star Wars). Celebrities we saw were Dee Bradley Baker (voice of clone troopers on The Clone Wars), Ray Park (Darth Maul), Ashley Eckstein (voice of Ahsoka Tano on Clone Wars), James Arnold Taylor (voice of Obi-Wan and on The Clone Wars). Disney characters included Darth Goofy, Stormtrooper Donald, and Jedi Mickey Mouse. Here are a few photos from the parade–I’ve already posted over one hundred motorcade photos here, so I won’t waste bandwidth reposting… 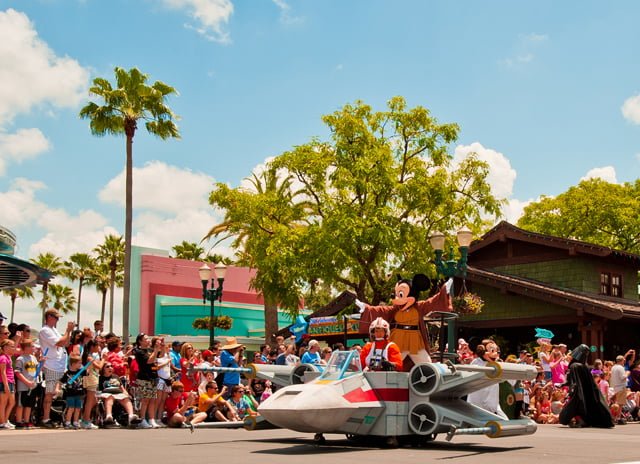 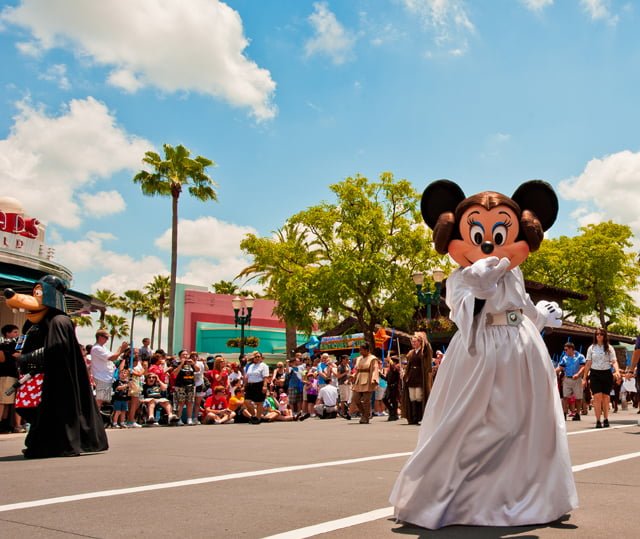 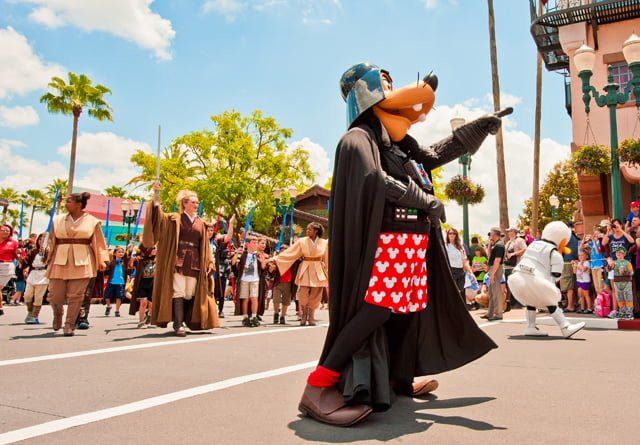 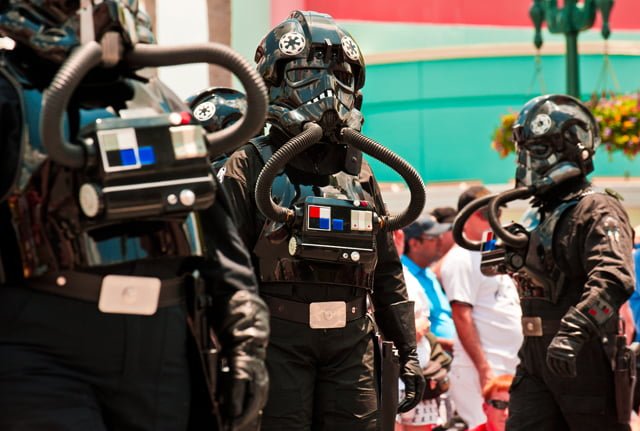 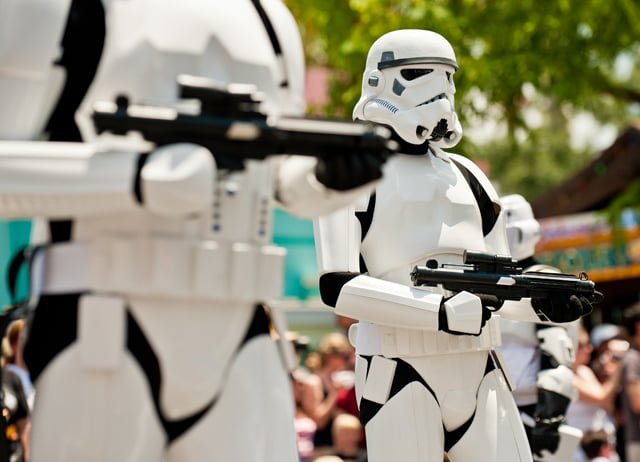 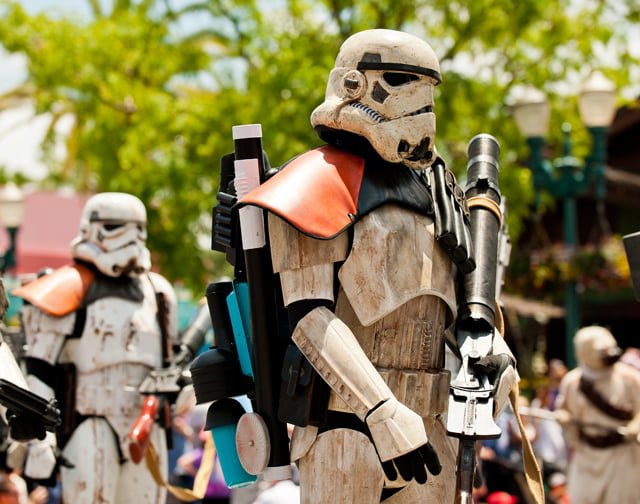 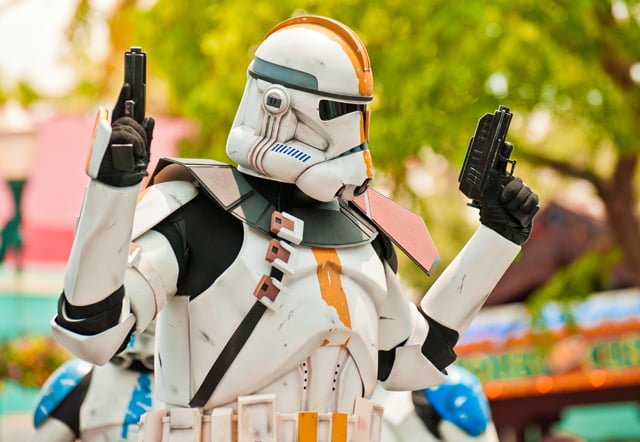 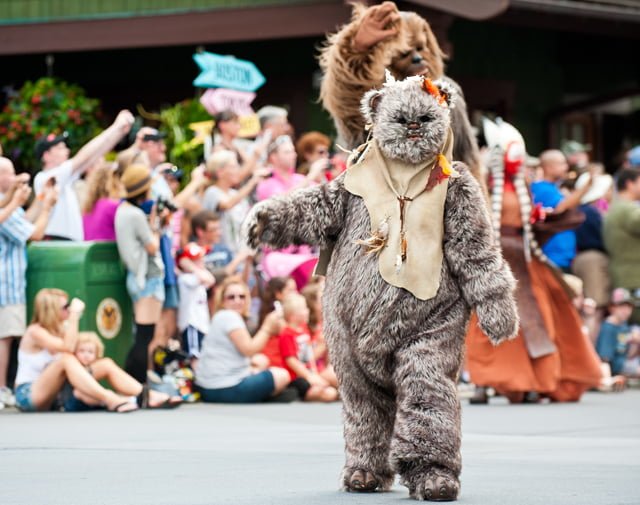 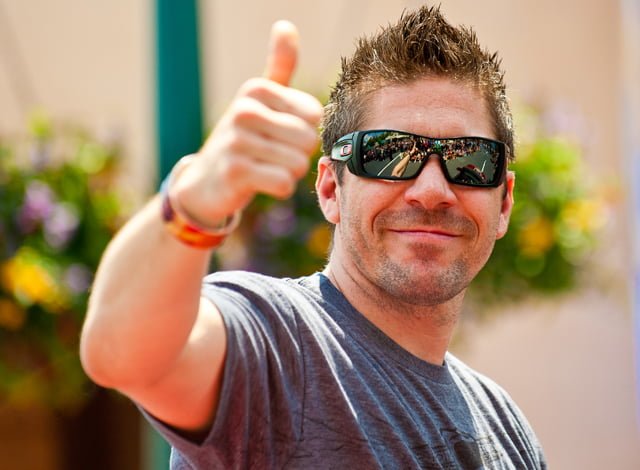 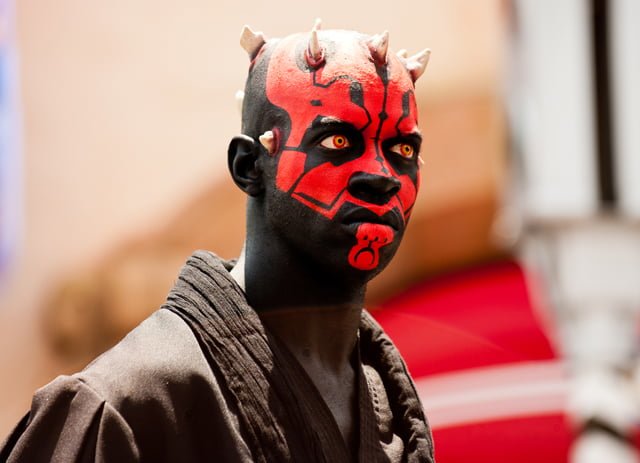 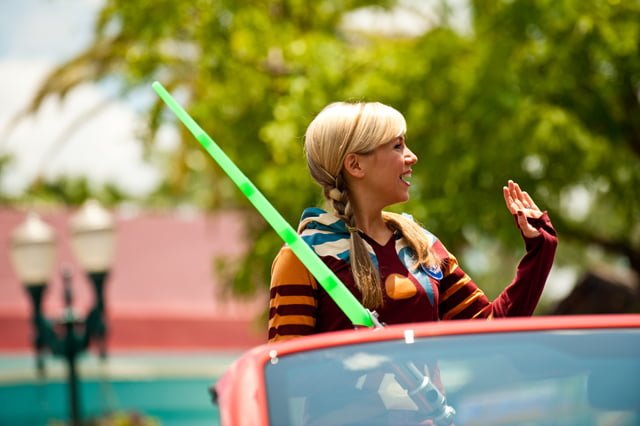 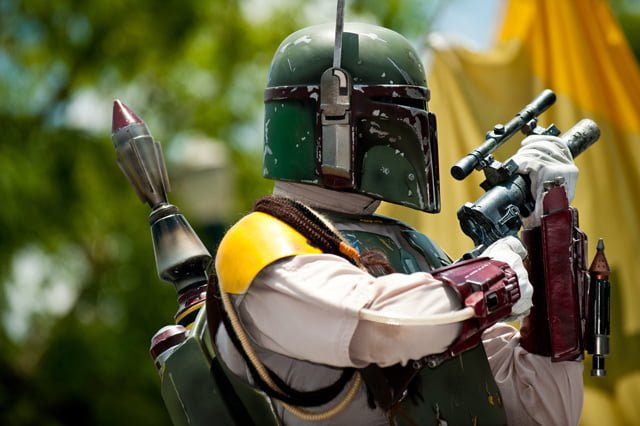 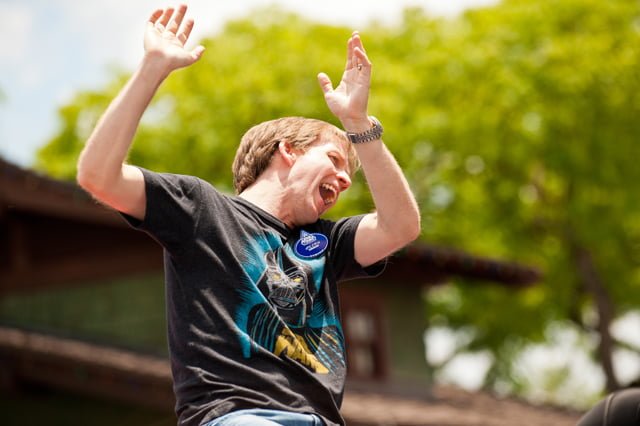 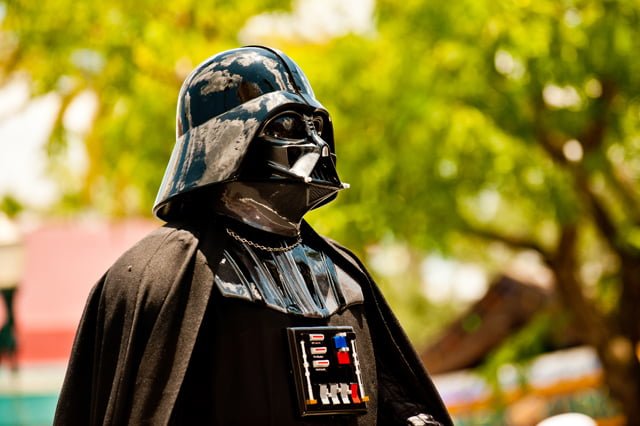 The motorcade was a bit of a mixed bag for us. On the one hand, it was awesome seeing something different, and the characters (both regular Star Wars fans and the official Star Wars costumed folks) looked amazing. They were awesome to see. That alone propped up the rest of the parade, which was disappointing. In fairness, it is called a ‘motorcade’, but it is disappointing that Disney doesn’t do anything more for the parade at an incredibly popular special event than just throw some celebrities in regular cars and drive them down the street. I lived in a small town growing up, and we had a better parade when the high wrestling team won the state championship. Now, I don’t expect Disney’s parade to include any hogs or chickens, but the fact that a town in the middle of corn fields can best Disney when it comes to parades is disappointing, to say the least.

Disney used to run a much more detailed Easter Day Parade that, unsurprisingly, only ran for Easter. Yet now it doesn’t even run a real parade for an event that draws tons of guests to the park, many of whom spend incredible amounts of money on merchandise at Darth’s Mall? That’s just lame. Calling it a motorcade instead of a parade might, from the perspective of executives, alter expectations (I doubt it does for most guests), but it doesn’t absolve them from criticism of the decision. By all appearances, Disney is doing really, really well with Star Wars Weekends. Some of that revenue should be reinvested in the guest experience. I’m not just saying this from the perspective of Disney “doing what’s right,” but from a business perspective. How many times will guests keep returning to see the same characters, slightly different seminars, and a lame motorcade on an abbreviated parade route?

Besides the characters, the best part of the parade, by far, was our friend’s son going crazy for the Star Wars characters. He was so excited to see them that he stood up with his light saber toy (as if I have to clarify that it was a toy…) and swung it around. Being around kids in the parks makes me excited for when we have our own kids; I can only imagine how awesome it is experiencing the parks through the eyes of your own child. For us, it’s a tough balance, though. As amazing of an experience as that is, we’re not quite ready to give up our current lifestyle, which is also pretty awesome. We’re at least a few years away from that.