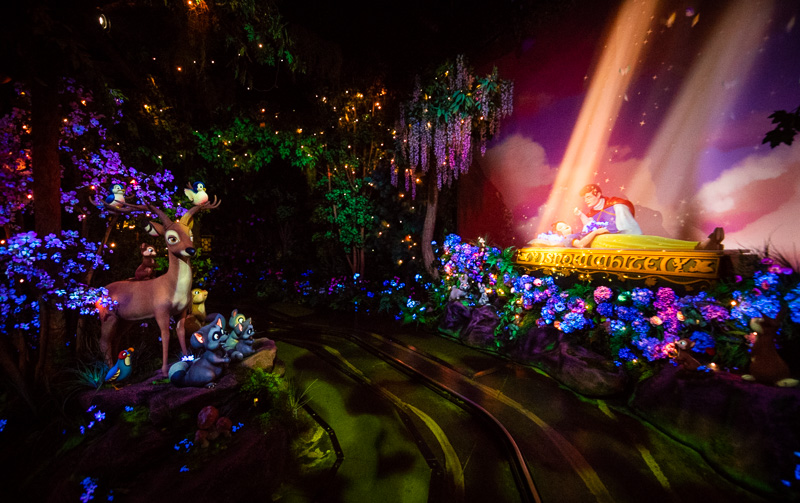 Guests staying in on-site hotels at Disneyland Resort have access to Early Entry. This strategy guide covers everything you need to know: eligibility, ride rosters, how the perk works, and tips for best using the time.

In terms of basics, Early Entry offers admission to Disneyland or Disney California Adventure Park 30 minutes early to enjoy a limited number of attractions, dining, and shopping locations. This is the spiritual successor to both Magic Mornings and Extra Magic Hour, two similar-but-different perks we’ll discuss in the commentary below.

There are a couple of big distinctions between the perks. First, Magic Mornings and Extra Magic Hour were offered on select days and at select parks, whereas Early Entry is offered at both Disneyland and DCA every single day. Second, the eligibility pool is significantly smaller for Early Entry (at least…for now!). These two factors in tandem should make Early Entry a better experience.

The upside is that Early Entry is offered at both parks, every day of the week. This means on-site guests taking advantage of the perk are diluted–spread among all of the parks rather than concentrated in a single one. This itself is a downside for off-site guests, who now cannot avoid Early Entry to strategize around it.

Let’s start by taking a look at the eligible hotels for Early Entry at Disneyland: 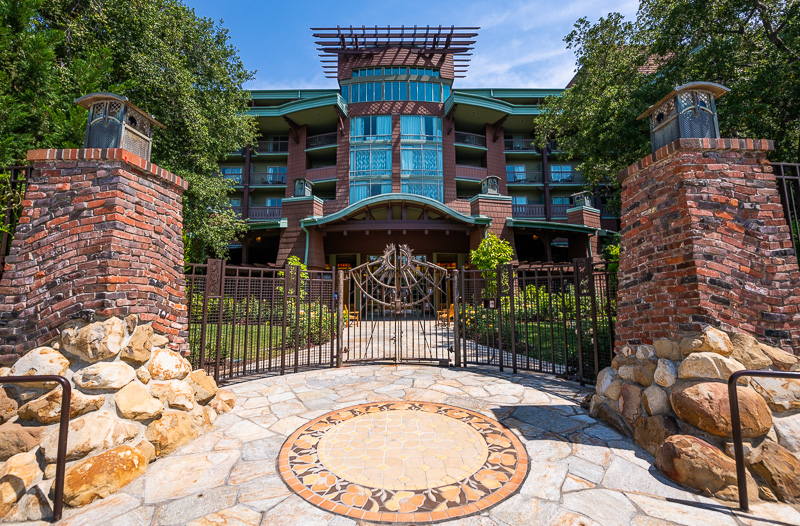 That’s it. Unlike Walt Disney World, which has a list of two-dozen plus first party hotels plus another dozen third party hotels that are eligible for Early Entry, there are currently only 3 hotels at Disneyland Resort that receive this early admission perk. This can and likely will change, but for now…only registered guests of those hotels are eligible for Early Entry.

Guests of Grand Californian Hotel, Disneyland Hotel, and Paradise Pier Hotel are able to enjoy Early Entry on both check-in and check-out days, as well as all other days of their stay. In theory, this would mean that a 1-night stay gives you access to two days of Early Entry (so long as you check-in prior to Early Entry on your arrival day).

Next, what’s open for Early Entry at each of the 2 theme parks… 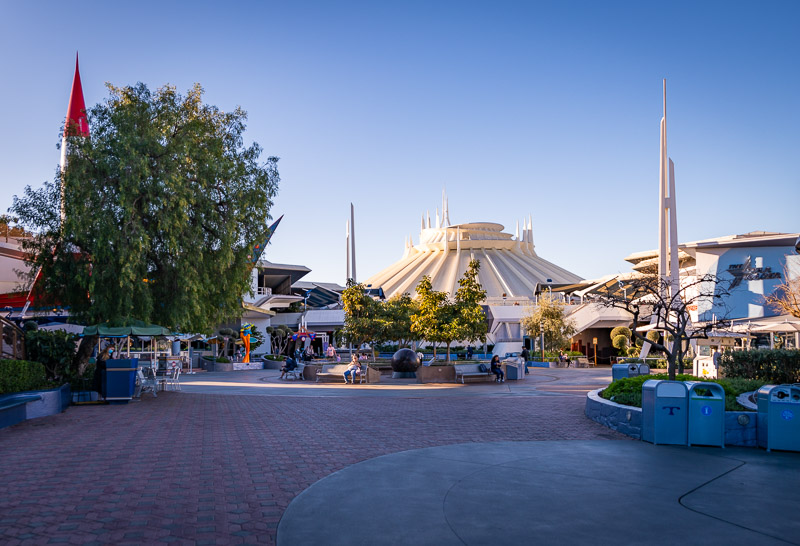 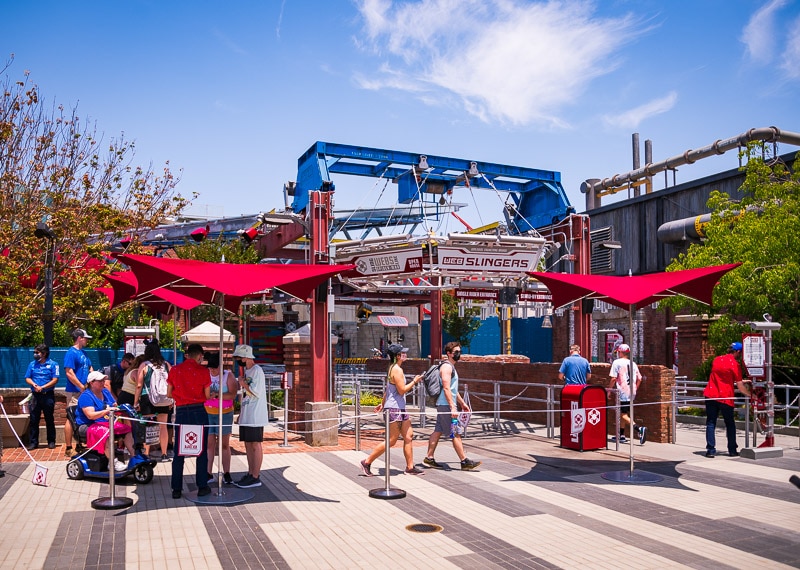 As you can see, options are somewhat limited during Early Entry at Disneyland and Disney California Adventure. With some exceptions, these lists are pretty similar to Magic Mornings and Extra Magic Hour. Only certain lands in each park were open to start the morning for that perk, and the same is true here. (The bigger differences are at DCA, but that’s mostly because Avengers Campus didn’t exist when Extra Magic Hour was last offered.) 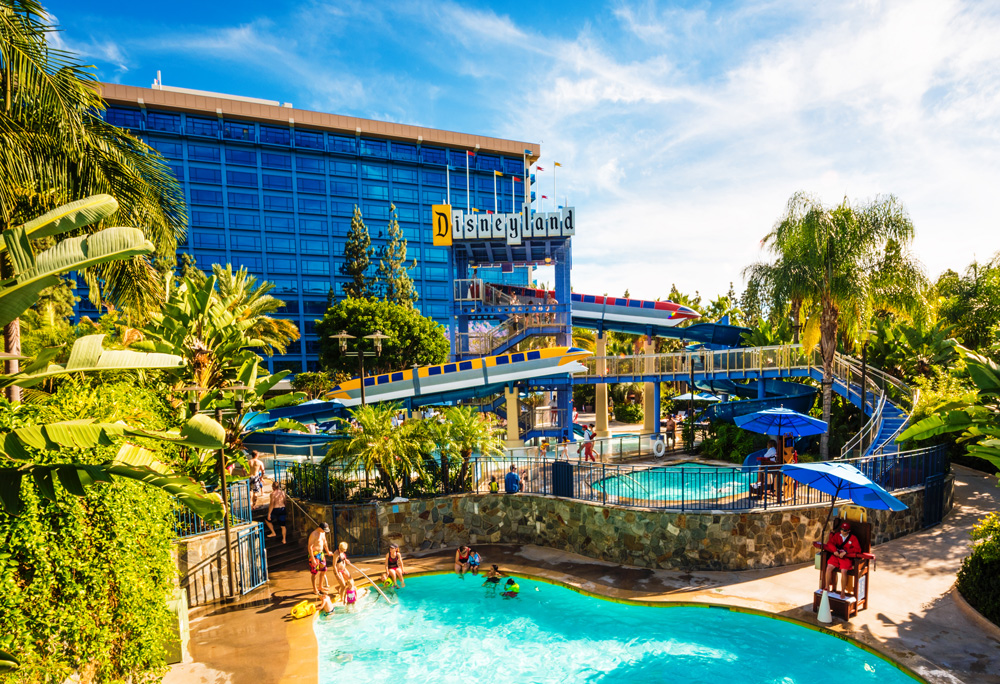 Tickets and passes can be viewed by selecting “Tickets and Passes” and hotel dates of stay can be viewed by selecting “My Hotel Reservation” in the Disneyland app. This too works the same way as morning Extra Magic Hour, with eligible guests having their park ticket media scanned to gain access either at the turnstiles themselves, or at a certain ‘checkpoint’ within the park to deeper areas while off-site guests await traditional rope drop. 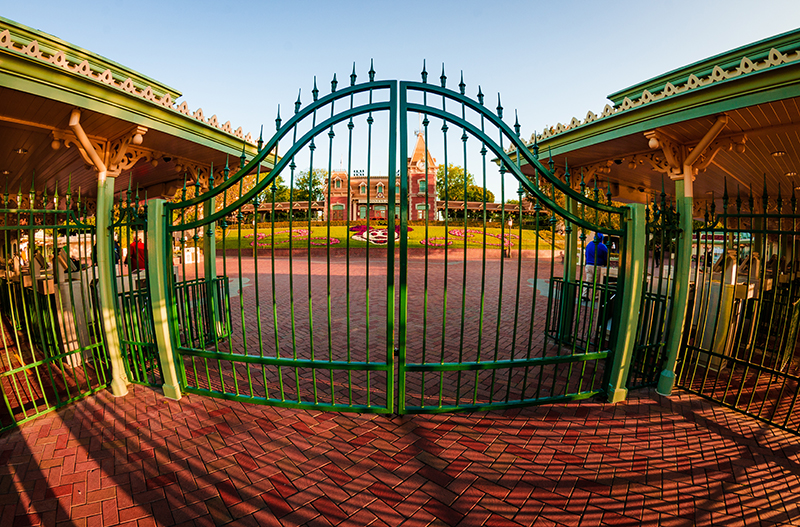 Our recommendation is arriving at least 30 to 45 minutes before Early Entry starts at Disneyland or DCA. In other words, an hour before official park opening time. This is nothing new–we offer this same advice for normal days and will continue to advise off-site guests to get to the parks at least 45 minutes early. In reality, you should err on the side of arriving earlier since getting through bag check and the turnstiles can be unpredictable.

The time flies by, and you’ll want to be as close to the front of the pack as possible when Early Theme Park Entry begins so that you can experience as many attractions as possible. 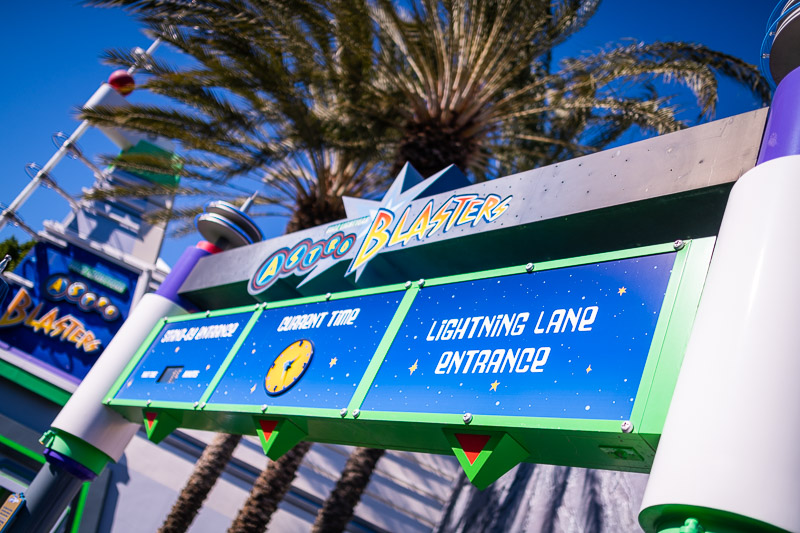 Note that some of our recommendations depend upon whether you’ll be purchasing Genie+ or Individual Lightning Lanes for each park. See our Guide to Genie+ and Lightning Lanes FAQ for Disneyland & DCA for everything you need to know.

In general, we recommend at least one day of Genie+ while visiting the California parks. If you have Park Hopper tickets (which we highly recommend–see our Disneyland Ticket Buying Guide) it’s usually possible to complete everything that’s a high priority in a single day via Lightning Lanes in both Disneyland and Disney California Adventure. Whether you want or need Genie+ for subsequent days will depend upon your budget and if you want to re-ride favorite attractions. 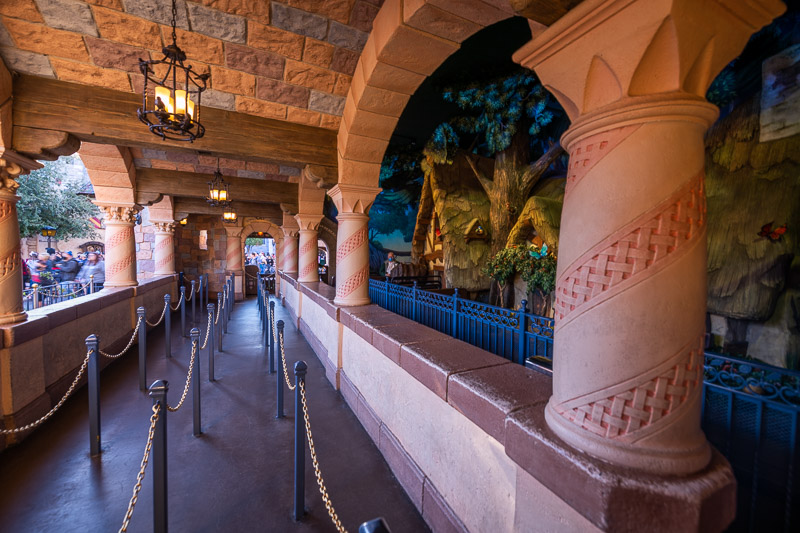 Not only are these timeless attractions a quintessential part of the Disneyland experience, but several don’t offer Lightning Lane line-skipping access via Genie+ and are easy to knock out in the morning in quick succession. 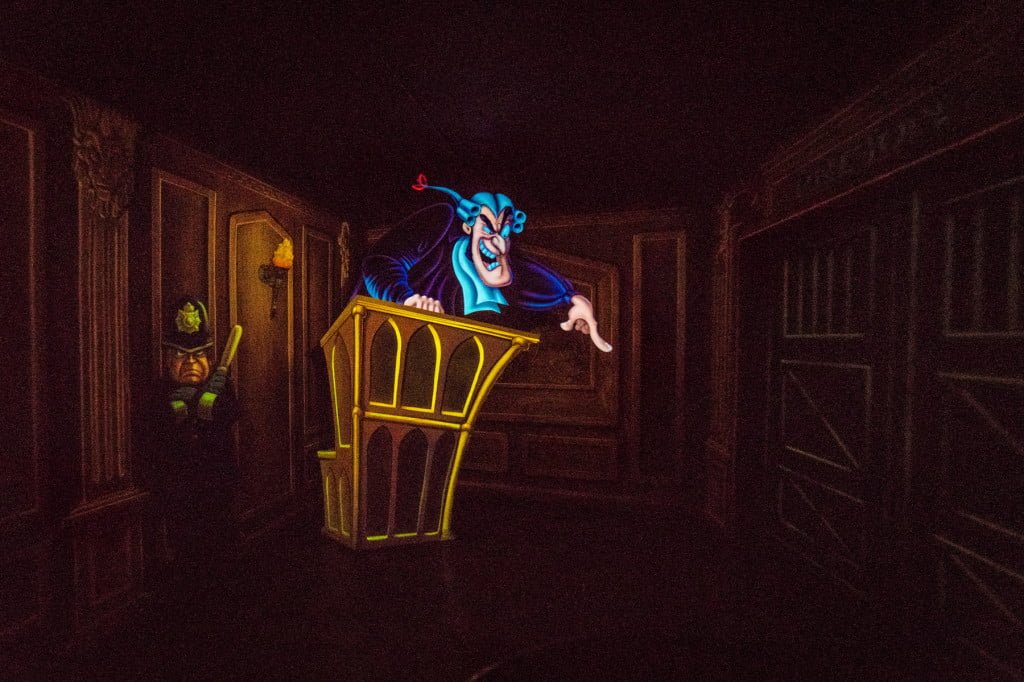 The reason that Fantasyland is the “correct” place to start is quite simple: the time it takes to do each attraction in Fantasyland is significantly lower than alternatives in Tomorrowland. Fantasyland dark rides are mostly old school, no-nonsense attractions. They have short queues, no pre-show, and dump you right out near other attraction entrances.

The minimum ride time for most Fantasyland attractions is under 5 minutes. You can easily accomplish numerous Fantasyland attractions during Early Entry at Disneyland. By contrast, Space Mountain and Star Tours – The Adventures Continue each can consume a decent amount of time by virtue of the lengthy queues and load processes.

We’ll be back with a full Early Entry photo report from Disneyland very soon. For now, our strong advice would be to replicate the strategy in our Guide to Rope Drop at Disneyland. 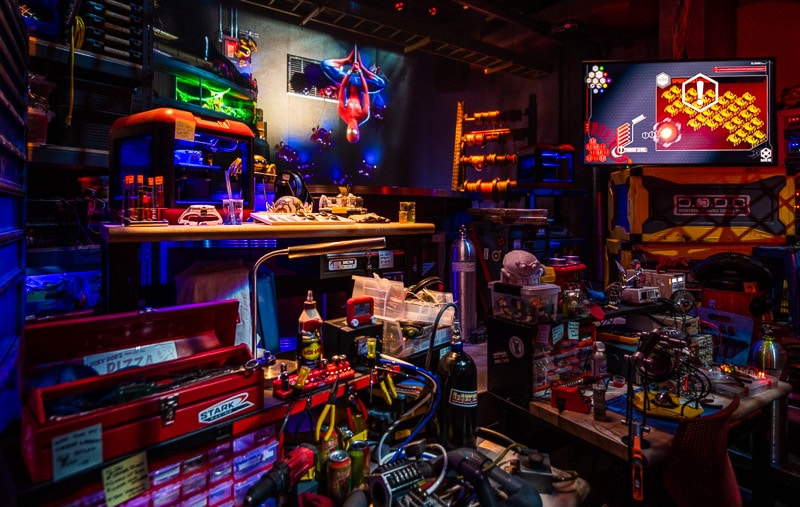 Over at Disney California Adventure, the best approach for Early Entry isn’t quite as clear-cut since the operational attractions are spread all over the park. Our initial inclination is to start with Avengers Campus, as this Marvel-themed land has two popular rides that will have long waits later in the day. You’ll likely want to start out with WEB Slingers: A Spider-Man Adventure and bounce over to Guardians of the Galaxy – Mission Breakout from there.

Where you go next is up in the air, but the best approach will probably be crossing over to Cars Land for traditional rope drop at Radiator Springs Racers. The minimum time for all of the eligible attractions at DCA is higher, so we’ll have to test to see just how much can be accomplished during Early Entry at Disney California Adventure. 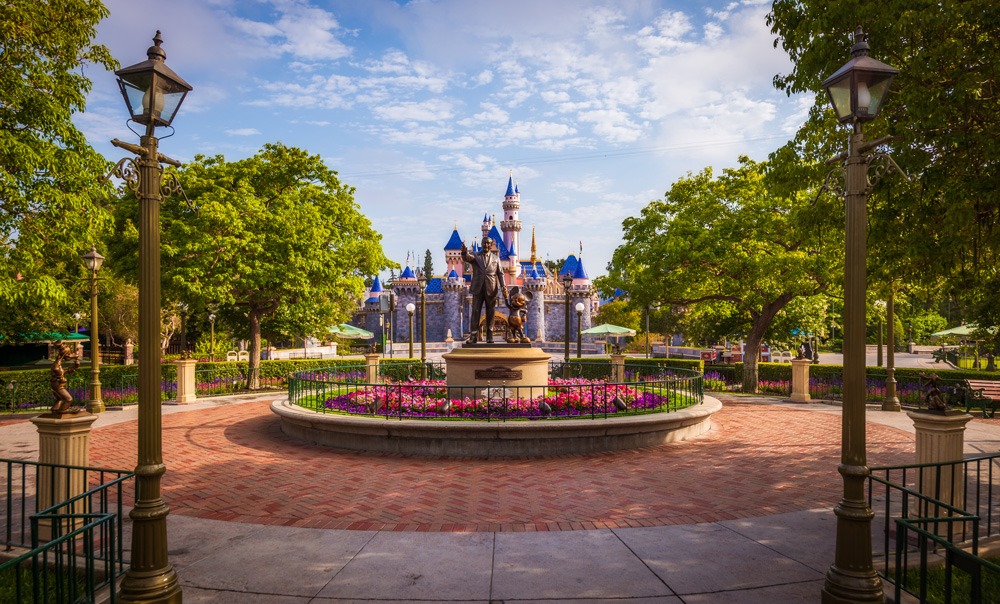 We are really curious as to what crowds will be like during Early Entry at Disneyland and Disney California Adventure. Even though the attraction lineups are limited, so too is eligibility. With only three participating properties at Disneyland Resort, there simply are not that many hotel guests who will have access to this now-daily perk.

That’s a far cry from the situation at Walt Disney World. Although Florida has double the parks, which obviously helps, there are also exponentially more eligible hotels. This means significantly higher demand on each park, even with 2 more parks than California. 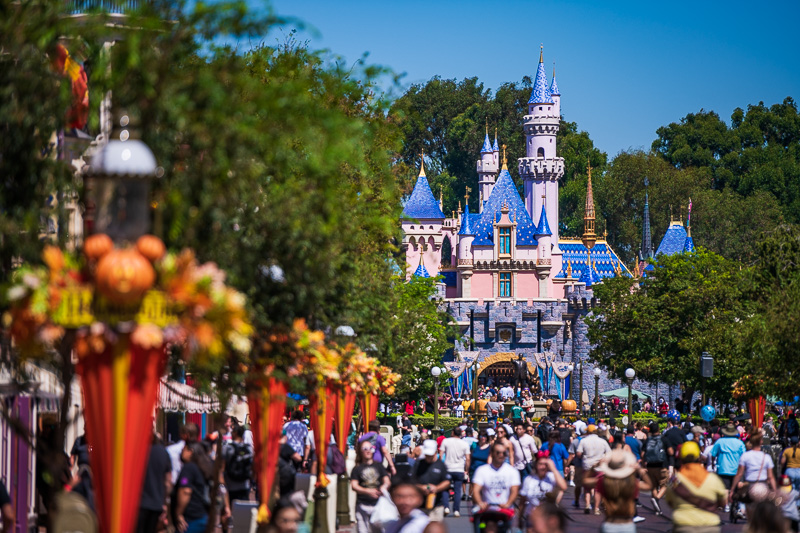 It’ll also be interesting to see how crowds compare to Magic Mornings and Extra Magic Hour at Disneyland Resort pre-closure. We were not fans of Magic Mornings or Extra Magic Hour at Disneyland, because they were open to so many guests. Those days didn’t just have guests of the three hotels, they were also open to 3+ day ticket holders and those who bought qualifying vacation packages for Good Neighbor Hotels.

Our expectation is that Disneyland Resort will eventually expand Early Entry in a similar fashion, but not to that extreme. It’s likely that guests of the 3 on-site hotels won’t even come close to fully utilizing the parks during the 30-minute head start, and Disneyland management will want to expand the offering to other guests to incentivize sales of more vacation packages or tickets. That’s just a guess, though.

Ultimately, that’s everything you need to know about Early Entry at Disneyland and Disney California Adventure. We will undoubtedly be updating this strategy guide several times in the coming months, as we already have hotel stays booked to test drive this new perk and formulate specific strategy. Stay tuned–we’ll continue to cover all of the important Disneyland planning details and also share Early Entry photo reports from our experiences with this new on-site hotel benefit!

Thoughts on Early Entry at Disneyland and Disney California Adventure? Would you book a night or two at Grand Californian Hotel, Disneyland Hotel, and Paradise Pier Hotel in order to have access to this on-site perk? Excited to take advantage of this morning head start or think it’s too short to be useful? Disappointed about the eligibility rules or attraction lineups? Do you agree or disagree with our assessment? Any questions we can help you answer? Hearing your feedback–even when you disagree with us–is both interesting to us and helpful to other readers, so please share your thoughts below in the comments!