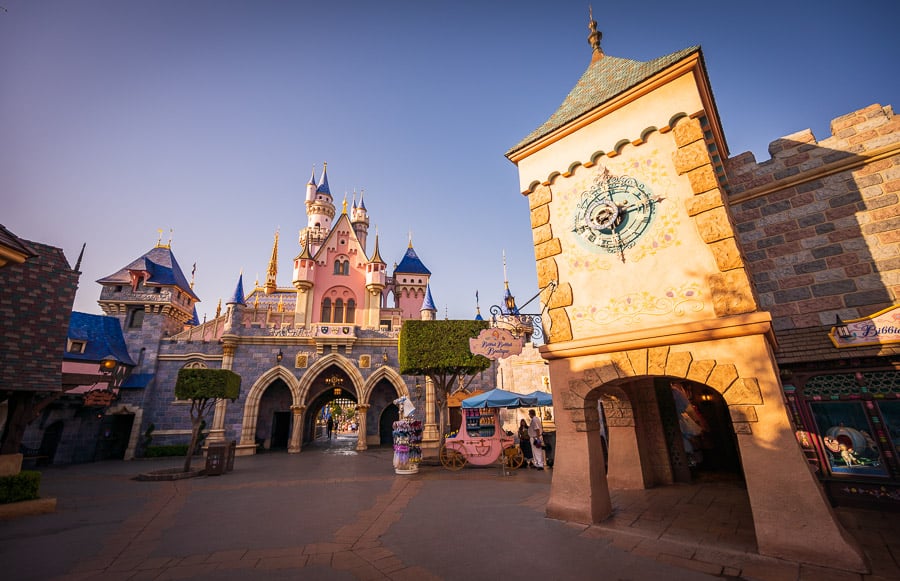 Early Entry is now available for on-site hotel guests at Disneyland, and we’ve had a chance to check it out. This photo report offers a step-by-step look at what we accomplished in Fantasyland and Tomorrowland during the morning Extra Magic Hour replacement and at park opening, tips & tricks, and more.

For this visit to Disneyland, we stayed at the Grand Californian. This is far and away our favorite hotel at Disneyland Resort, like a more luxurious Wilderness Lodge (the two are actually significantly different, but that’s not the point of this post). Grand Californian’s hotel side features (relatively) recently updated rooms and the Disney Vacation Club side offers great value for money and charming (or dated, depending upon your perspective) style.

Disneyland currently opens at 8 am, meaning that Early Entry begins at 7:30 am. Unlike Walt Disney World, all three of the on-site hotels are located within walking distance of both Disneyland and Disney California Adventure. As such, there’s nothing to discuss in the way of transportation or parking for Early Entry–we simply walked to the park.

We arrived at Disneyland’s front entrance around 7 am, expecting that there would be specific turnstiles set aside for Early Entry and those eligible guests would be allowed on Main Street prior to regular rope droppers. This is how the previous Extra Magic Hour and Magic Morning entry windows previously worked.

However, that is not currently the case for Early Entry. Instead, all of the turnstiles open a couple minutes before 7:30 am and everyone is able to access Main Street at the same time. This is oddly stressful, as every minute matters and you start worrying that something is going to go wrong, eat into Early Entry time, and make the morning a bust. 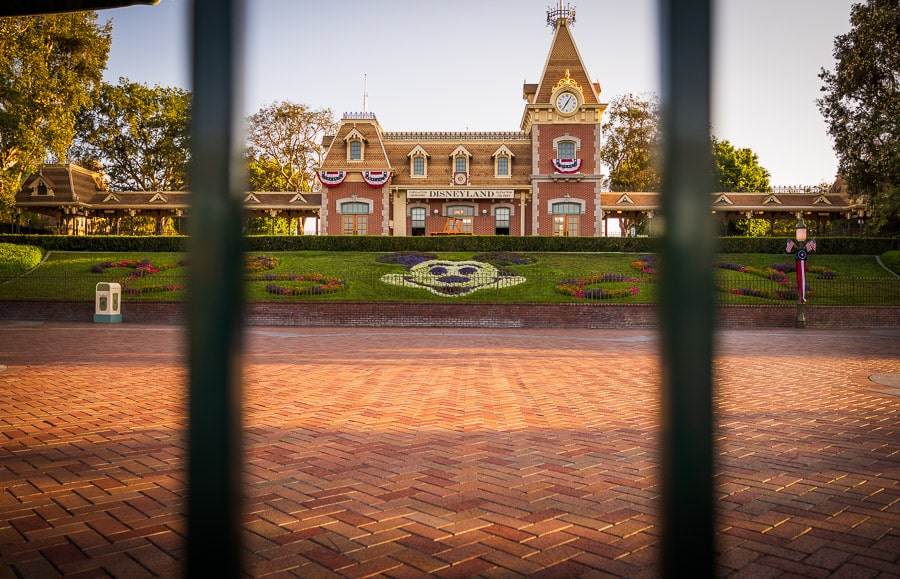 Despite the excruciating wait and our (unfounded) fears, we were in the park within 60 seconds after the turnstiles opened. Early Entry guests are then able to walk through a separate checkpoint near the Plaza Inn to access Fantasyland and Tomorrowland, where all of the select attractions and experiences are open for Early Entry.

At this checkpoint, guests show their room key or pull up their resort hotel reservation in the Disneyland app. It’s a quick and painless process, taking a matter of moments. This is the only checkpoint for Early Entry eligibility. Once you’re verified here, you’re good to go for the morning. 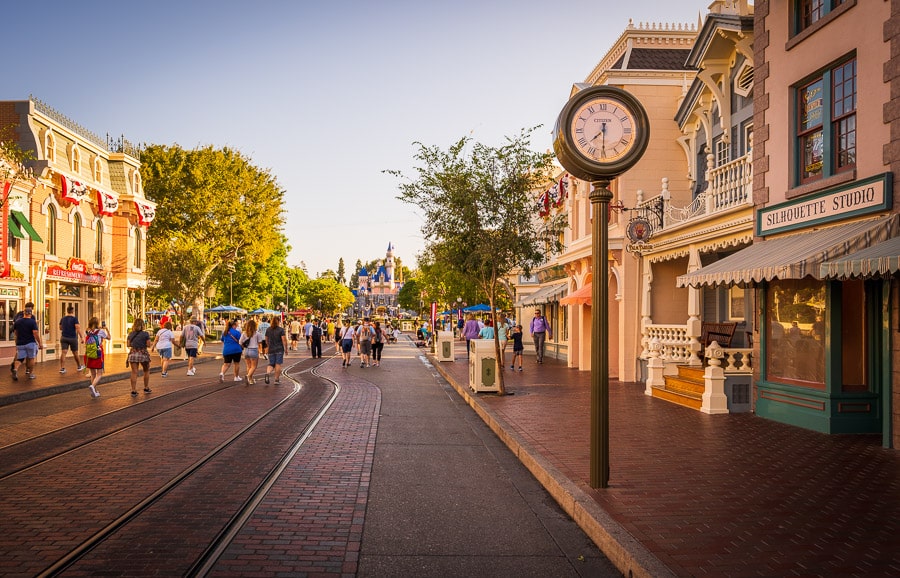 This is almost identical to how Early Entry operates at Magic Kingdom, save for the part where the turnstiles open only a couple minutes before Early Entry starts. There, the turnstiles open around 30 minutes early (it depends on the day and official park opening time) and crowds congregate on the bridges to Tomorrowland and Fantasyland, which have their own rope drop of sorts at the start of Early Entry.

In any case, it’s a smooth process and we were off to our first attractions in Tomorrowland and Fantasyland shortly after 7:30 am. 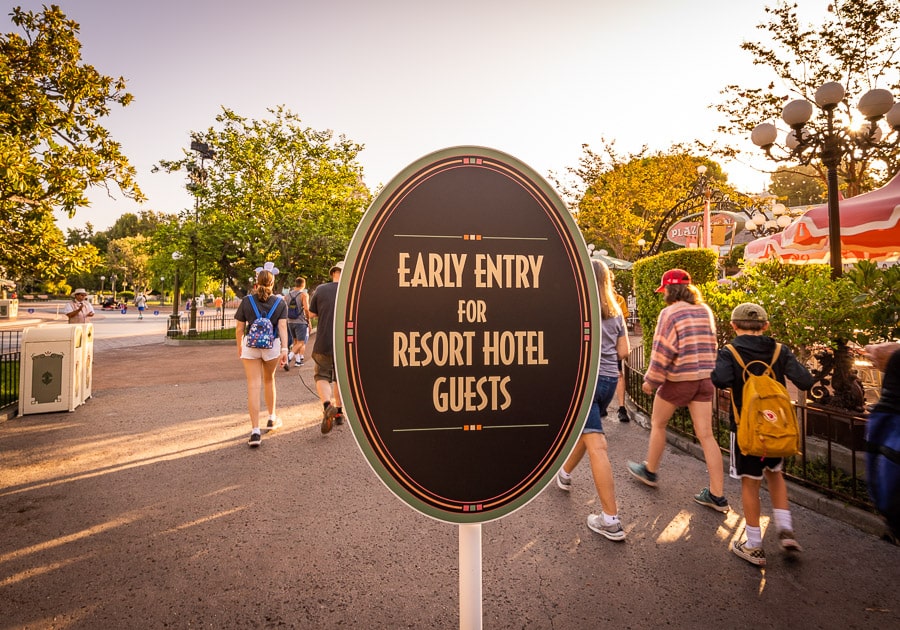 Our plan was to take a divide and conquer approach, with Sarah starting in Fantasyland while I knocked out Tomorrowland.

That quickly went sideways, as Space Mountain was having technical difficulties and would have a delayed opening. This would obviously be a negative outcome for the actual tourist wanting to, you know, do things. For me, it was a bit of a relief. I was off the hook and could go about my business taking morning photos of Disneyland.

Sarah started with Peter Pan’s Flight, where she entered the line at 7:31 am.

No downtime here, as she took flight aboard Soarin’ over London and Neverland by 7:34 am. 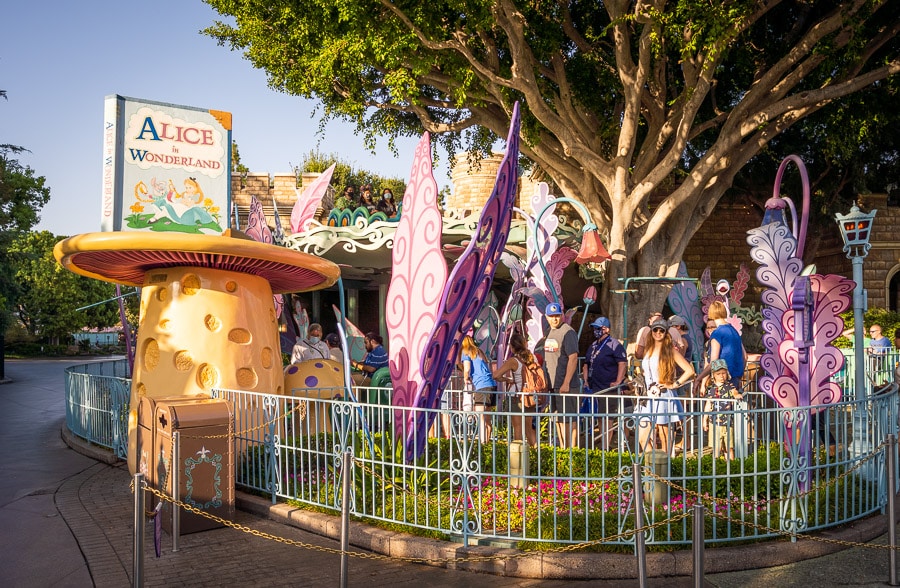 Sarah’s next stop was Alice in Wonderland, where was in line at 7:37 am and boarded the ride at 7:39 am.

Photographic proof of her presence is presented above. 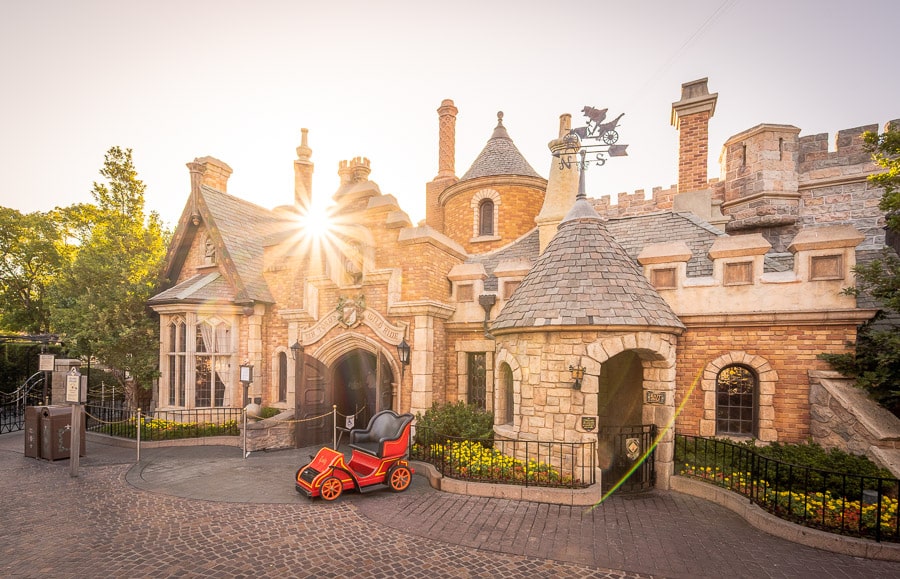 Her wait time for each of these attractions was 1 minute, which is the time it took to walk through the empty queues. 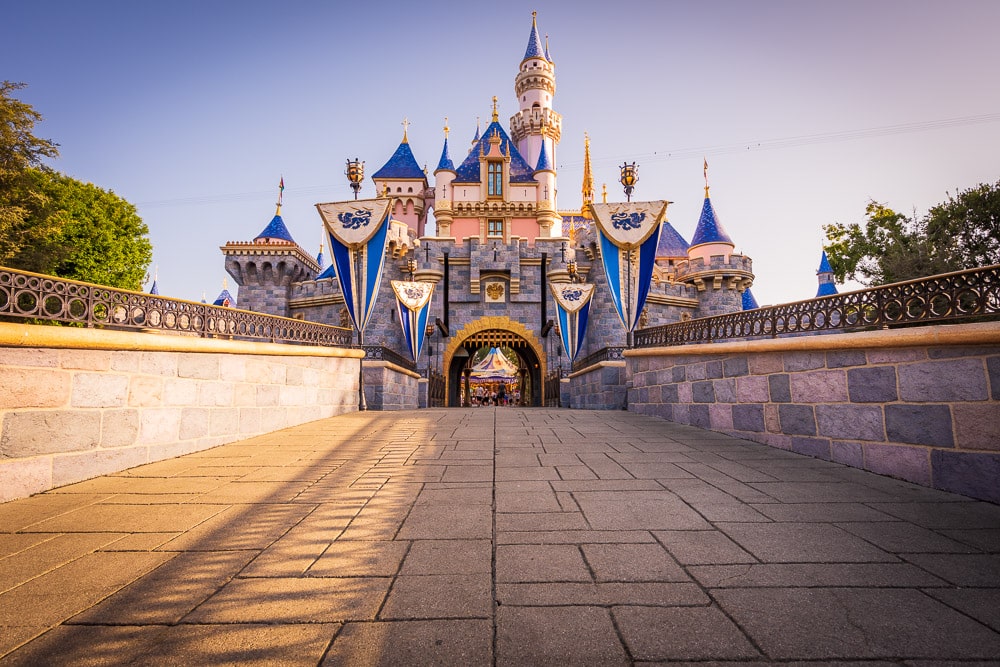 Meanwhile, I wasn’t just screwing around taking photos (“just” is doing the heavy lifting in that sentence).

In addition to running around Sleeping Beauty Castle and Fantasyland for empty photos, I also observed an interesting crowd pattern that I figure is worth sharing. 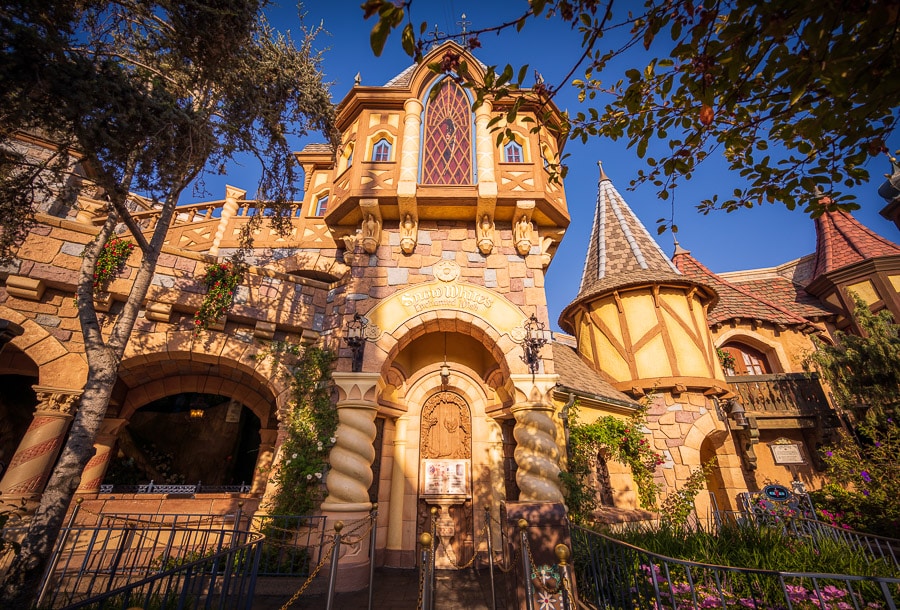 The line for Peter Pan’s Flight actually got shorter over the course of Early Entry. It was never long, but it definitely “peaked” around 7:40 am with a 15 minute posted wait, falling from there.

The reason for this is that so few guests are eligible for Early Entry and Peter Pan’s Flight is so obvious as the top priority that the vast majority of people do it first. When all of those guests cycle through, there’s a lull and wait times actually drop between ~7:45 am and park opening. 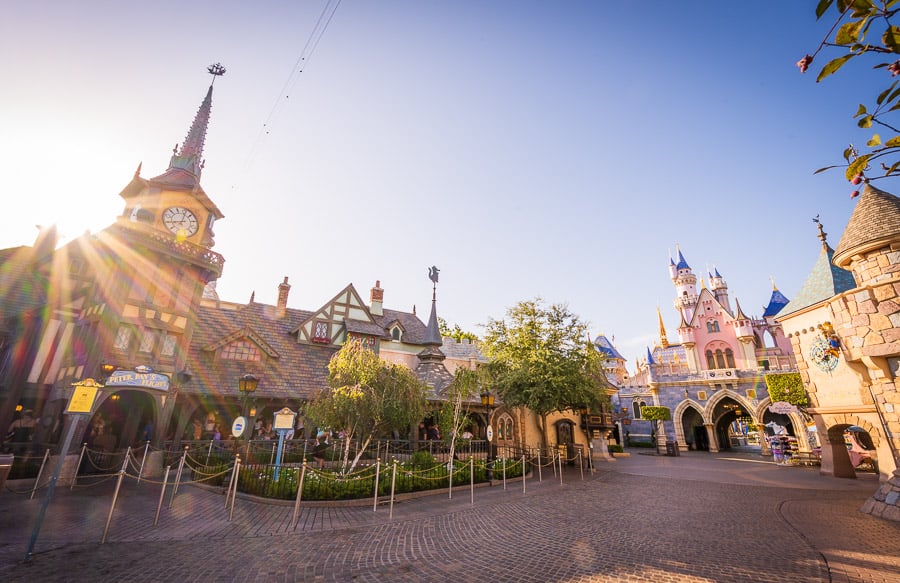 To illustrate this point, contrast the photos above and below. The first was taken at 8:01 am as Early Entry wound down. There is a slight line at Peter Pan’s Flight, but it’s probably a 5 minute or less wait at this point.

About 60 to 90 seconds later, the rope drop crowd flooded Fantasyland. It was like the running of the bulls, but with tired tourists and screwball stroller-drivers…so scarier! (I really should’ve captured this via video, but didn’t think about doing that until it was too late.) 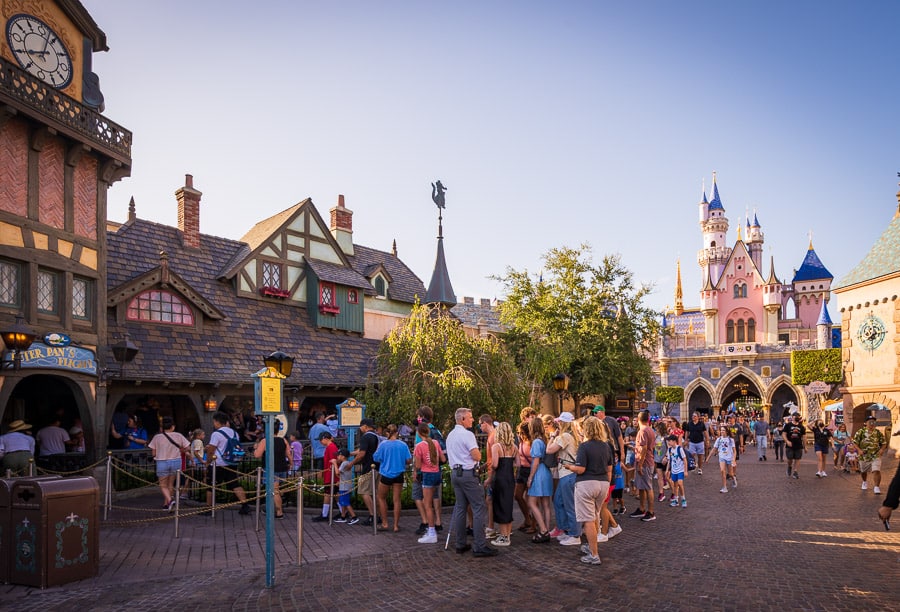 By the time actual rope drop rolled around, it’s as if everything in Fantasyland had reset. This is great news for regular day guests, as it means rope drop strategy essentially remains unchanged. Unlike Walt Disney World, there are so few eligible Early Entry guests that they are not enough to keep wait times elevated leading into park opening.

Of course, this was the dynamic with Space Mountain down, so perhaps there would be a bit of a bump or sustained plateau with that open. However, I doubt that for one very big reason… 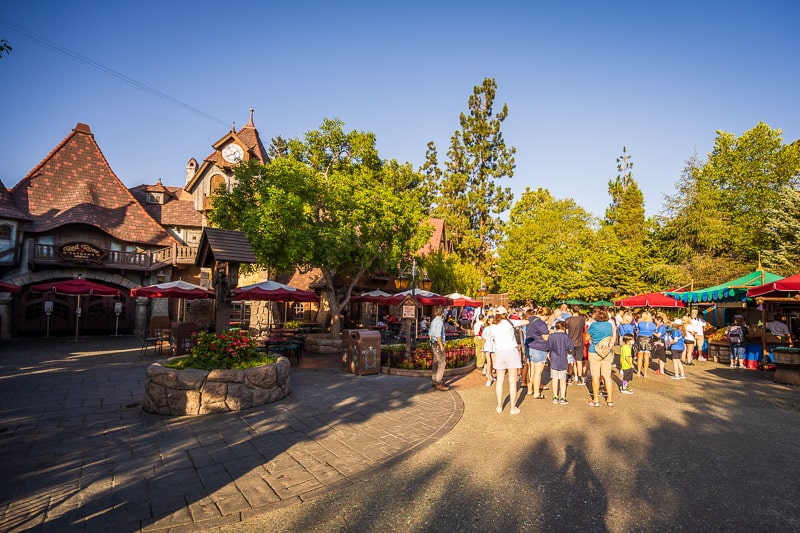 By around ~10 minutes before park opening, the Early Entry crowd had almost entirely moved on to the Fantasyland entrance to Star Wars: Galaxy’s Edge near Red Rose Taverne. The rest of Fantasyland was relatively desolate, with the crowd gathering here for rope drop.

This will disrupt things for regular guests, as the route to Star Wars: Rise of the Resistance is significantly shorter here than from other rope drop locations at the front of Disneyland. With that said, we do not recommend rope dropping Galaxy’s Edge, anyway. (See our Disneyland Park Opening Strategy & Rope Drop Tips, which remains accurate post-Early Entry.) 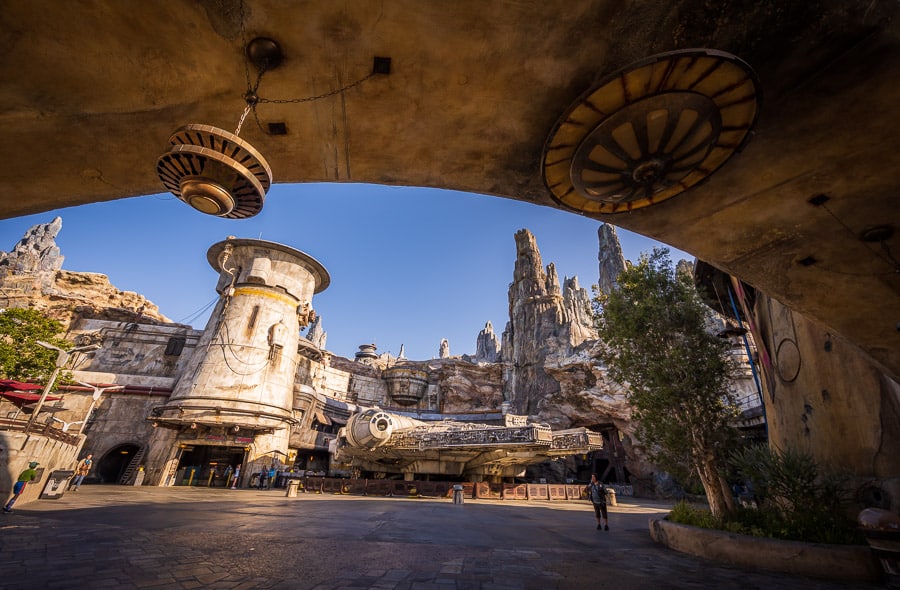 We stuck to our tried and true approach of me screwing around taking photos while Sarah did the testing, and she arrived in line for Star Wars: Rise of the Resistance at 8:03 am, beating the regular rope drop crowd from the other direction. However, it’s important to stress here that Sarah is almost certainly faster than you (no offense). Not to brag her up too much, but Sarah could totally beat Duncan Meyer in a race.

Sarah was in the first pre-show by 8:07 am. She reported that the entire process was seamless and all of the effects were working properly. 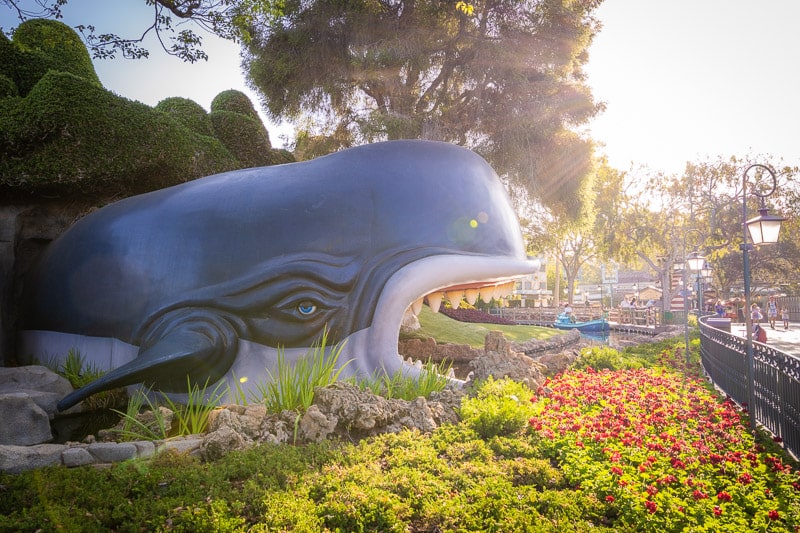 We stopped taking notes at this point, and began enjoying the morning. With that said, the optimal strategy would’ve likely been either moving on to Millennium Falcon: Smugglers Run and then backtracking to the Fantasyland rides that weren’t previously open (Storybook Land Canal Boats and Casey Jr. Circus Train) or knocking out the mountains, Haunted Mansion, Indiana Jones Adventure, and Jungle Cruise.

Objectively, the latter approach is likely a bit superior and is more or less what we did–although Indy experiencing downtime derailed our plans to some degree. 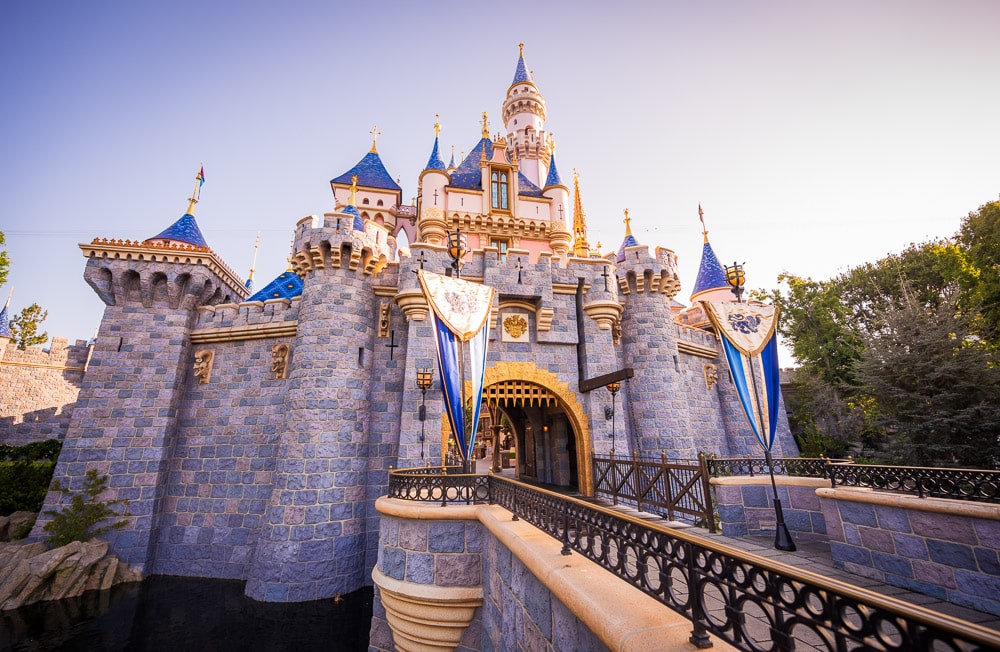 Ultimately, Early Entry at Disneyland is an excellent on-site perk that enables guests to accomplish a ton in a really short window of time. Within the first two hours that the park was open, we had done just about every major attraction, which positioned us well for enjoying the rest of the day at a more leisurely pace.

For now, Early Entry is perfect–a hugely beneficial perk for on-site hotel guests and something that’s minimally disruptive to off-site guests. This is unlikely to change much with crowd levels, as capacity is constrained by virtue of there only being 3 official hotels at Disneyland Resort. 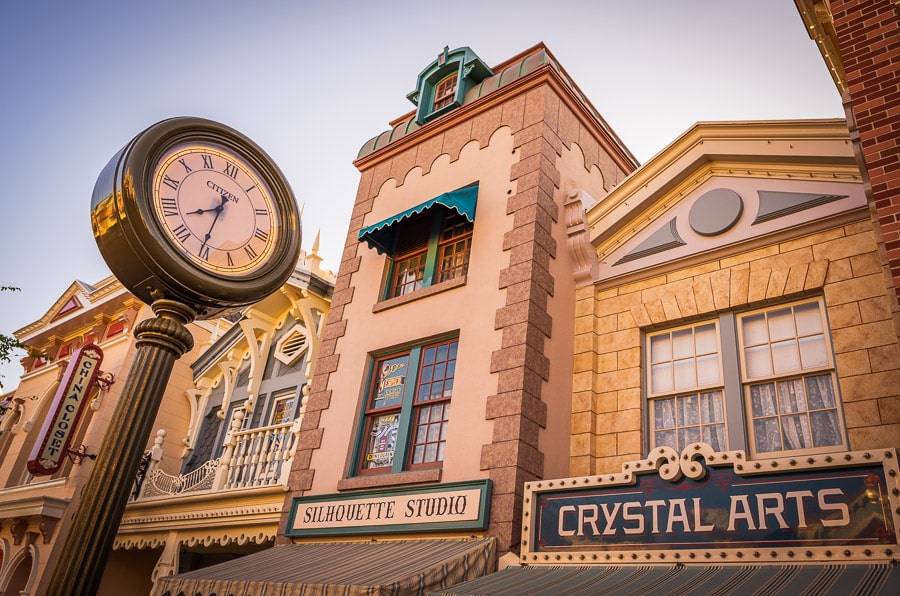 What’s more likely to change is eligibility. It seems like only a matter of time before Disneyland recognizes that there’s unutilized capacity during Early Entry, and the operating costs are higher than the booking benefit of the perk. At that time, we’d expect to see this expanded to select Good Neighbor Hotels or certain ticket types, just like Magic Mornings or Extra Magic Hour before it. We’ll revisit Early Entry if those changes occur, but for now, it should be an awesome way to start your day at Disneyland!

Thoughts on Early Entry at Disneyland? Would you book a night or two at Grand Californian Hotel, Disneyland Hotel, and Paradise Pier Hotel in order to have access to this on-site perk? Excited to take advantage of this morning head start to knock out Fantasyland and get a jumpstart on crowds to Star Wars: Rise of the Resistance, or will you stick to rope drop? Disappointed about the eligibility rules or attraction lineups? Do you agree or disagree with our assessment? Any questions we can help you answer? Hearing your feedback–even when you disagree with us–is both interesting to us and helpful to other readers, so please share your thoughts below in the comments!