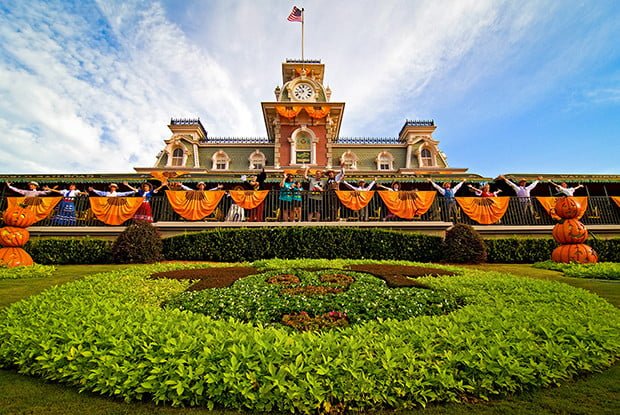 It’s hard to believe that there’s less than a month of summer remaining. Well, at least for Walt Disney World. Fall starts in Magic Kingdom on August 25 with the first Mickey’s Not So Scary Halloween Party. Over at Epcot, fall kicks off on August 31 (possibly a day earlier with potential soft openings) with the start of the Epcot International Food & Wine Festival.

While the “real” first day of fall doesn’t occur until September 22, Walt Disney World getting a jumpstart on the season is not exactly unprecedented. About a decade ago, Magic Kingdom tried to bridge the gap in its hard ticket party ‘season’ by offering the Pirate and Princess Party throughout August.

Still, it feels a bit premature to be celebrating in August. I remember our visit last year in mid-September: it was incredibly hot and humid for the first day of Food & Wine, and I was not exactly in the Halloween spirit as I sweat mixed with sunscreen dripped into my eyes, stinging me as I tried to photograph the first Boo to You parade…

While I never miss a chance to complain about Florida’s sweltering heat and humidity, I honestly can’t complain too much about this. I’m looking forward to both events, and we’re visiting near the beginning of the fall (going by Walt Disney World’s calendar, not the real thing) in order to have planning-oriented posts up early in the season.

We’re also aiming to avoid the heavy crowds that we predict will descend upon Walt Disney World around the end of September and throughout the month of October. While I’m not exactly a fan of sweating through my shirt, I’ll take it over milder weather, congested walkways, and high wait times.

One area of disappointment is that we won’t get one final chance to experience Great Movie Ride or Universe of Energy. We booked this trip prior to the D23 Expo, and while we were pretty confident the closure of both would be announced, we assumed it would occur just before the start of the next fiscal year (October 1). We’ve been making a point of experiencing both on every trip for the last year–knowing each ride might be our last–but one final ride still would’ve been nice.

Speaking of which, many of you have asked us about the impact of construction on your late 2017 or 2018 vacations. There’s no concise answer to that, but tomorrow we’ll have a post offering some thoughts on the anticipated timeframe of each upcoming project, and how it’ll impact guests. Readers seem most worried about Disney’s Hollywood Studios, but Epcot is probably going to be more heavily impacted… 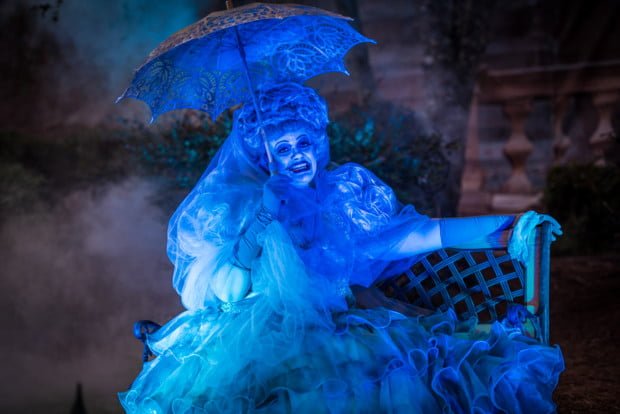 We’re attending Mickey’s Not So Scary Halloween Party even earlier this year than we did last year, and I started to get myself excited for it yesterday. Fun “fact” – there’s absolutely nothing wrong with listening to the ‘Boo to You’ music once August starts. (I also listen to Christmas music before Thanksgiving, so you might take my opinion on this with a grain of salt.)

We’re optimistic that the late August dates through mid-September will be among some of the best parties to attend in terms of crowds. No matter which date you’re attending, consult our Guide to Mickey’s Not So Scary Halloween Party for comprehensive advice.

The other reason I’m excited for this fall is all the food. We already covered the 30% discounts and $35 Magical Dining Month in our Fall 2017 Walt Disney World Dining Deals post, but it’s worth reiterating that September will be a good month for eating.

If you’re wanting to dine at more popular restaurants, be mindful of the fact that the entire fall is Free Dining “season” too, which means availability will already be incredibly limited at many restaurants. Even when Free Dining is blocked out in October, scoring ADRs at the last minute won’t be all that easy, since hotel occupancy is high. Suffice to say, make those ADRs now.

With that said, we are still debating our ADRs (thankfully, all of the restaurants that interest us have availability…hence the deals), so that’s ‘do as we say, not as we do’ kind of advice. We are leaning towards Jiko, STK, Olivia’s, and Ravello. Maybe a return to Artist Point or Todd English’s bluezoo, too. (We’re open to suggestions!) Then, there’s the main foodie event… 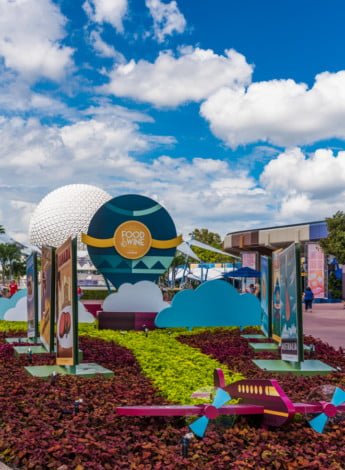 If you’re starting to prep for Food & Wine, Step 1 should be to some ‘Stomach Expansion Training’ so you can eat everything. Or, perhaps ‘Stomach Contraction Training’ if you don’t want to empty your bank account. 😉

Step 2 should be consulting our Guide to the 2017 Epcot International Food & Wine Festival. If you’ve never done the Food & Wine Festival (or even if you have), there’s a lot to know about the event, and there are tons of aspects that fly under-the-radar, so doing some research before heading to the event can pay dividends in trying out various seminars, special meal offerings, and that sort of thing.

We also have Booth Menus & Food Photos of every item we tried last year, which will be refreshed once we try everything this year. Finally, our 10 Best Snacks at the Epcot Food & Wine Festival. With most of our favorites returning, that’s a good resource if you’re only doing light grazing. 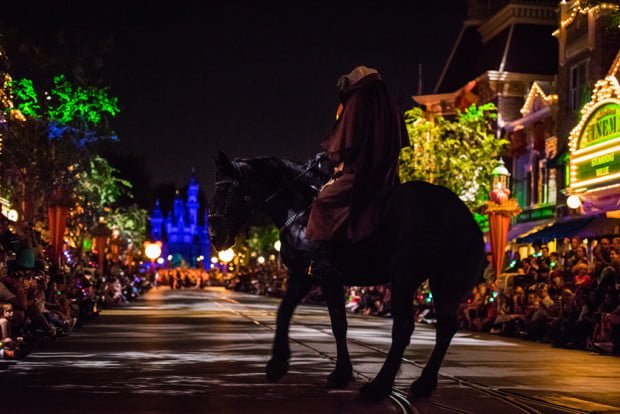 Fall comes early–but not quite as early–to California, too. We’ll be attending the first Mickey’s Halloween Party of the year on September 20 at Disneyland, and will have a full report for you after that.

If you’re a Californian and are debating which date to attend, we’d strongly recommend getting into the Halloween spirit early if you can. Not only are the early parties cheaper, but the ones in October will definitely sell out and be more crowded. Even the September ones very well might sell out, but we’re hoping the latest price increase will help cull the crowds a bit.

With that said, it is fantastic to have finally have the Rivers of America attractions back. Even if these slow moving ‘transportation’ rides are not for you, they add so much kinetic energy, and Disneyland just didn’t feel quite like Disneyland without the Railroad and Mark Twain running. It’s really, really good to have the boats and trains back.

Oh, and one quick note before we move on–thank you so much to everyone who has supported our fundraising campaign for Give Kids the World. So far, our readers have raised over $13,000 for this wonderful charity. We really appreciate your support of this wonderful organization that helps grant wishes for families of terminally-ill children. Thank you!

Free 101 Things to Do in Southern California eBook 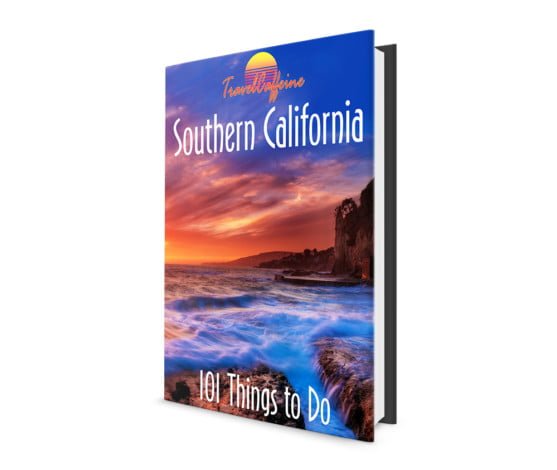 If you’re planning a Disneyland vacation–or even if you’re not–we have an update that might interest you. Today, we’ve relaunched our non-Disney blog, TravelCaffeine.com, with a new look. To celebrate, we’re giving away a free eBook, 101 Things to Do in Southern California, to newsletter subscribers.

We’ve been putting a ton of work into TravelCaffeine recently, and we think it could be a great companion planning resource to those of you planning trips, especially to Disneyland, Tokyo Disneyland, and Disneyland Paris. (We’re “looking into” more posts about Florida.)

In addition to that eBook and today’s Ultimate Guide to Los Angeles, we’ve done several posts recently that might be of interest to Disney fans. In particular, our 1-Day Walt Disney-Inspired Los Angeles Itinerary offers a look at real-world “Disney” places.

Even if you aren’t planning a trip to any of those destinations, TravelCaffeine features tons of nice landscape photos I’ve taken (which is probably the only reason you “read” this blog, anyway), so at least there’s that. If you’re into my photography, you can likewise follow TravelCaffeine on Twitter or Like the TravelCaffeine Facebook page. Landscape photos are like puppy photos–you can never see too many!

Anyway…that’s our pitch. We really hope you’ll check out TravelCaffeine.com. We pour the same time, energy, and heart into that blog as we do with DTB. That means you’ll find it written with the same ‘voice’ (for better or for worse), which means the same type of value for money reviews, comprehensive planning guides, travel hacks & tips from our perspective…even the lame jokes are there! If you enjoy DTB, we think you’ll enjoy TravelCaffeine. If you hate DTB, well…why are you reading this post?

Are you traveling to Walt Disney World or Disneyland this fall? Are you visiting earlier in the ‘season’ or waiting until the temperature cools a bit and crowds increase? Any particular offerings you’re looking forward to in the parks this fall? Any thoughts on TravelCaffeine or our 101 Things to Do in Southern California eBook? Any questions? Hearing from you is half the fun, so please share your thoughts in the comments below!