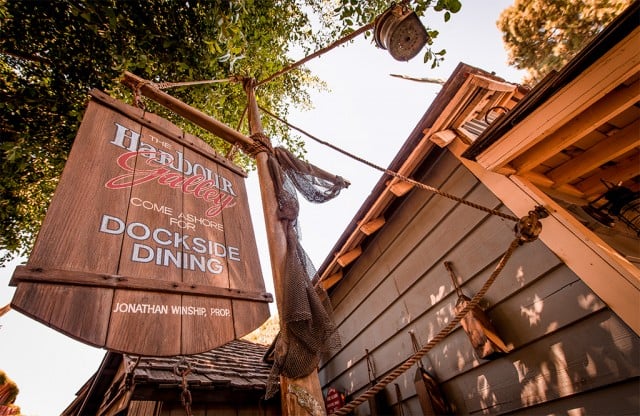 Harbour Galley is a counter service restaurant in Disneyland’s Critter Country. To most guests, it probably looks like a snack stand outside New Orleans Square. In a few ways, Harbour Galley is sort of in no man’s land. It’s before the entrance to Critter Country and outside of New Orleans Square. It has a New England theme, which I suppose works with the Rivers of America, but not with either adjacent land. It’s only slightly larger than a snack stand and, in fact, it used to be a snack stand that sold only McDonald’s french fries! It’s now more than just snacks (and no fries) and has seating…plus a “hidden” area that might also be considered part of it. Harbour Galley was the most recent menu to be overhauled as part of Disneyland’s ongoing improvements to counter service options around the park. Soups and baked potatoes are its main menu items, but there are other interesting options. Much like a thick Maine fog, Harbour Galley is a place of mystery and intrigue.

This mystery and intrigue is what keeps Harbour Galley’s legions of loyal fans (some experts have suggested that Harbour Galley actually has a more passionate fanbase than Duffy) returning time and time again. That, or it’s the surprisingly good food. We had never really given Harbour Galley much consideration until after hearing of its new menu on the Disney Parks Blog. We’re glad we gave it a try, as the food was much more than we previously expected. 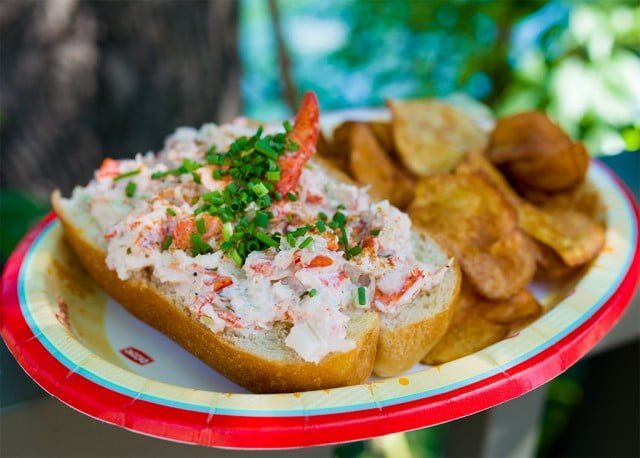 Harbour Galley’s menu isn’t exactly busting with options, but it does have some good choices. The flagship item on the menu, we think is the Lobster Roll (the first time a counter service restaurant in Disneyland has served one.) We were both impressed with the Lobster Roll. Now, before you New Englanders jump down our throats suggesting that this isn’t a “real Lobstah Roll,” keep in mind that this isn’t New England. It’s Disneyland. Compared to a lobster roll you’ll likely find in SoCal, it was pretty good. There was a decent amount of sweet and tender lobster meat (real lobster–none of that fake business) and dressing to hold it together and punch up the flavor a bit. In fairness, I prefer my lobster rolls to have a bit more mayonnaise than most people, so I had no issue with the amount of mayo on it. Friends who went to college in Maine commented to us that the amount of mayo on the roll was disappointing to them. At around $14 with chips, it’s on the expensive side, but that’s probably to be expected for a Disneyland lobster roll. So take our opinion here with a grain of salt if you have rigid lobster roll standards. We Midwesterners really liked it! 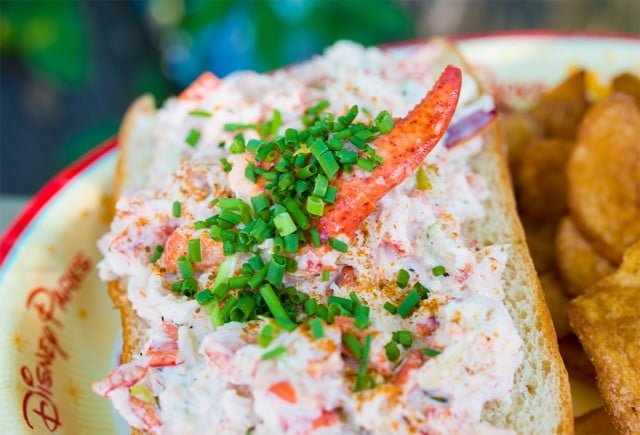 In terms of soups, during our visit, Harbour Galley had Clam Chowder, Broccoli and Cheddar Cheese Soup, and a seasonal soup (I don’t recall what), but we didn’t give much thought to these, as it was pretty hot out. They’re served in bread bowls from Boudin Bakery, so they’re probably just like the soup at Pacific Wharf Cafe and Royal Street Veranda. These bread bowls are fairly polarizing among guests, and even with us (Sarah likes them, I think they’re a waste as I never eat then entire bowl, but have to pay extra for it). 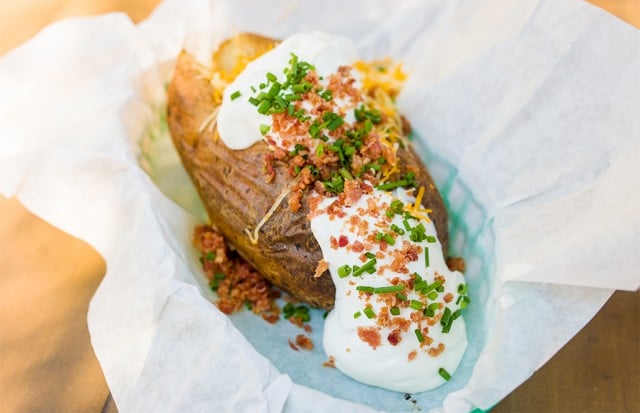 Baked potatoes are the other big menu category for Harbour Galley, and they do these well. We wanted to try the more adventurous Shrimp Salad Baked Potato (or even the Chicken & Slaw one), but both were inexplicably sold out. Instead, we got the plain ‘ole Bacon & Sour Cream one. Now, in fairness, a baked potato is not exactly a difficult food to prepare. In fact, you’d probably have to consciously try to screw it up, but we both really liked the potato. Ours had a good amount of bacon and a lot of sour cream, and was a delicious, savory snack. It’s not something I’d recommend to a first-time Disneyland visitor looking to try the best of Disneyland’s snacks (let’s be honest–a baked potato isn’t exactly unique), but we’ve tried a variety of Disneyland snacks. In any case, it was well-cooked and probably would be sufficient for a light meal. Like everything at Harbour Galley, it was on the expensive side, though. 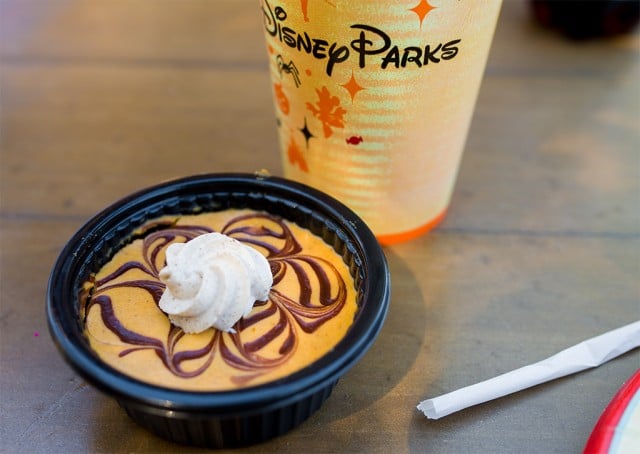 Harbour Galley also typically has a seasonal dessert. For our visit during Halloween season, it was pumpkin cheesecake. We’ve already covered this cheesecake in our Disneyland Halloween Dining Guide. Suffice to say, it was good but expensive.

Overall, Harbour Galley is a nice little hidden gem that offers a tranquil place to eat along the Rivers of America with a menu featuring some New England favorites. It doesn’t offer something for everyone, and certainly isn’t as good as something like, say, French Market. However, it doesn’t try to be, and exceeds expectations for a counter service location that could be considered a “snack stand+.” In fact, we’d rank it ahead of a number of fully-fledged counter service options, including Redd Rocket’s Pizza Port and Village Haus. If you like the choices it has to offer, it’s a great option, albeit an overpriced one.

Have you ever tried Harbour Galley? What did you think of it? Planning on going? Share your thoughts in the comments!