Two things can be true at once. Disney’s Hollywood Studios can have the most stacked ride lineup while also being the most frustrating theme park at Walt Disney World. In this post, we’ll break down what we mean by that, and offer some recommendations regarding whether you should do DHS.

It’s gotten to the point that in response to our recent Disney’s Hollywood Studios: This Isn’t Working post, 400+ readers commented. Most of them irate, and many questioning whether it was worth even bothering with DHS on their upcoming Walt Disney World vacations.

There’s one thing that we fear has gotten lost in the shuffle in our recent crowd-coverage and posts showing the chaos at Disney’s Hollywood Studios. The park is slammed…for good reason. Sure, Walt Disney World could and should do more to mitigate these problems. However, there’s a sensible rationale for guests who are showing up to DHS in record numbers–it has a lot of good stuff to experience, much of which is new. Here’s why you should set aside your apprehensions and do DHS, too…

Perhaps it hasn’t been clear from our previous coverage, but we can’t in good conscience recommend avoiding Disney’s Hollywood Studios right now. The reason we’ve been covering the park so extensively is not for the sake of rubbernecking an operational train wreck, it’s so you can take a sober look at the realities of visiting, plan accordingly, and strategically visit.

In the aforementioned “This Isn’t Working” post, we already covered the bad of DHS right now. We stand by all of that (and we’ll reiterate some of it later in this post), but we think it’s worth starting with the good to underscore why you should still visit Disney’s Hollywood Studios.

While the park is changing weekly in terms of operations, so many ‘big picture’ things have changed at Disney’s Hollywood Studios in the last couple of years that it’s easy to forget where things stood at this park just a few years ago… 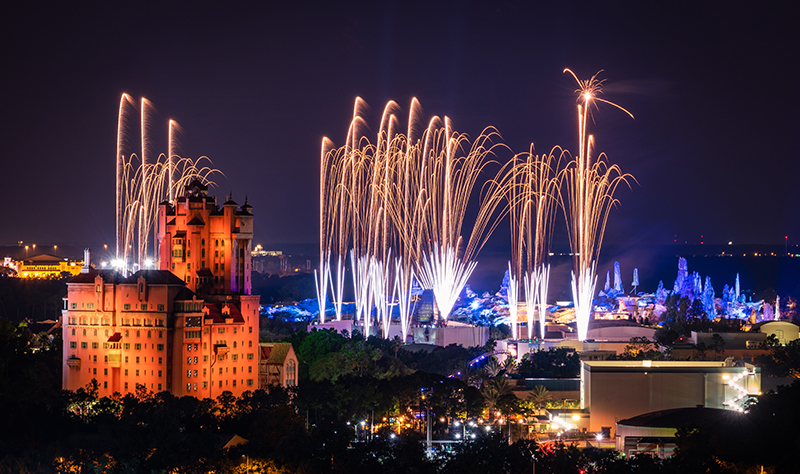 When we put together our Top 10 Attractions at Walt Disney World List a few years ago, the attraction lineup was so weak that only the Twilight Zone Tower of Terror made the list. However, that was put together while Disney’s Hollywood Studios was a veritable construction zone. Before both Toy Story Land and Star Wars: Galaxy’s Edge opened.

In looking at our more recent Top 10 Disney Attractions of the Last Decade, you’ll see that two attractions from Disney’s Hollywood Studios did make that list, including in the #1 slot. Even still, Slinky Dog Dash was a controversial snub, and this list was made before Mickey & Minnie’s Runaway Railway opened.

The decade is very young so this is all but meaningless, but that new attraction is currently Disney’s #1 new attraction of the new decade. At least, until Enchanted Tale of Beauty and the Beast debuts. (Speaking of which, read our Spoiler-Free Mickey & Minnie’s Runaway Railway Review for more on how that attraction rates and compares to other rides.) 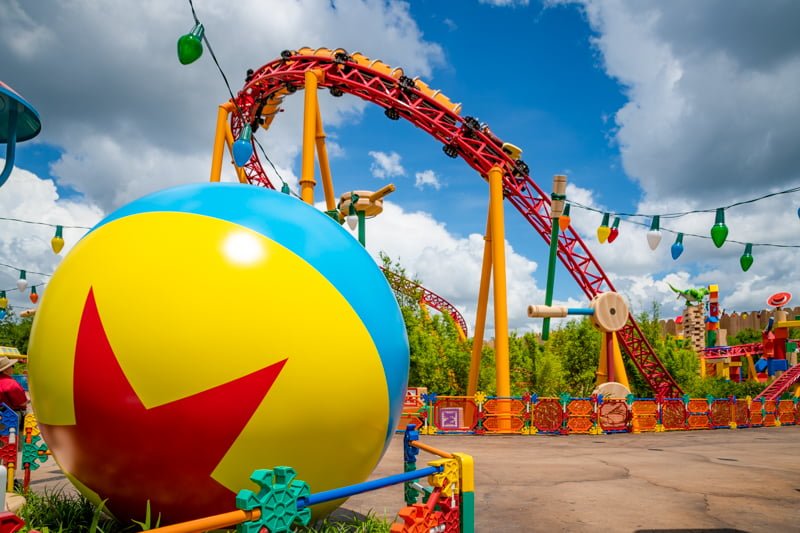 Someone else making that same list might include 4-5 attractions. That means Disney’s Hollywood Studios has somewhere between 33% and half of the best attractions at Walt Disney World right now. 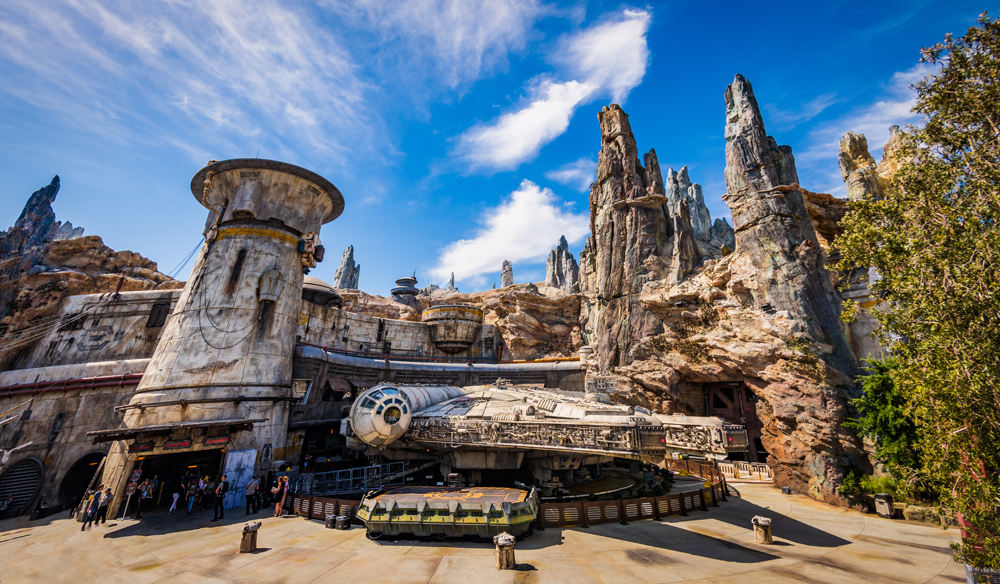 The reality is that Disney’s Hollywood Studios has an absolutely stacked ride lineup. The Twilight Zone Tower of Terror and Star Wars: Rise of the Resistance are both Walt Disney World all-time greats. Mickey & Minnie’s Runaway Railway, Millennium Falcon Smugglers Run, and Slinky Dog Dash are a trio of very good (or better) new attractions.

The ride lineup is so strong that it’s easy to forget Star Tours: the Adventures Continue, Toy Story Mania, and Rock ‘n’ Roller Coaster Starring Aerosmith. Just a few years ago, this trio was considered incredibly formidable–among the most coveted FastPasses at Walt Disney World. Remember when Walt Disney World’s most popular rope drop dash consisted of running through Pixar Place to Toy Story Mania? That was only 4 years ago! Now, Toy Story Mania is almost an afterthought. 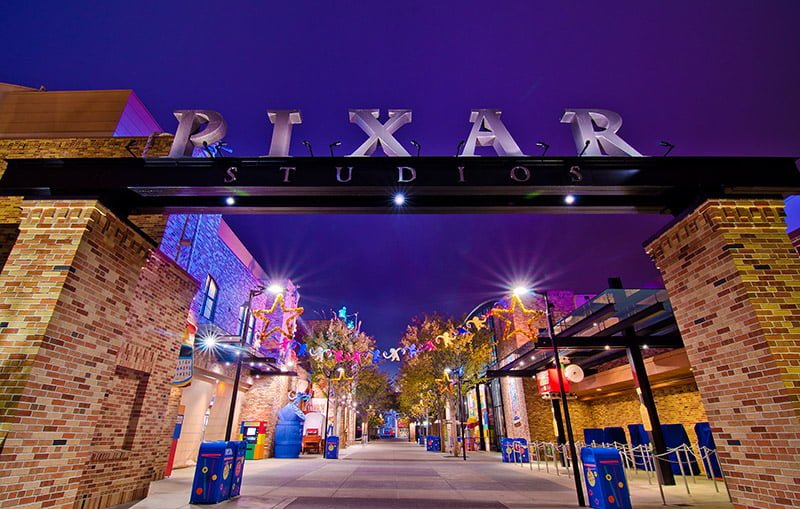 Let all of that sink in.

There are currently 8 attractions at Disney’s Hollywood Studios that range from very good to elite all-time greats. We can all quibble about the quality of each, but I think most people would agree that those selections are all “good or better.” That’s better than any other park at Walt Disney World, save for maybe Magic Kingdom. 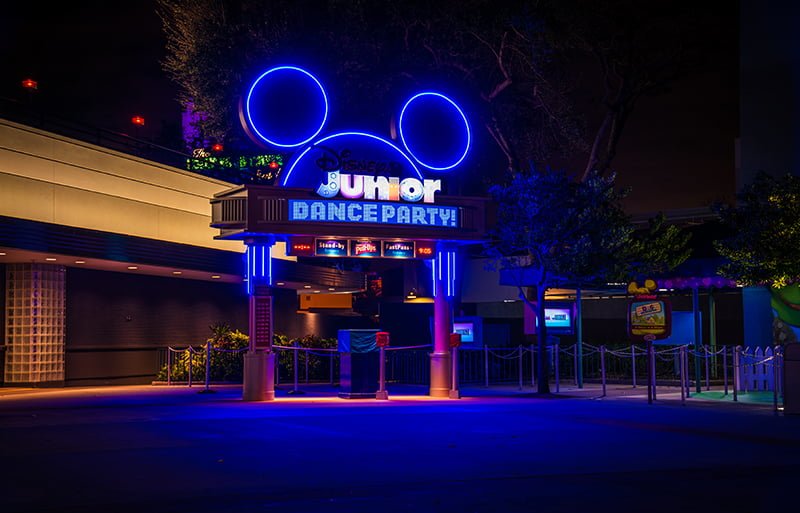 The main problem with this is that the lineup at Disney’s Hollywood Studios is entirely top-heavy. Unlike Magic Kingdom (or really any other park at Walt Disney World, for that matter), DHS has absolutely no supporting line-up. Disney’s Hollywood Studios doesn’t have any rides that are “just okay” but are relatively easy to experience and a good way to round out your day in the park. It’s E-Ticket or bust. A good problem to have, but a problem nonetheless.

After you get past these 8 rides, Disney’s Hollywood Studios offers a slew of shows and meet & greets. For the most part, these are all one and done, and not offerings that appeal to repeat visitors. That might sound fine if you’re a first-timer visitor–after all, everything is new to you–but the downside is that this means frequent Walt Disney World guests disproportionately crowd the top 8 rides. 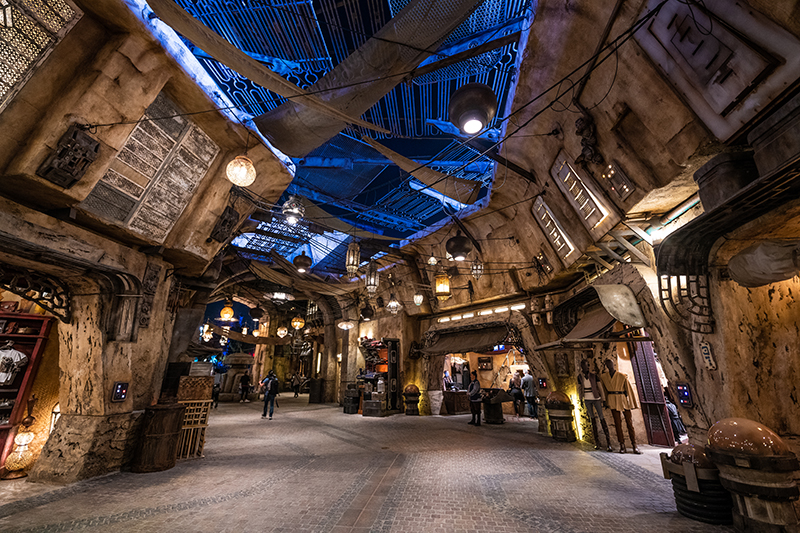 Another big issue is physical space and capacity. Disney’s Hollywood Studios is by far the smallest park at Walt Disney World, and that’s even after the expansive Star Wars Land has provided guests with more area. (Some fans bemoan the “wasted space” in Galaxy’s Edge, but we think this is integral to its success and something DHS desperately needed.) Throughout the rest of the park, there’s still less area to explore.

For us, this is crucial. We are not “ride checklist” people and don’t simply view the parks as collections of attractions. While it has come a long way since its boxy soundstage days…there still are a lot of those. There are also fewer quiet corners and engrossing areas to get lost in the details. (Again, save for Star Wars: Galaxy’s Edge, which is perfect for all of that.) 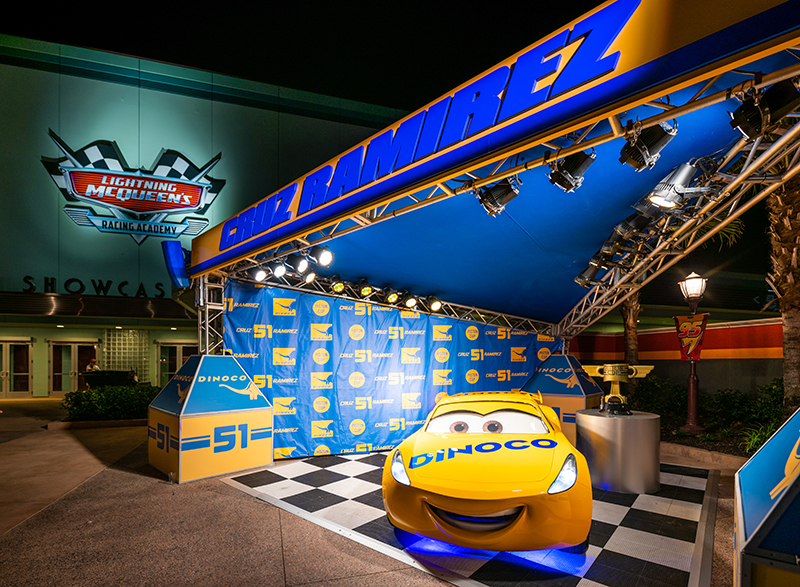 When it comes to capacity, we’re not simply referring to the aggregate of the rides and shows. This also takes into account the aforementioned physical space, plus other things you might not consider like restaurants, lounges, and shops–even restrooms!

Disney’s Hollywood Studios has significantly lower capacity than the other theme parks, and even what it does have is not always efficiently utilized. Examples of this include shows performing with a surplus of empty seats, and Animation Courtyard and the Sunset Showcase areas are often uncrowded. 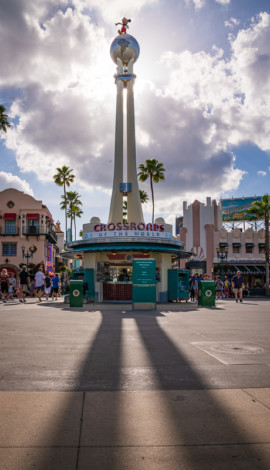 The good news is that there are already some signs that these issues are not nearly as pronounced when park attendance is below moderate. From Presidents’ Day until now (and likely continuing through mid-March when spring break crowds materialize), boarding passes for Star Wars: Rise of the Resistance have not been gone in sixty seconds. Morning wait times have still been high, but the scene is not as overwhelming as it is on moderate or peak days.

However, there’s is no reason to believe that any of this is going to die down any time soon on normal or busy days. As we’ve noted several times, both Seven Dwarfs Mine Train and Avatar – Flight of Passage are just as bonkers as they were years ago. So long as attendance is high, crowd dynamics will be an issue at DHS. In fact, if Walt Disney World’s 50th Anniversary brings with it an influx of visitors, this could get worse between now and 2022. Suffice to say, “waiting out the crowds” is not really a viable strategy. 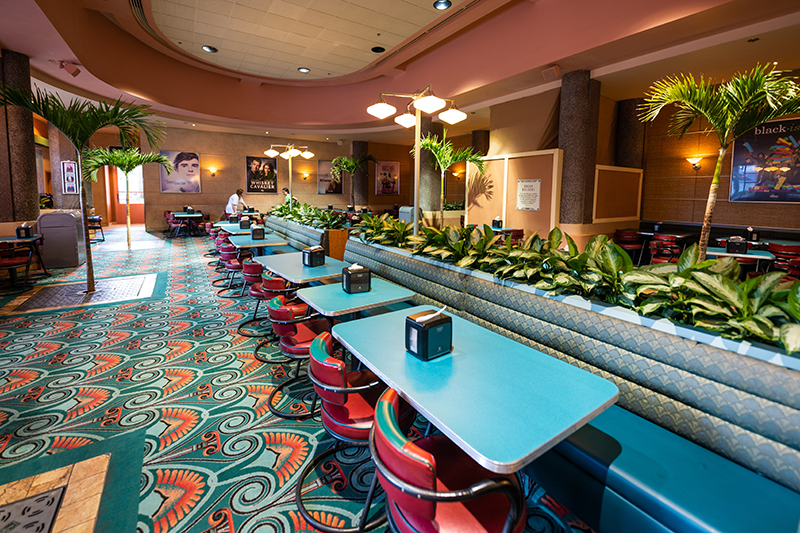 As we covered in the “This Isn’t Working” post, there are things Walt Disney World could do to address or at least alleviate some of these problems. Moving Disney’s Hollywood Studio’s official opening time back to 7 am daily would be a huge one. Adding more atmospheric entertainment is another. At some point, using the FastPass+ infrastructure for advance booking of virtual queue slots and boarding passes seems likely to happen. That would also help.

To Walt Disney World’s credit, some positive moves are already being taken. The new breakfast options at both Milk Stand and ABC Commissary are steps in the right direction, as is the new Mickey Shorts Theater and photo ops. Along those lines, a scavenger hunt like the new “Finding Dory’s Friends” over at Epcot would be another relatively quick and easy addition. 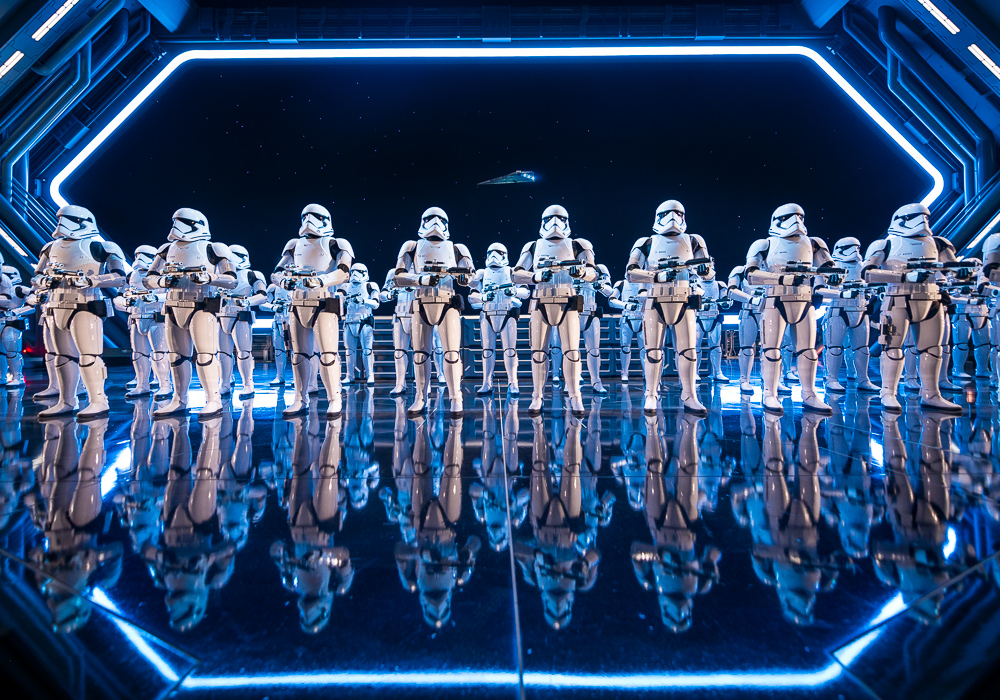 Irrespective of how Disney is addressing the chaos, the fact remains that Hollywood Studios is incredibly busy right now for good reason. While we think our periodic crowd updates have been helpful in managing expectations, we also worry that they’ve been sending the wrong message. Our goal is to help you prepare–not scare you into avoiding Disney’s Hollywood Studios.

Sometimes, it’s easy for us to forget that the vast majority of readers here are planning first-time visits to Walt Disney World. We may grumble at, and be annoyed by, the procedures and protocol at Disney’s Hollywood Studios right now, but the fact is that we can’t change them. The operative question is thus, “if we were visiting Walt Disney World for the first and maybe only time, would we want to do Disney’s Hollywood Studios?” The answer is an emphatic yes. 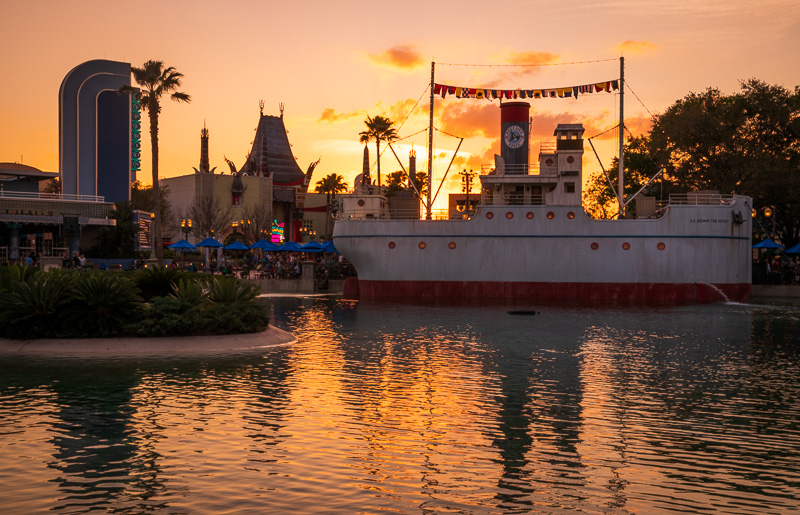 In fact, we’d contend that rather than skipping it during your next Walt Disney World vacation, you should actively prioritize visiting Disney’s Hollywood Studios and doing as much as possible. It’s not a “perfect” theme park (that doesn’t exist) without any weaknesses, but what it does well it does really well. How much Disney’s Hollywood Studios have improved as a result of its dramatic transformation is staggering.

To that end, we’ve been testing some new itineraries now that Mickey & Minnie’s Runaway Railway is open. These touring plans will help you do exactly this, while minimizing your headaches and frustrations with the crowds and boarding pass system for Star Wars: Rise of the Resistance. We’ll begin rolling these out later this week, but if you’d like a sneak peek, check out our recent Park Hopper Strategy for Star Wars: Rise of the Resistance. What’s to come is the same idea as that, but eschewing the rambling and anecdotal approach, instead offering field-tested step by step plans of attack.

What is your take on the current state of Disney’s Hollywood Studios? Do you agree with us that it’s still worth visiting, even if that means jumping through some hoops and planning more strategically? Alternatively, will you ‘wait out’ the chaos and return to DHS sometime after Walt Disney World’s 50th Anniversary in 2021? Do you agree or disagree with our advice and commentary? Any questions we can help you answer? Hearing your feedback–even when you disagree with us–is both interesting to us and helpful to other readers, so please share your thoughts below in the comments!