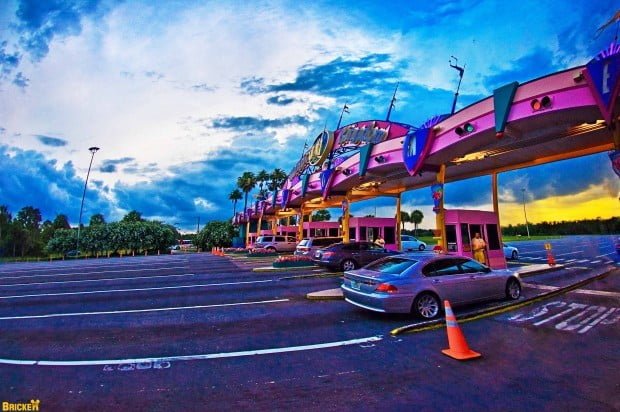 Walt Disney World has announced that it will charge hotel guests for overnight parking. Rates will vary by resort tier, with Vale Resorts charging $13/night, Moderate Resorts will be $19/night, and Deluxe Resorts $24/night. Valet parking at Deluxe/Villa resorts will increase to $33/night. Disney Vacation Club guests staying on points or paying cash at Deluxe Villas will not pay for overnight self-parking.

Note that this does not impact free parking for Annual Passholders at the theme parks, nor does it impact those visiting a resort hotel for dinner or shopping. (Although we wouldn’t be surprised to see purchase validation soon required for resort visitors.) Guests staying at campsites in Fort Wilderness will not pay for overnight parking. It’s presently unclear whether drivers with valid disability parking permits will be charged (we’ll update the post later about this once we receive clarification).

The new Walt Disney World parking charge applies to guests who book reservations on or after March 21, 2018. The one positive in this news is that if you book a reservation today or in the next week–even for a trip in December–you won’t be subject to the new parking cost. So that’s at least one way to postpone the sting of this new fee for a little while longer.

During our recent stays at the Disney Springs hotels, we noticed pricing around $20/night (+/- $5), which was fairly surprising given the surplus of space. The swamps of Florida are not exactly San Francisco or New York City, where the space is limited and has a high per square foot real estate value. 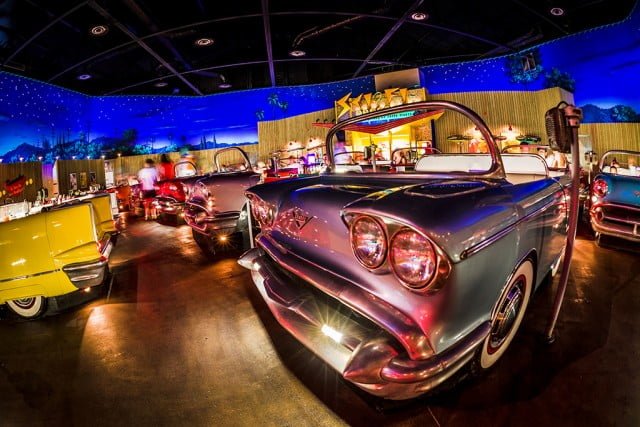 Known for its “blessing of size,” Walt Disney World fans have long thought that there are certain lines Disney wouldn’t cross, with parking and resort fees being one. We can empathize with the many fans who are frustrated by this, but to them we’d also say that it’s going to get worse before it gets better.

Star Wars: Galaxy’s Edge is basically a license for Walt Disney World to print money. We’ve said that before, but perhaps it needs to be reiterated. It will draw historic crowds to Florida, many of whom will be first-time visitors or lifelong Star Wars fans willing to pay just about any price to live out childhood dreams. As demand is about to soar, you can expect prices for just about anything at Walt Disney World to increase.

This is particularly true with supply-limited items, such as hotel rooms, parking, and theme park capacity (tickets). Obviously, we’re not fans of paying more to visit Walt Disney World, either, but it’s a reality we all must face.

While we’ve historically been quite averse to Walt Disney World’s various cash-grab up-charge offerings, we’re actually becoming a bit amenable to them, as they represent optional ways to pay more, rather than necessary ones that impact all guests equally.

If Disney management has certain revenue projections that they are attempting to hit (and they certainly do) through a mix of optional and mandatory price increases and upcharges, we prefer the ones we can avoid. This is sort of where we’re at with the parking fee: it makes us cringe, but at the same time, if it’s in lieu of an across the board hotel rate increase of, for example, $10/night, we’ll take it.

Since Walt Disney World operates by the same laws of supply and demand and consumer price sensitivity as every other business, it stands to reason that this fee will impact both future rate increases (slowing them slightly) and guest behavior (pushing more people off-site or causing them to skip rental cars). The latter means a decline in hotel demand–but that will be more than offset by the coming increase in demand once Star Wars: Galaxy’s Edge opens.

As such, we’re sure there are still significant hotel price increases coming between now and 2020, but minimizing those to the greatest degree possible via optional fees (in other words, not resort fees, which are anti-consumer and really should draw more scrutiny from the FTC) would be our preference. 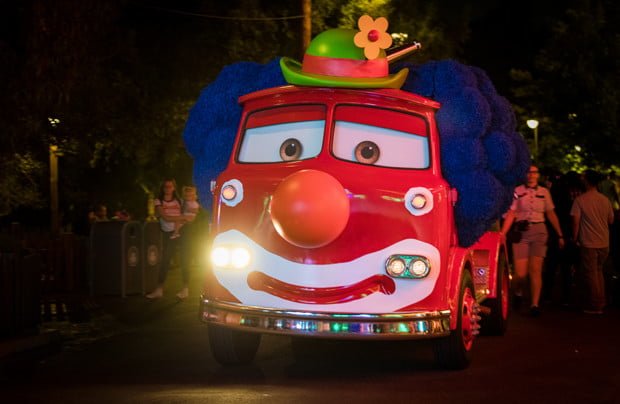 We’ve written articles (here on page 2 and here) that delve into the current hot economy and its impact on Walt Disney World, so we won’t rehash those here. Suffice to say, record-high consumer confidence and new projects that will be huge guest draws is a perfect storm for higher prices at Walt Disney World.

Interest in those additions is unlikely to subside until well after Walt Disney World’s 50th Anniversary in 2021, but the same cannot be said for the economy. That cooling off has its own set of negative ramifications for guests, but one silver lining is that it will also cool off Disney’s pricing trends.

Other than that, we don’t really know what else to say about this news of overnight parking fees for Walt Disney World guests. It’s understandably frustrating, especially for long-time fans who have experienced a noticeable shift in policies and practices. While Disney has always been a business, there’s was a time when it felt like a responsible one that tried to balance shareholder interests with guests ones, adding value that was commensurate with added costs. Maybe that was never the case, and maybe it still is.

What do you think about the new overnight parking fees at Walt Disney World? Do you agree or disagree with our assessment? Any questions we can help you answer? Hearing feedback about your experiences is both interesting to us and helpful to other readers, so please share your thoughts below in the comments!