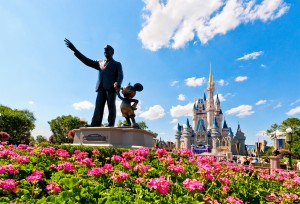 There are some crazy urban legends and myths out there about Walt Disney World. Most fans have the good sense to dismiss the more outlandish of these out of hand (we’re looking at you, “Walt Disney is cryogenically frozen and locked away in the Utilidors below Magic Kingdom“). Other rumors are plausible or have a kernel of truth to them, making them at least superficially believable.

In this post, we’ll debunk more Walt Disney World myths and urban legends. Think of it as Part 2 of our “ongoing” Disney Mythbusters series (even though “Part 1” was written 3 years ago!). Understandably, Disney fans have quite the imaginations, so there is near limitless fodder for this series, especially as urban legends have spread in the age of the internet.

These are some of the more reasonable ones (or so I think), and some of my favorites. I will readily admit that I believed a couple of these at one point, and that’s because they make such good stories. After doing a bit more research, I’ve discovered that these–and several other popular stories told in fan circles–are mistruths at best, and blatantly false at worst.

With that in mind, let’s dig in. And if you’ve repeated these urban legends in the past, don’t feel bad. The true stories are just as interesting as the false ones! 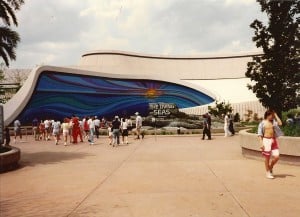 Hydrolator Lawsuit – Here’s the urban legend, as reported by Yesterland: “A woman sued Disney, claiming eardrum damage from the pressure change during her rapid descent in a ‘hydrolator’ at The Living Seas at EPCOT Center. Disney’s lawyers transported the judge and jury to EPCOT Center, took them into a ‘hydrolator,’ and operated it with both doors open—revealing that there is no actual descent. The judge dismissed the case on the spot.” If you Google search ‘Hydrolator Epcot lawsuit’ you’ll find dozens of variations of this same story.

As told, this legend has almost no chance of being true. There are no references to this in the Orlando Sentinel archives or other sources I can locate, and they surely would have reported on litigation involving such a high-profile defendant. More importantly, from a procedural posture, the case would not have proceeded to the trial stage (involving a jury) before the court disposed of it. It’s highly unlikely an attorney would’ve commenced litigation in the first place, as proceeding without performing due diligence in such a matter could have opened them to malpractice claims.

If the story wasn’t made up completely, it’s likely that it was embellished significantly like a game of telephone over the years. I could see someone complaining about this to Guest Relations in the 1980s, or even sending a letter threatening litigation to Disney. A Cast Member then tells this story to a friend, who repeats it to another. Enter the age of the internet: the morphed story is told on RADP (the original online social media, for you whippersnappers), then retold on forums, and ultimately ends up as the urban legend we have today. I don’t doubt for a second that someone claimed they suffered eardrum damage–I do doubt that any case like this ever made it to court. 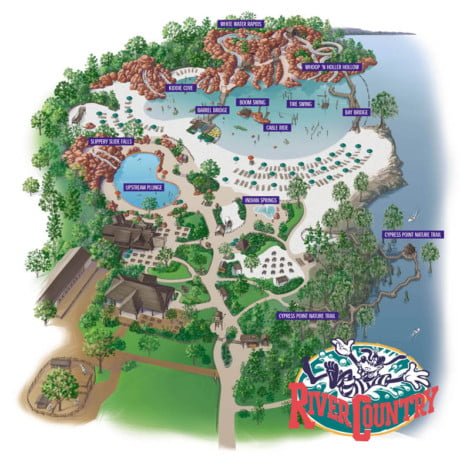 River Country Closed Due to Brain Eating Amoeba – What makes this story fascinating is that it’s not an outright urban legend. In August 1980, a young boy died of a brain eating amoeba that was linked to River Country. Since 1962, there have been 138 known cases, making this deadly amoeba exceedingly rare–far rarer than even drowning. While the death did occur, it happened over 20 years before River Country closed for good. Disney typically does not wait to 20+ years to remedy hazards.

Quite simply, Disney viewed this death as a fluke or anomaly, as it should have given its prophylactic measures and the statistical unlikelihood of it repeating. In a statement after the 1980 death, Disney spokesman Charles Ridgeway noted that Disney has a thorough water treatment program in place for the water River Country uses. This is noteworthy because River Country was situated right on Bay Lake and had a barrier in place that filtered the lake water before allowing it into the water park. (A variant of this urban legend goes that the barrier had deteriorated and would be cost-prohibitive to replace.)

What actually happened was 9/11. In early September 2001, prior to the terrorist attacks, River Country ended its season as normal. Post-9/11, Walt Disney World felt a dramatic decrease in attendance, with many cuts instituted to offset the sliding attendance. From the 2001 AllEars Recap: “[Walt Disney World] told its part-time employees not to report to work until further notice. It cut back park hours, closed certain attractions and restaurants, discontinued the Early Entry theme park program. In addition, WDW closed Port Orleans French Quarter resort completely, while closing substantial sections of Port Orleans Riverside and the Disney Institute. Construction on a new resort, Pop Century, has ceased and its opening postponed indefinitely.”

At the time, River Country was only supposed to close temporarily, until guest demand could justify 3 water parks. Lifeguards who had been assigned to River Country were told the goal was to have it operating by Summer 2003. That came and went, and with each passing year, River Country did deteriorate to the point that it seemed it probably couldn’t open again (and it’s still rotting in plain view). Add to that its small size and limited roster as compared to newer parks Typhoon Lagoon and Blizzard Beach, and there’s little surprise why Disney chose not to reopen it. 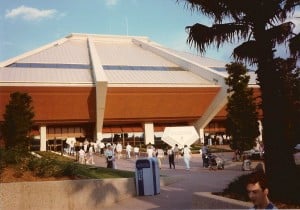 Horizons Sinkhole – Another one that’s superficially plausible is that Horizons closed due to being built on a sinkhole that was slowly engulfing the attraction and making the attraction structurally unsound. In the words of Mulder, “I want to believe.” I think so many fans are eager to accept this explanation because it’s far better than the alternative: that Disney would voluntarily replace fan-darling Horizons with Mission: Space.

This one is plausible because there are numerous stories about land being deemed unsuitable for construction, monorail footers sinking into the ground, and other (true) anecdotes about construction difficulties encountered when building on Florida’s swamplands. Plus, sinkholes have consumed other structures in Florida. The Horizons sinkhole certainly makes a good story and convenient explanation, but that’s all it is.

Unfortunately(?), this one is not true. Horizons was a victim of declining attendance (although that did enable some incredible exploration of the attraction), a lack of desire by Disney to invest a significant sum in updating this elaborate attraction, and a potential sponsor (Compaq) wanting something high-tech and thrilling. There was also the desire for a more striking, eye-catching architectural style. Moreover, Horizons reopened on several occasions after its initial closure when demand dictated it, and when it comes to words like “dangerous,” “structurally unsound,” and “sinkhole,” Disney is going to err on the side of caution and not go for added capacity. 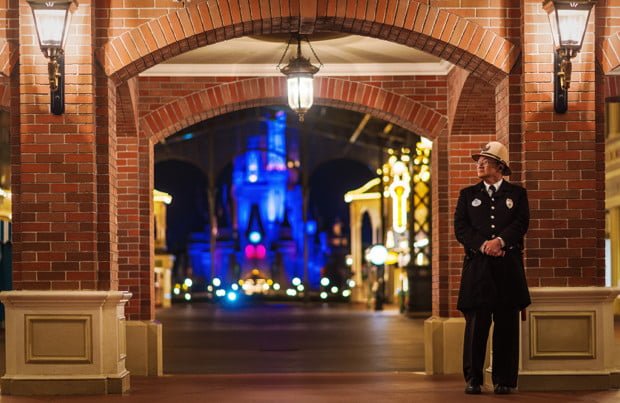 Visible Tattoos are Banned – This is a new one, and likely due entirely–or at least mostly–to Inked magazine’s April Fool’s Day joke this year. That gave reasons ranging from Disney’s belief that tattoos don’t fit the image of a wholesome Disney family to CEO Bob Iger’s belief that tattoo artists were violating IP laws by using Disney characters in their designs. The article is pretty clearly meant to be a joke and even quotes a Disney spokesperson named April Engañar (get it?), but doesn’t explicitly state that it’s a joke.

As a result, there has been some “confusion” over whether Disney has actually banned tattoos. The website Snopes has handily debunked the false rumor that has since spread, and we’re guessing few of our readers believe it to be true (spending 5 minutes in any park quickly debunks it). We think this one is interesting more for the postscript that, probably unbeknownst to Ink, this one is true…just not in the U.S. Disney Parks.

Tattoos actually are banned from Tokyo Disneyland and DisneySea (and at many other places throughout Japan, including onsens). This is more a cultural thing than a Disney thing, and the Japan Tourism Agency has requested businesses grant exceptions for foreign visitors. (For what it’s worth, we’ve never heard of any westerner being denied admission to the Tokyo parks due to tattoos.) 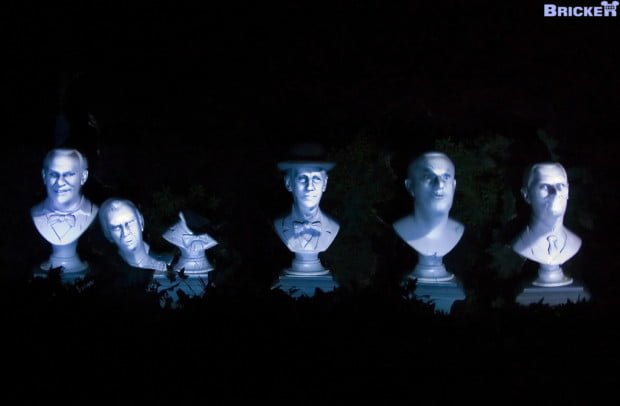 Walt Disney in Haunted Mansion – We are hesitant to even acknowledge rumors of Walt Disney’s head in Magic Kingdom (no, that other one isn’t true, either), but this is a persistent one that is fairly innocuous and easy to debunk. Likely due to similarity of appearance, there have long been rumors that one of the Haunted Mansion singing busts was modeled after Walt Disney.

That bust is actually modeled after Thurl Ravenscroft, best known as the voice of Tony the Tiger (for over 50 years!) and the singer of ‘You’re a Mean One, Mister Grinch.’ He’s also a Disney Legend, with a long list of voice credits in Disney films and in the parks, ranging from Country Bear Jamobree to Splash Mountain to Walt Disney’s Enchanted Tiki Room (and many, many more). In Haunted Mansion, Ravenscroft can be heard and seen as the deep-voiced member of the marble bust quintet that sings ‘Grim Grinning Ghosts.’ 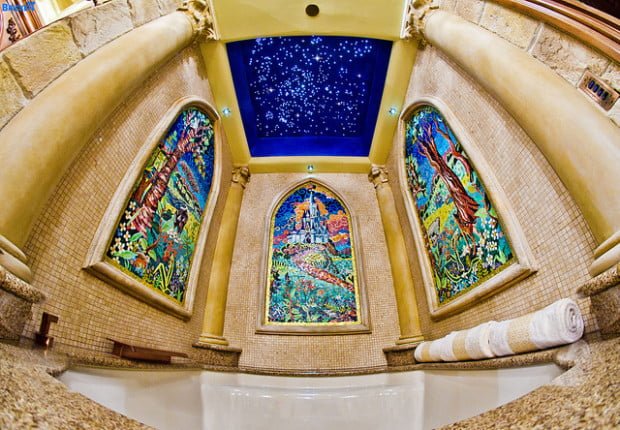 Cinderella Castle Dream Suite for Walt – This story paints the Dream Suite as a Magic Kingdom counterpart to Walt’s Apartment above the Fire Station in Disneyland. It’s another one of those stories that makes sense given the existence and also furthers the image of Walt Disney as a visionary who was also a child-like dreamer. This is an embarrassing one because at one point, even we bought into this urban legend and mentioned it in our Cinderella Castle Dream Suite Tour post. (In our defense, we did so because Disney itself has perpetuated this particular urban legend…probably because it’s a fan-pleaser.)

Unfortunately, it’s not true and can be debunked by looking at timing. Walt Disney passed away from complications of lung cancer on December 15, 1966. This was less than a year after the Orlando Sentinel exposed the ‘Mystery Industry’ buying land around Central Florida as Disney, before the official groundbreaking at Walt Disney World, and nearly 5 years before the Vacation Kingdom of the World would open to guests.

When Magic Kingdom opened, this space was not a suite. For the first 35 years of the park’s operations, it was used as a space for phone operators and storage–nothing else. It wasn’t until the Year of a Million Dreams promo that Imagineers converted it into a suite. This does leave open the scenario that there was a suite for Walt in early plans for Cinderella Castle, or that he mentioned it in passing during blue sky discussions about the park, so this final urban legend is one that we cannot totally debunk.

Let’s end it on a positive note with that. 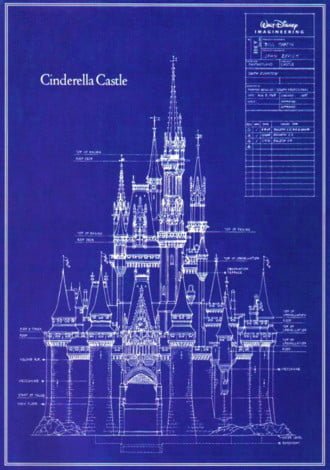 Fess up: did you believe any of these Walt Disney World urban legends? Any other favorite Disney urban legends (please share: we might debunk them in a future installment)? Any favorite crazy-but-true Disney legends? Share any questions or additional thoughts you have in the comments!