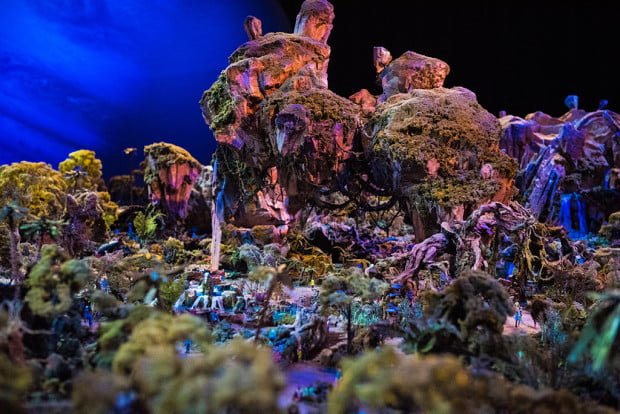 We’re going to Walt Disney World! That probably is not surprising with Pandora – World of Avatar opening soon, Happily Ever After having debuted last night, River of Light still being new-to-us, and a bunch of other changes occurring around the resort. This is a trip for which we are both really excited.

To be honest, the buildup to Walt Disney World trips is not as exciting as it once was. When we were going one or two times per year and those were our only vacations, we made countdown calendars and really built up the hype for ourselves before each trip. The night before we left was, literally, like Christmas eve as a kid. I couldn’t sleep.

As we started visiting more, that sense of anticipation waned. The trips to Walt Disney World themselves have never become mundane (and the moment they did, we’d cut back on going; this is part of the reason we have no desire to ever live in Florida). I think other Walt Disney World regulars might understand the decrease in anticipation. (Woe is us, right?) Yet this trip is decidedly different. Our hype levels are at 11, and we’re excitedly counting down the days…

A large part of this is Pandora – World of Avatar. I still remember when it was announced some six (yes, six) years ago, and I wrote my reaction in defense of the project to a chorus of criticism (and people asking why?!). Since then, I think more critics have come around on Pandora.

Regardless of whether it’s good or bad, I’m just looking forward to finally seeing it after so many years of anticipation. In the back of my mind, I’m also hoping that Pandora is knock-your-socks-off amazing, but I’m trying to keep my expectations in check. I think I’d settle for a beautiful, otherworldly environment with one of the attractions being solid (hopefully Na’vi River Journey). Animal Kingdom’s dining is already “too” good, so I’d be fine with the food being lackluster. I assume the merchandise will be a mix of puzzling and poor.

It’s the biggest addition to Walt Disney World…probably since Animal Kingdom itself, and I’m also excited to explore every inch of it, photograph it, and write about it. I am really eager to do all of this. I’ve diligently avoided all spoilers of the land, although I’ve inadvertently seen a couple things I wish I hadn’t (now that AP previews have started, I’ll probably keep a low profile on Twitter as my muted keywords are insufficient). I’m ready. 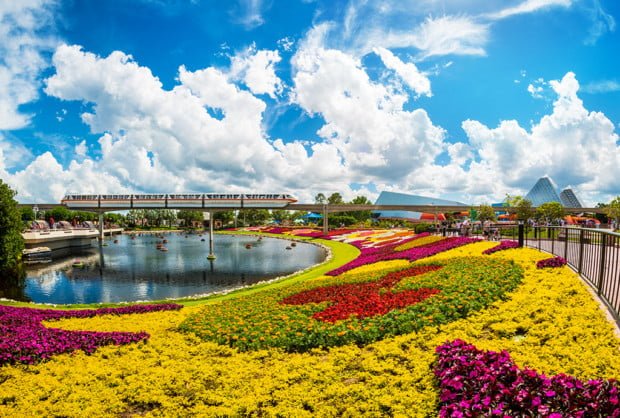 Beyond Pandora – World of Avatar, there’s a lot we want to see this trip. There’s Happily Ever After, Rivers of Light, Copper Creek, Flower and Garden at Epcot, new dining at Disney Springs, and more I’m probably forgetting. This coupled with the fact that it’s a really short trip means we have a really packed itinerary during which I know we will not be able to accomplish everything. While that makes me a bit uneasy, it also makes me more excited; it’s both a challenge and a promise of a subsequent trip that will contain more new-to-us experiences.

I don’t know why I’m sharing all of this here–I woke up early and perhaps I’ve had a bit too much coffee already this morning. Or, perhaps my exuberance is boiling over. (Probably both.)

I’m also not sure whether we’ll do a trip report about this visit. We’ve already done a few this year, and I worry that more might cross that line from sharing our experiences to boasting about our travels. We realize we are incredibly fortunate to be able to do this, and don’t want our posts to enter showboating territory.

Because just what I need is to become even more hyped up, the other day I was watching old Walt Disney World videos on YouTube (as one does) when this little gem appeared…

It’s great–you should definitely watch it. I am a real sucker for the 25th Anniversary, and I’d say this rough timeframe is the ultimate era at Walt Disney World–at least for me. I even like the Castle Cake as a temporary thing.

I’ve mentioned that I collect old Walt Disney World vacation planning DVDs, and I enjoy re-watching past years to see what was being promoted in a given year, and how things have changed over time.

I never even considered the possibility that the vacation planning videos predated DVDs, and were once sent out as VHS tapes. Well, this revelation led me to eBay, which led me to whole stockpile of old VHS tapes. I have yet to buy them as we don’t have a VCR, but I’m still considering it. (Sarah, if you’re reading this, that’s…uh…totally a joke?)

Totally random, but I’d highly recommend giving that circa-1996 video a watch. There’s some really great footage in there (although I’m bummed Figment and Dreamfinder were snubbed), and you’ll definitely want to watch all the way until the end when the Disney Institute and Disney Cruise Line (coming 1998!) are both plugged pretty extensively.

It’s really fascinating to watch that followed by the current (free) Walt Disney World vacation planning video that you can watch online. Obviously, a lot has changed about the parks. More than that, though, as things like Disney’s promotional style and the clothing styles of guests are dramatically different. I also feel like–and maybe this is just me–the guests speak differently in the 1996 video than 2017 one. Seriously, it’s as if the pitch of guest voices have changed over the years! 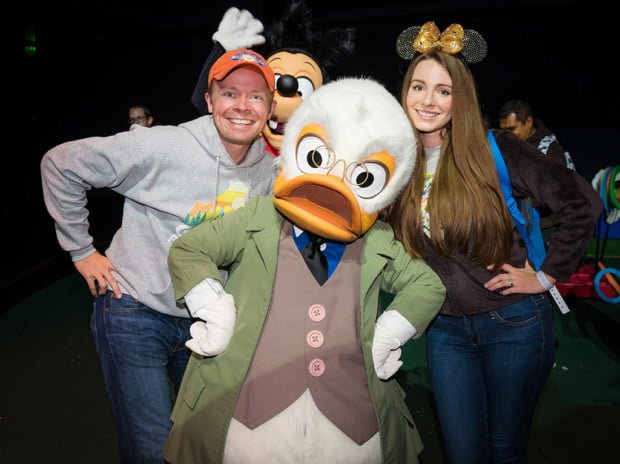 I think that’s it for this post. It wasn’t really much of an update so much as it was the hurriedly ramblings of an over-caffeinated and over-excited dude. I guess by now you should realize that comes with the territory in reading this blog: sometimes you get posts that are insanely helpful, other times I amuse myself by writing nonsense about Festivus. I’m sorry?

I guess to make this worth your time…are there any things you’d like to see us cover during the course of this visit to Walt Disney World? As mentioned, it’s a quick trip, so going out to Caribbean Beach to check out the temporary buffet or Pop Century to see the room renovations firsthand are probably out of the question (as much as I’d like to see both). I’m open to a few requests, but keep in mind that the first night of this visit is our AP preview of Pandora, and if it blows my mind, I might just forgo all other plans and spend the rest of the visit scheming of ways to sneak back inside. 😉

Are you similarly hyped for Pandora – World of Avatar and/or other new additions to Walt Disney World? Anything specific coverage you’d like to see come out of this trip we take? Any other random thoughts to go with my stream-of-consciousness rambling? 😉 Share any questions, tips, or additional thoughts you have in the comments below!