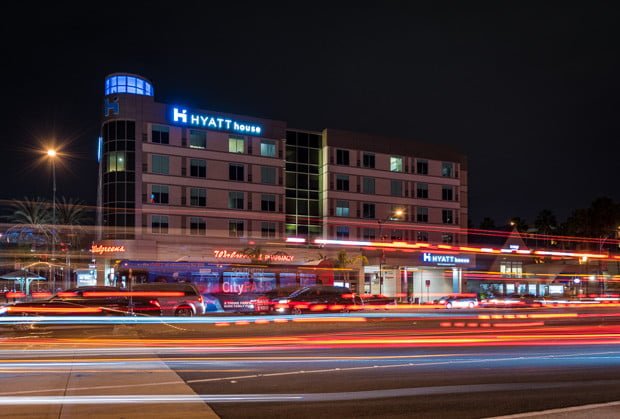 Over the next couple of months, we’ll be adding several new hotel reviews from spots near Disneyland. Places with forthcoming reviews before the end of September include SpringHill Suites Anaheim Maingate (in addition to the other SpringHill we just reviewed), Clarion Hotel Anaheim Resort, Residence Inn at Anaheim Resort/Convention Center, and Best Western Plus Park Place Inn (finally!).

In addition to those, we’ll likely be doing a few others, with an emphasis on knocking out all remaining “across the street” hotels on Harbor Boulevard. Places like Camelot Inn, Best Western Anaheim Inn, and maybe even the HoJo. We also have a lot to change in our existing Disneyland Area Hotel Rankings & Reviews post.

We originally published this two years ago, and have updated it numerous times since. However, it is in need of further refinement, as the hotel scene in Anaheim continues to change. In this post, we’ll a look at the current state of Anaheim’s hotel scene, along with what to expect going forward…

In the case of hotels near Disneyland, I think the phrase “a rising tide lifts all boats” is apt. There has been continuous new development in the Anaheim Resort district, and that has caused many of the older hotels to refurbish their facilities to keep up.

The downside of this is rising prices pretty much across the board, especially during peak tourist seasons. (In fairness, I think a lot of those prices would’ve increased irrespective of refurbishments, so at least visitors are getting more bang for their buck.) This started 5 years ago with the opening of Cars Land, has not slowed down.

In that time, some hotels have close to doubled their rates. Even in the last 2 years since first creating that list, I would estimate that prices have increased by around 10% to 20% at most of the hotels. (Since my rankings are heavily weighted based upon average nightly rates, I need to re-analyze prices at each of these hotels.) 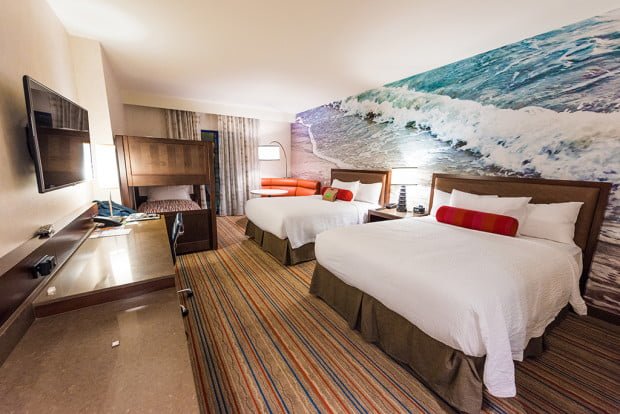 As of last year, the average nightly rate at Anaheim hotels was $180.75. Even assuming this number has not increased for 2017 (and I’d hazard a guess that it has), that’s an astronomical amount for what mostly amounts to upscale motels that would cost around half that if the hotels were not located near Disneyland. In fact, half that is about what we paid before the Cars Land bump.

Parking fees are also a lot more common than 5 years ago. Now, you’re very lucky to find free parking at the hotels that are a short walk from the park. Honestly, it’s tough to blame the hotels for this–with nonstop development over the last few years, real estate is worth more and is in shorter supply.

I would not expect prices to level out anytime soon. Although there are several hotels in development near Disneyland, some of these projects are stalled (thanks, local unions!) and demand will only increase when the Convention Center completes its expansion and Star Wars: Galaxy’s Edge opens. Occupancy rates in Orange County are at an all-time high, with numbers being especially strong near Disneyland. 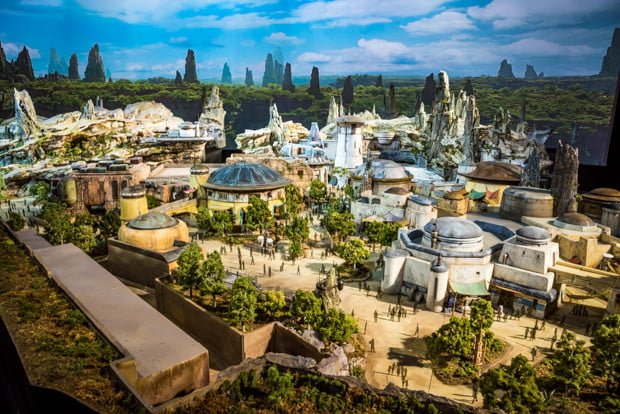 While there are a number of hotel projects in various stages of development, I suspect even those will not be enough to fulfill demand in Anaheim during tourist seasons. Between Star Wars: Galaxy’s Edge and the kinda-sorta-announced Marvel Land, Disneyland Resort is poising itself to become a bona ride destination resort.

Given what Cars Land did for the off-site hotels, it’s almost scary to think about what lands based upon Star Wars and Marvel will do. Personally, I think the current amount of hotel development is insufficient for what the Anaheim hotel market will need come 2020 and beyond.

A lot of the development that is occurring is in the luxury tier. While this may not appeal to readers looking for budget accommodations, I’d argue that the most under-served market in Anaheim is the luxury one. Aside from the Grand Californian and Disneyland Hotel, there’s not really anything luxury-caliber in the area.

Some of the hotels near the convention center come close, but those are more business class than they are luxury. Anaheim needs more rooms across the board, but I think there’s more unsatisfied demand in the luxury market than anywhere else.

For what it’s worth, there are people who disagree. In an article on the topic of luxury hotels in Anaheim, Daniel Lesser said, “I can’t say enough that I don’t see Anaheim as a luxury market.” Lesser heads a New York-based hotel real estate firm.

Given his location, there’s the possibility he doesn’t have intimate knowledge of the Anaheim market, and where development is taking it. (I wonder whether experts thought Orlando could sustain luxury hotels before Walt Disney World came along and built out its parks…and a dozen-plus luxury hotels were added?)

Lesser believes those who can afford luxury price points would rather stay in Newport Beach than Anaheim. To his credit, Newport Beach is way nicer than Anaheim, and I think most people would prefer Newport, all things being equal. The problem is that all things are not equal. 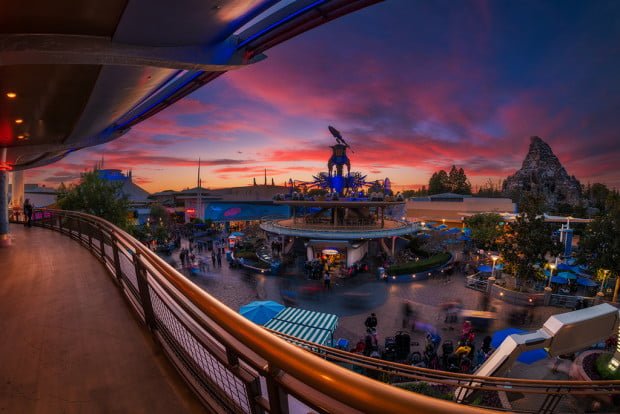 Based upon his comment, I’m guessing Lesser has never driven in rush hour traffic from Newport Beach to Mickey & Friends in an effort to get to Disneyland in time for rope drop. I have, and it’s not exactly a fun way to start the day. If your primary motivation for a trip is Disneyland or a convention, staying in Newport or Laguna and doing that commute for 4-5 days is not convenient.

Moreover, during peak seasons, the luxury hotels in the beach cities are near capacity with guests who are taking beach vacations. Unless several luxury hotels are added between Huntington Beach and Dana Point, there is not sufficient room inventory to satisfy demand for those visiting the beach, attending conventions, and going to Disneyland. There’s only so much redevelopment than can be done on the coast, so adding several more luxury hotels there is not really a possibility.

So, luxury hotels in Anaheim it is. The good news is that even if luxury hotels near Disneyland don’t interest you, more room inventory added to the market is a net positive for everyone. Whether it causes a ripple effect of decreased demand at mid-tier properties (and so on), causes other hotels to step up their game, or simply absorbs some of the increased demand that Star Wars: Galaxy’s Edge brings with it in a couple of years remains to be seen.

Whatever the case may be, already there is greater variety among the hotels near Disneyland. Recent additions have offered more family-friendly accommodations, nicer amenities, and other upside beyond just the basic motel style that was once the staple of hotels in the area. One thing I’ve noticed from reader comments is that many of you are big fans of the new hotels that offer family suites and rooms of that sort. 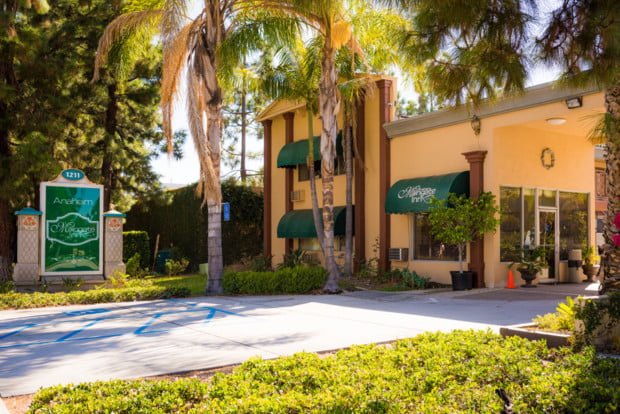 Along those lines, I’m curious as to whether my methodology in ranking the hotels near Disneyland makes sense to you. While various factors are considered in those rankings, proximity to Disneyland (minutes by foot), room quality, and price were what I weighted most heavily.

My personal preference is being <15 minutes from the Esplanade by foot, and not having to rely on ART or Uber, so the list skewed towards hotels between Harbor and Katella. While I’ve started to give more thought to room variety based upon your feedback, it was not something that was emphasized when originally creating the rankings.

As I prepare to refine the list, I’d be curious as to the weight each of the following variables plays in determining which hotel near Disneyland to book:

It would be incredibly helpful to me if those of you who are interested in off-site Disneyland hotels could rank these factors in order of importance in the comments, with #1 being the most important, and so on. If something does not matter to you at all, there’s no need to rank it.

I know a lot of this is ‘inside baseball’ type of stuff that doesn’t really matter to you if you’re just planning a Disneyland vacation and want practical advice. I find it pretty fascinating, but I’m a geek for stuff like this. In any case, hopefully this post has provided you with some insight about why you’ve encountered higher hotel prices than before, what you might expect in the future, and how we can improve our Disneyland-area hotel rankings to make them more useful to you.

Do you agree or disagree with our assessment on the Anaheim hotel market? Are you looking forward to more luxury hotels in Anaheim, or do you wish more family suites and budget accommodations would be added? Care you share your rankings for what factors matter most when we re-rank the Anaheim hotels? Hearing your feedback about your experiences is both interesting to us and helpful to other readers, so please share your thoughts or questions below in the comments!

80 Responses to “The Present & Future of Hotels Near Disneyland”