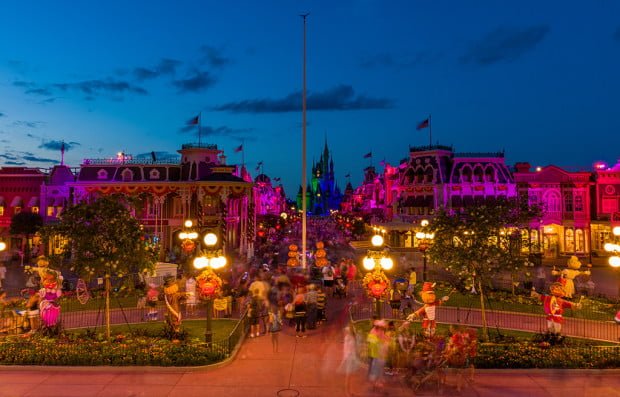 Each of the parks around the world does something special for Halloween, and they all have their own variations on the holiday (with the same fundamental idea) that make them all unique. It’s really cool to see what they’re doing even if you won’t be visiting yourself.

With the official kick-off of Halloween Time at Disneyland tomorrow, which we are rope dropping (for the first time in a looooong time), we thought it might be fun and useful to compile some of our best Disney Parks Halloween posts all in one convenient location.

Walt Disney World – Aside from Magic Kingdom Halloween decorations, the big thing at Walt Disney World is the hard ticket party, and we have a lengthy Mickey’s Not So Scary Halloween Party Tips post that covers everything from whether it’s worth the money to a step-by-step itinerary for the party to costume ideas and more. This post is updated pretty regularly and will receive more updates once we do Mickey’s Not So Scary Halloween Party this year.

Also in terms of the Halloween party, our Best Dates for Mickey’s Not So Scary Halloween Party covers when you should go to avoid larger crowds. This does make a difference, as some busy dates can be really crowded. Finally, although not Halloween-specific, we also have a Guide to Epcot’s International Food & Wine Festival that offers some tips for that event (since it runs alongside the Halloween season at Walt Disney World). 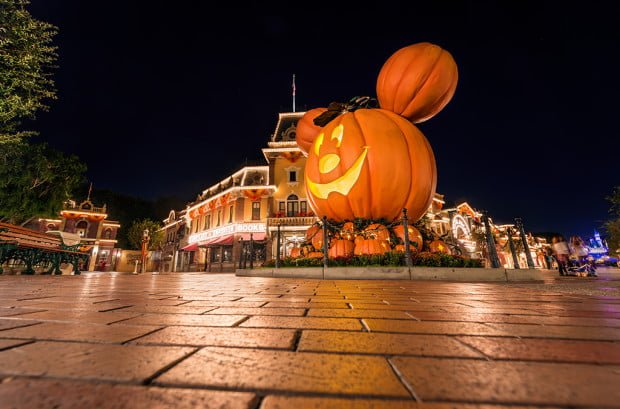 Disneyland – Jetting over to the West Coast, we have our Ultimate Guide to Halloween Time at Disneyland. This covers everything for the Halloween season, from the attraction overlays to Mickey’s Halloween Party to the Happiest Haunts tour. It’s already been updated for this year, but will be updated again over the weekend.

Additionally, we are pumpkin junkies, consuming everything pumpkin on the seasonal menus, so we’ve put together a Halloween Snacks at Disneyland post offering some of our recommendations. If you’re into Disney history, you also might want to check out my Halloween Tree at Disneyland post.

This year I will also be attending Mickey’s Halloween Party, so look for a post previewing that soon, which will be updated with my review later. 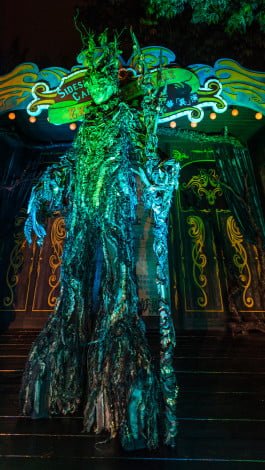 Even if you don’t plan on doing Halloween at Hong Kong Disneyland this year–or ever–that post is worth a read simply because it’s fascinating as to how they do things so differently there. I’m not exaggerating about those haunted houses. We were actually scared on multiple occasions. 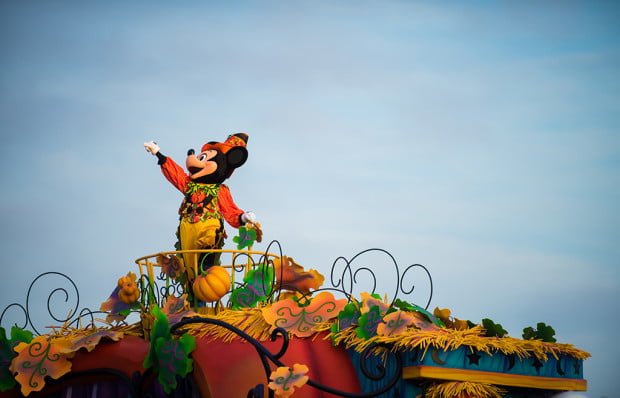 Tokyo Disney fans love their holidays–from Easter to Christmas, and Halloween there does not disappoint. It’s also nice that arguably the best Halloween parade and awesome stage shows are included with regular theme park admission. No hard ticket event here!

Disneyland Paris – Sorry, France, we don’t have enough money to book a flight to you in this tour! While we have not yet visited Disneyland Paris for “Disney’s Halloween Festival,” judging by the photos, the decorations are pretty awesome. Check out these posts by DL Today that cover Halloween in Disneyland Paris. Here’s hoping we get a chance to see this in person next year! 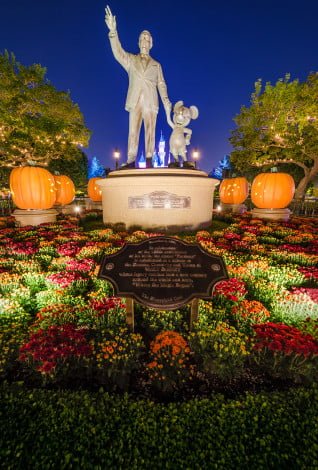 Just writing this is getting me hyped for riding Haunted Mansion Holiday & Space Mountain Ghost Galaxy, seeing the new stage show at Mickey’s Not So Scary Halloween Party, and–most importantly–eating a dangerous quantity of pumpkin snacks. We already have our Halloween costumes for this year (well, one of our costumes…we have a lot of ideas for the other potential costume–maybe a post on that is in order?) and are pretty excited to wear them to the parties.

As mentioned earlier, this weekend we will have a new post (or two) on this year’s Halloween Time at Disneyland, so check back Saturday or Sunday for that!

For updates on Halloween at Walt Disney World and Disneyland, plus the latest news, discount information, and tips, sign up for our free monthly newsletter!

Are you a fan of the Halloween season in the Disney Parks? What’s your favorite thing about Halloween? Are you doing Mickey’s Not So Scary Halloween Party (Walt Disney World) or Mickey’s Halloween Party (Disneyland) this year? Have a sick costume idea? Hearing from you is half the fun, so please share your thoughts on these questions, or anything else, in the comments!

20 Responses to “Halloween at the Disney Parks”