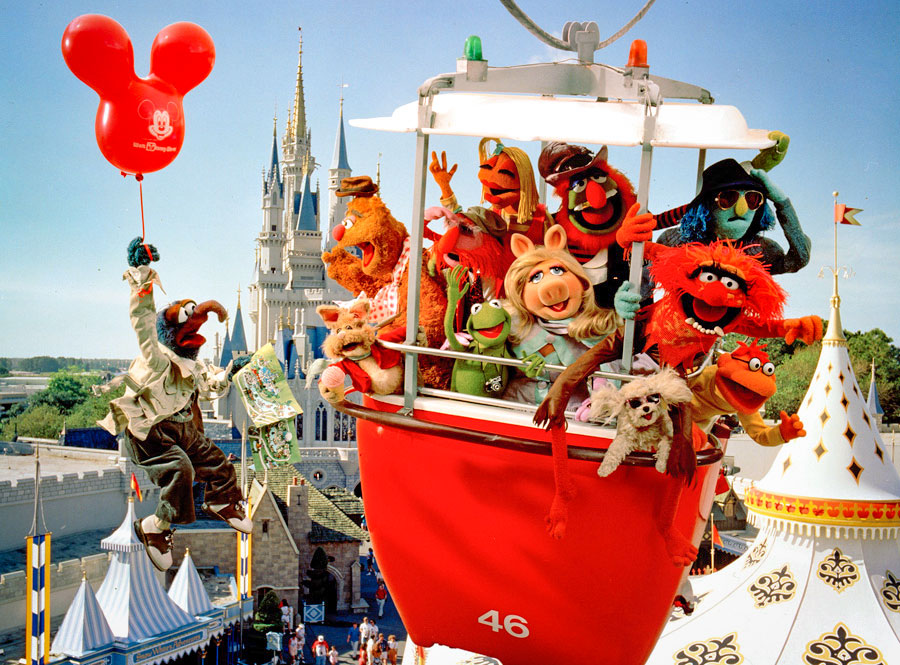 Walt Disney World has hosted a number of television specials, from grand opening galas to the annual Christmas Day parade. In this post, we’ll share our favorites of these specials, the vast majority of which are available to stream for free on YouTube.

This follows our Top 10 TV Shows Set at Walt Disney World, which was mostly a run-down of 1990s TGIF sitcoms that aired on ABC right around the time that Disney acquired the network. (Plus some newer favorites.) This list is the same idea as that, but with television specials rather than one-off episodes set at Walt Disney World.

As with that one, this list is very nostalgia-dependent. Unlike that list, which was mostly just programming from a 5-year window, this one spans several decades. There’s the groovy 70s styling, the more earnest 80s, zany 90s, and even the awkward aughts (which now look like an eternity ago, even if it was just last decade). However, we think hardcore Walt Disney World fans will be able to appreciate these specials even without a fondness for the aesthetic sensibilities of any particular era…

There are two things we should note, though. First, we’re playing very fast and loose with the definition of “television special” here. Basically, this encompasses everything that was shown on a TV that was not part of a sitcom. (You’ll see what we mean–there are two things we just couldn’t resist including.)

Second, this is more our 10 favorite specials than it is a true top 10 list. There have been dozens if not hundreds of Walt Disney World television specials in the nearly 50 years of the resort complex’s existence. Very few have been the paragon of television program. As such, this list is entirely subjective, with the stuff we love most…

Animal Kingdom: The First Adventure – This one-hour television special aired on April 26, 1998 on The Wonderful World of Disney, 4 days after the park opened on Earth Day. It offered a first look at the new animal park, and is an interesting snapshot of the park’s opening day, albeit not as quirky or iconic as other opening day specials on this list.

The special is hosted by Drew Carey, who would go on to appear in Disney television specials and attractions on both coasts. Notable guest appearances include Tia, Tamara, Tahj, and Tavior Mowry, Will Friedle, Danielle Fishel, Paul Rodriguez, Dr. Jane Goodall, with music by George Clinton, Lebo M, and Ladysmith.

Disney-MGM Studios Theme Park Grand Opening – While EPCOT Center fans (myself included) loudly bemoan the changes made to that park’s Future World, the Disney-MGM Studios is the Walt Disney World park that has changed most fundamentally since its opening.

While I have a lot of nostalgia for the original, I prefer the current incarnation of Disney’s Hollywood Studios. Nevertheless, this is a fun look back at when the park sought to be a working studio, and Michael Eisner’s attempt at bringing some of the glitz and glamour of Tinseltown to Florida.

Mouseketeers at Walt Disney World – This special from 1977 is so bad it’s good. It consists of drama, misadventures, and perplexing awful dialogue. It stars Jo Anne Worley, Ronnie Schell, Dennis Underwood, and the Mouseketeers from the new Mickey Mouse Club.

Nevertheless, it features footage from Fort Wilderness, several extinct attractions in Magic Kingdom, and the “new” River Country water park. Like the ABC TGIF specials, the plot is not really the point, and the star of this show is the setting: 1977 Walt Disney World.

Newer ones are fine, but push synergy way too hard and also feature current musicians who I either don’t recognize or care for (shakes fist at cloud). By contrast, this straightforward special hosted by Kathie Lee Gifford is relaxing and features lovely music by Trisha Yearwood, Peabo Bryson, Andy Williams, Steven Curtis Chapman, and Robert Urich.

Walt Disney World Holidays with Samantha Brown – The first couple picks here are nostalgia-driven. When Sarah and I first started going to Disney together and really got hooked, we voraciously consumed every magazine, book, and television special about Walt Disney World that we could find to relive the magic. This was obviously before Disney+, when Netflix was by mail, and YouTube was still beta testing.

We thus had to rely on traditional cable television to get our fixes between trips, and the Travel Channel specials with Samantha Brown were the primary source for this. Between her charm and the source material itself, these are real winners. This holiday special remains a favorite, having filmed while we were there and offering us a personal trip down memory lane.

Top 7 Must Sees with Stacey – Look At all the lazy people in the lazy river. Mickey’s my boy. Summit…plummet! In the name of all that rocks, let’s hit it dude! We have some decisions to make, you and me. This baby cranks up a 6-footer every 90 seconds! Whoa, look at those chompers. Imma ride that puppy. Triple Mountain Whammy…WHAM, WHAM, WHAM!

Those are just a fraction of the quotable lines from this over the top and cheesy 30-minute resort television program that played in guest rooms about a decade ago. (If you get it, you get it.) Its successor still plays today, but is a significant downgrade. There’s no personality or heart, just a straightforward (and now very disjointed since it hasn’t been reshot in years) presentation of what there is to do at Walt Disney World.

A quick plug here for our friends over at RetroWDW. This is just one of many spectacular restored videos and home movies on their YouTube channel; the team also does an excellent podcast and hosts live events. For Walt Disney World-centric fans, they’ve beat D23 at its own game.

That led me down another rabbit hole, which eventually yielded this. It’s from UPN 9 and is not nearly as polished as other entries on this list, but it’s still really good.

Wonderful World of Color: Walt Disney World Grand Opening – There are so many classic episodes of the Walt Disney anthology television program, but almost all of those are set at Disneyland. This opening special, imbued with a decidedly 1970s sensibility, is a noteworthy exception to that.

(Related: if you want a look at the acid dream that was Grad Nite in the 1970s, check out the Movin’ On film Disney made to promote the event in Florida. It is the epitome of “Weird Disney.”)

EPCOT Center: The Opening Celebration – This aired on October 23, 1982 as a special episode of the Walt Disney weekly television anthology show on CBS. It was hosted by legendary performer Danny Kaye, and is perhaps most noteworthy (to me, at least) for a segment with Kaye and a very young Drew Barrymore who met Dreamfinder and Figment.

This has long been one of my favorite specials because I always loved Danny Kaye, finding him to be endearing and affable. However, like many celebrities, the public persona is very different than reality. To this day, Kaye’s crude behavior in EPCOT Center has been a recurrent topic on panels and books, something documented (in part) here. This doesn’t really diminish from the special–to the contrary, it’s remarkable that the finished product turned out so good once you know what was happening when the cameras weren’t rolling!

Muppets at WDW – NBC Special from 5/6/90 from RetroWDW on Vimeo.

The Muppets at Walt Disney World – This one-hour television special premiered on NBC on May 6, 1990 as an episode of The Magical World of Disney to promote the planned merger of The Jim Henson Company with Disney. It’s been removed from YouTube, but thankfully still available on Vimeo. (Remaster and release it on Disney+!)

The premise is that the entire Muppet crew is visiting a Florida swamp to meet Kermit’s family for the annual Frog Festival and Bug Fry. The gang realizes that Walt Disney World is just across the swamp from Kermit’s hometown, and insist on visiting the vacation kingdom. From there, hilarity ensues as the Muppets visit all three parks and then-new Grand Floridian Resort. As with other Muppets crossover specials of the era, this is far better than it has any right to be. 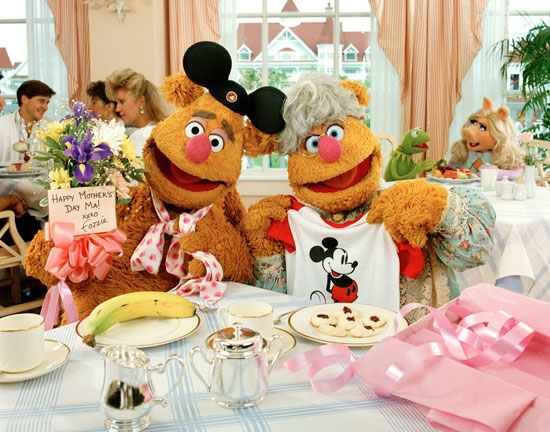 We’ve already gone one over ten, but nonetheless thought we should give a (maybe?) honorable mention to Hulk Hogan’s Thunder in Paradise. I probably shouldn’t admit this since there’s a significant overlap between pro wrestling and Disney fandoms for some odd reason, but I have zero interest in this stuff. Maybe Thunder in Paradise is a cult classic worthy of a spot on this list. Probably not. I’ll never know for sure, and I’m pretty okay with that.

What I’m not okay with is knowing there are probably a ton of excellent Walt Disney World television specials out there that are either not online, or some local programming (like the UPN Millennium Celebration one) that I’ve never seen. Hopefully, spending more time going down this YouTube rabbit hole will pay off and I’ll be able to follow up with a sequel!

What is your favorite Walt Disney World television special? Anything that didn’t make this list that you’d recommend? Do you agree or disagree with our picks? Any questions we can help you answer? Hearing your feedback–even when you disagree with us–is both interesting to us and helpful to other readers, so please share your thoughts below in the comments!