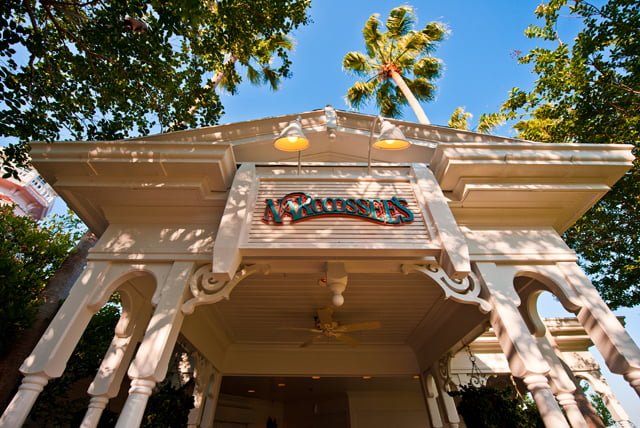 Narcoossee’s is a signature restaurant at Disney’s Grand Floridian Resort & Spa, and is regarded by some as one of Walt Disney World’s best restaurants. It’s certainly one of Walt Disney World’s most expensive restaurants! Situated over the shoreline of the Seven Seas Lagoon in an elevated pavilion, Narcoossee’s specializes in the seafood you might find in an actual Floridian coastal restaurant, except with seafood from across North America, not just Florida.

Although it specializes in seafood, the menu at Narcoosee’s is pretty balanced, offering steak, chicken, and a variety of other options. As a signature restaurant participating in the Disney Dining Plan, Narcoossee’s is a 2-credit table service restaurant, and one of the restaurants at Walt Disney World that now requires a $10 per person deposit to secure reservations. It also accepts the Tables in Wonderland card for a 20% discount.

We had been to Narcoosee’s once before, on the night I proposed to Sarah on the beach of the Polynesian, but that had been a few years ago. Knowing that Narcoosee’s is one of the most expensive restaurants at Walt Disney World (the most expensive one based on highest priced menu items), we decided to return to Narcoosee’s when we attempted to get the most bang for our buck on the Deluxe Disney Dining Plan (read just how much we saved by using the Deluxe Dining Plan here!). Luckily we were on the Deluxe Disney Dining Plan, because I would have been very disappointed if we had paid full price for this meal.

During both of our visits to Narcoosee’s, the restaurant has been incredibly busy. It’s not all that difficult to score an ADR at Narcoossee’s, but it’s usually fairly busy anyway. This is presumably due to guests staying at the Grand Floridian who walk over for a date-night meal or a dinner in the days before or after a wedding. In our experience, it has been the least dressed-down of the signature restaurants (probably also due to the Grand Floridian clientele), so if you dine at Narcoossee’s, you should plan on dressing nicely for the meal, unless you’re a carefree slob who isn’t made uncomfortable by being under-dressed at a nice restaurant. This is not to say you need to wear a suit or even a jacket, but you will be under-dressed with flip flops and a tee-shirt (and not in compliance with Disney’s seldom-enforced dress code for the restaurant). 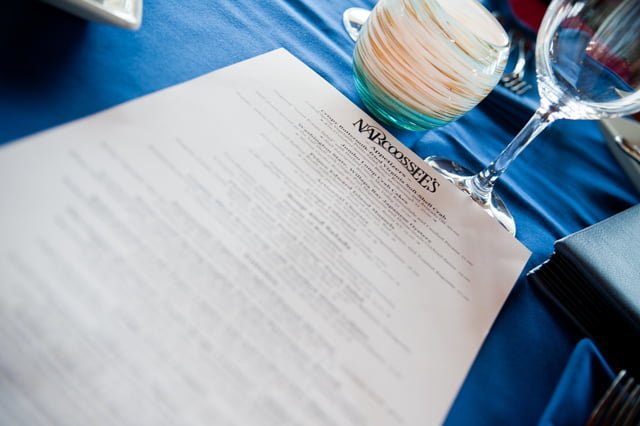 Narcoossee’s makes no pretenses about having an elaborate backstory that is supposed to transport the guest to a different time and locale. Or, if it does, these things were totally lost on us. Instead, it’s “just” a casually-elegant restaurant with a coastal theme, with said theme being reinforced by the design and location of the building on the Seven Seas Lagoon. Inside, the restaurant seems to have more of a relaxed elegance; there is a bright blue and white color scheme and nice woods, but propped-open window shades allow plenty of light to enter in late afternoon hours and ceiling fans establish that it’s not stuffy elegant. In other words, it’s basically elegant because of your fellow patrons, the menu prices, and its location. It does not have the same elegance through ambiance of other signature dining locations at Walt Disney World. That said, you can probably find real restaurants like Narcoossee’s in a variety of well-to-do seaside communities that don’t strive for elegance but have de facto elegance due to the patrons and the prices.

This casual feel is especially true during the restaurant’s first few hours of operation each night before the sunset, which is when we dined at Narcoossee’s most recently. If you’re dining later in the evening, as we have in the past, Narcoossee’s does become more elegant as the restaurant is less bright and each table has a lit candle on it. Between this and a view of Wishes from the window tables (arrive early and put in a request for one of these tables), the restaurant is actually downright romantic. It’s crazy how a difference of a few hours can substantially change the ambiance, but it certainly does here. 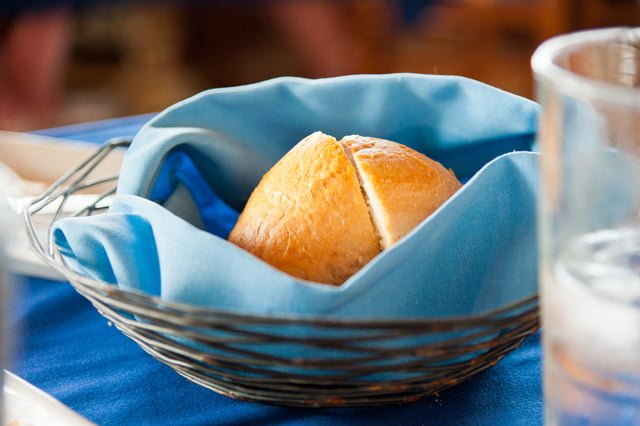 As far as cuisine goes, unfortunately, Narcoossee’s has just been okay in our experience. I started with the Oysters on a Half Shell and Sarah ordered the Crispy Buttermilk Fried Virginia Soft-Shell Crab. These oysters had recently returned to Narcoossee’s, and I can see why Disney had touted them on the Parks Blog. They were excellent. Well-flavored, perfectly textured (well, not according to Sarah), and with just the right amount of flavor without being too salty (although it was close). For me, these were the highlight of the meal. 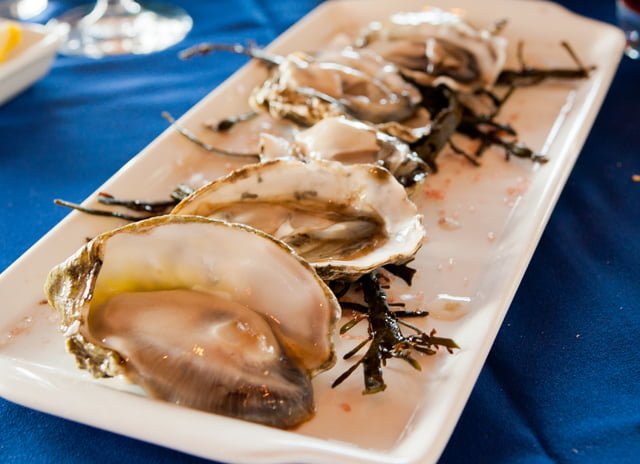 Sarah wasn’t quite so enthusiastic about her soft shell crab, which she found to be a touch tough and oddly flavored. After she had only a few bites of it, she decided it wasn’t for her, so I ate the rest of it. My opinion of it was much higher than hers. I thought the crab was perfect, with the right amount of breading and a great flavor. I would highly recommend both of the appetizers we had. 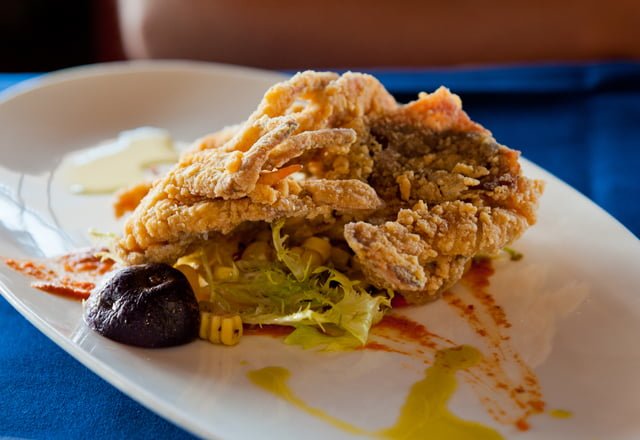 Unfortunately, our main courses are where the wheels fell off this meal. Sarah ordered the Whole Maine Lobster and I ordered the Surf ‘n’ Turf (Butter-poached Lobster Tail and Grilled Filet Mignon). Out of pocket, these entrees would have cost $65 and $66 each, respectively. They did not even come close to living up to those expensive prices, even accounting for the premium you pay for Walt Disney World dining. 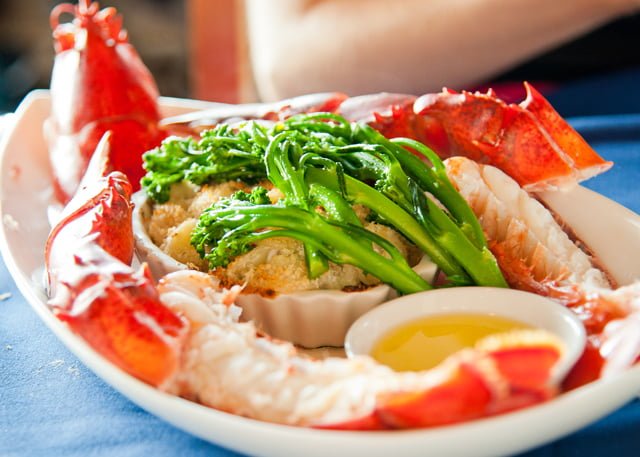 Check out our Disney Dining Index Page – Links to all of our restaurant reviews and other resources! 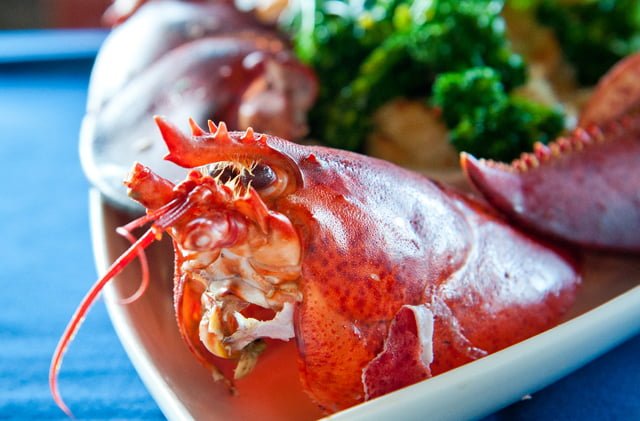 Starting with Sarah’s lobster, just about everything was wrong with it, according to her (and I’ll defer to her on this, as she frequently orders whole lobster at fine seafood restaurants). It was tough, overcooked, and completely lacking in flavor. It was as if Disney had run out of lobster, so they went over to Red Lobster to see what they could scrounge up. Actually, that might be a bit harsh…towards Red Lobster. Does 7-11 carry lobster? Maybe that’s more apt. 😉 (Okay, obviously an exaggeration, but you get the idea…) 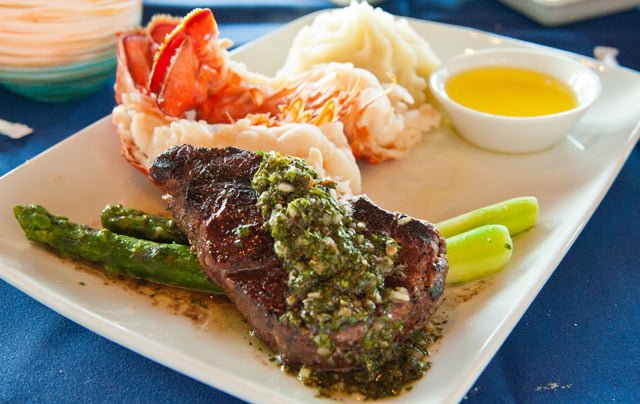 My lobster tail wasn’t quite that bad, but it was nothing to write home about, either. It was simply okay. My filet, on the other hand, was bad. I recently had a steak at Liberty Inn (you know, the bad counter service restaurant in World Showcase) that would compare well to this filet. It would have been the worst cut of filet mignon I’ve ever had, as it was tough and lacking flavor. To the credit of the kitchen staff, the garnishing was well done (but a little salty), so I guess at least there’s that. 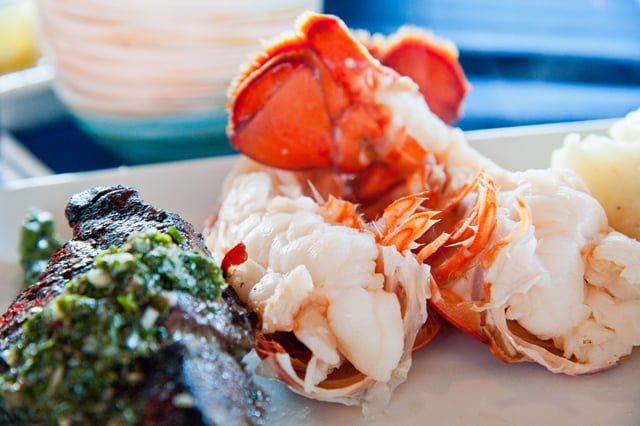 Dessert was next, and it was markedly better than the main course. Sarah got the Strawberry Shortcake and I ordered the Baked Chocolate Mousse. The presentation on Sarah’s was excellent, as was the taste. I was scared away by the “shortcake” name, which I generally associate with bland cake, but that was not at all the case here. In fact, I wish I had ordered that! 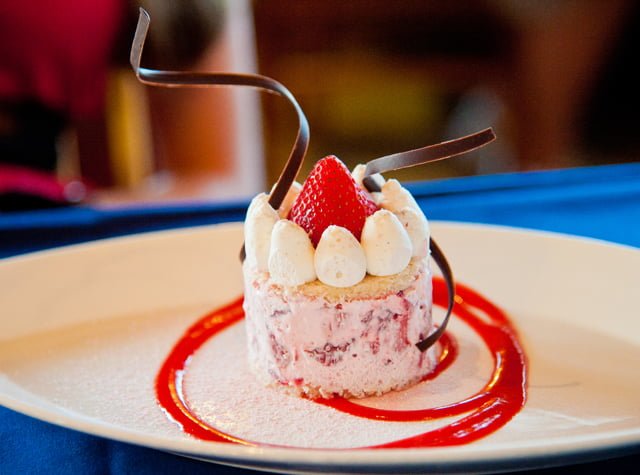 Mine was similarly good, although not quite as good. It was rich and decadent, and probably would have appealed to chocolate lovers a lot more than me. I ate half of it before passing it off to Sarah. This is in no way an indictment of the dessert, which I thought was excellent. It was more an issue of me having eaten two appetizers and an entree. 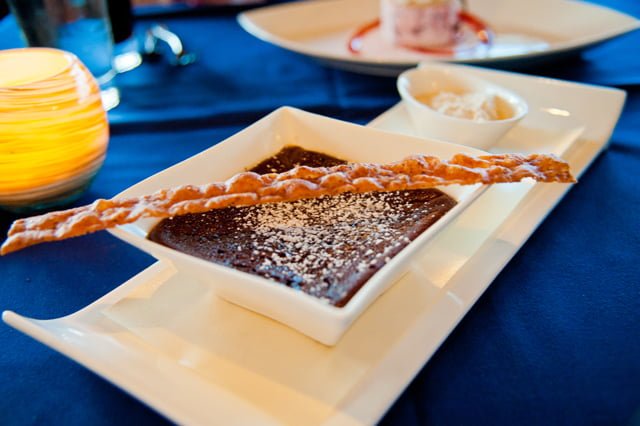 Overall, even considering the excellent appetizers and desserts, Narcoossee’s is not a restaurant that scored well with us, nor is it one I can even “recommend with reservations.” If Narcoosee’s were a restaurant in a major city charging those prices and consistently serving cuisine of that quality, it would be out of business in a matter of months. Our meal there was certainly not on par with any quality seafood restaurant in Chicago or even Indianapolis. Not even close.

Narcoossee’s is often praised by fans, so I guess there’s the chance that we caught the place on an off night. However, I think it’s equally likely that it’s drawing praise from those who are not accustomed to eating good seafood, or Dining Plan guests who don’t take the prices into account when praising it. Sure, it’s much better than Sunshine Seasons or even The Plaza Restaurant, but it’s also considerably more expensive than both, so those aren’t reasonable baselines. 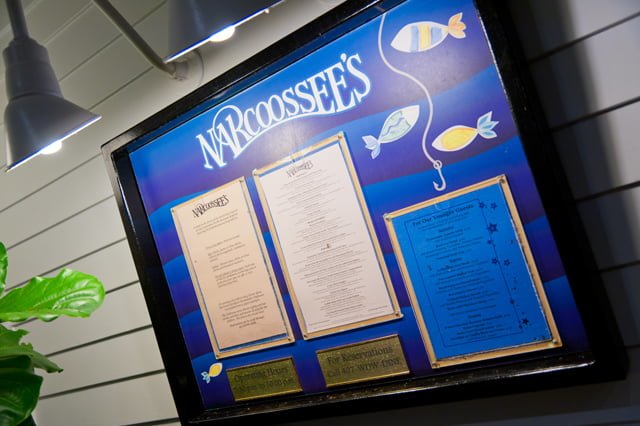 On the plus side, our server was exceptional, promptly refilling our drinks on several occasions and being present without being obtrusive throughout the meal. On both occasions when we’ve been to Narcoossee’s, the service has been great, and I suspect this is typical of the restaurant. (I’d hazard a guess that the best servers on property gravitate to the Grand Floridian restaurants, for obvious reasons.)

If we have a bad meal because of service we’ll generally give the restaurant another try in the near future because service can be inconsistent or poor at good restaurants for reasons outside the control of the restaurant. However, when cuisine-quality is the issue, as was the case here with our entrees, we are not so forgiving. Obviously, it’s possible that our meal was an outlier, but I’m not willing to take a ~$200 gamble on that hope. For some perspective on the cost of our meal, we could have eaten at Victoria & Albert’s, the best restaurant on Disney property in the US, for only a bit more (if paying out of pocket), and we would have had a far superior meal.

I can’t recommend Narcoosee’s as a Signature dining pick over any signature restaurant, including Jiko, Flying Fish, California Grill, and Hollywood Brown Derby. While all of these restaurants offer poor value on the standard Disney Dining Plan, I can at least highly recommend those five restaurants. I cannot say the same for Narcoossee’s, and it will be a long time before we return unless we do the Deluxe Dining Plan again, and want to maximize our savings. Even then, I think we’ll be better off eating somewhere we actually like and saving less.

What do you think of Narcoossee’s? Do you enjoy the theme and ambiance? What about the food? I know there are plenty of Narcoossee’s fans out there, so if you’ve been to Narcoossee’s recently, I encourage you to share your thoughts in the comments.